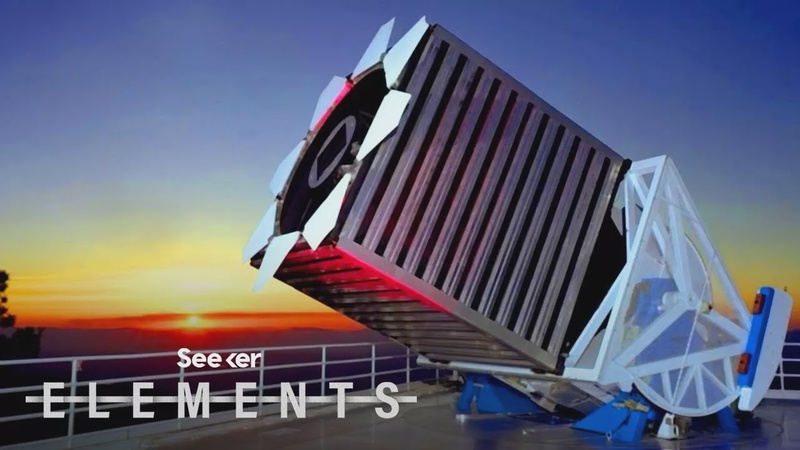 We think it all started with a Big Bang 13.8 billion years ago. Just like that, the universe burst into existence, and we can still see the remnants of this event’s afterglow in the form of cosmic microwave background radiation. But between then and today, there’s a lot of time unaccounted for.

Now after 20 years of mapping the night sky, one project has filled in an 11 billion year gap in our knowledge of the universe’s history. The project in question is the Sloan Digital Sky Survey, or SDSS, and since the year 2000, its relatively small two and a half meter telescope in New Mexico has been regularly studying the sky with the goal of creating the most detailed map of the observable universe ever.

The quality of the data the SDSS has produced in that time has made it one of the most influential tools in cosmology. The SDSS has actually released four sets of observational data over the years. The first one took place over 5 years and measured the spectra of over 700,000 celestial objects. SDSS-II lasted another three years and achieved the original goal of imaging half the northern sky and mapping the three-dimensional arrangement of 1 million galaxies. SDSS-III introduced new instruments to conduct four surveys, including the Baryon Oscillation Spectroscopic Survey, or BOSS.

BOSS mapped out the distribution of luminous red galaxies and quasars to measure the baryonic acoustic scale created by ripples in the very early universe. Back in the beginning, heavy subatomic particles like protons called baryons were caught in a tug of war. Gravity pulled them together while outward pressure from photon interactions pushed them away. These baryonic oscillations made waves that eventually formed structures like the walls of galaxies and the voids of nothingness we can see in the universe today.

By establishing the scale of these oscillations, BOSS laid the groundwork to probe deeper into the history of the universe than ever before.

The fourth and most recent observations for the SDSS started in 2014 and has wrapped up in 2020. Observations in the Northern Hemisphere have been finalized and tons of new data have just been released. When one component, the Extended Baryon Oscillation Spectroscopic Survey or eBOSS, was combined with past phases of the SDSS, it was able to measure the expansion of the universe through almost 80% of its history, going back 11 billion years. That’s a huge chunk of time that until now had been unknown to us.

Mapping the evolution of the universe to this degree has revealed some intriguing insights. For example, SDSS-IV has helped us hone in on and measure the geometrical curvature of the universe.

I know “curvature of the universe” is a pretty tantalizing phrase, but I’ll let you down quickly: it’s looking more and more like it’s flat.

But the latest survey isn’t just putting mysteries to bed, it’s also stirring up some tough questions. While the universe has been expanding since the Big Bang, that expansion appears to have started accelerating about 6 billion years ago, and has only gotten faster since. Today’s rate of expansion, known as the Hubble Constant, seems to be about 10% lower if measured with distant galaxies compared to local measurements. It doesn’t make much sense to have a constant that’s well… not constant. This so-called “Hubble Tension” has been roiling the field of cosmology... and the new data provided by SDSS-IV hasn’t clarified anything just yet.

Still, after 20 years, the Sloan Digital Sky Survey is showing no signs of stopping. The fifth incarnation SDSS-V starts this fall and will map the Milky Way, the surrounding galaxies, and supermassive black holes. If the fifth survey is anything like the previous 4, it will reveal parts of the cosmos that had been previously unseen, and have a lasting legacy on scientific study for years to come. The value of the Hubble Constant is a major problem for astronomers and cosmologists.

This Massive Wall of Galaxies Is Lurking Beyond the Milky Way