Apple and Facebook argue about the collection of user data 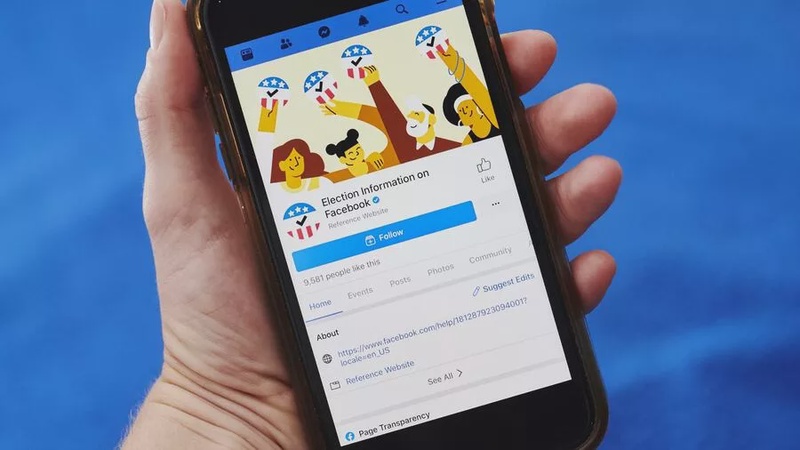 The new operating system for iPhone and iPad makes it difficult for the advertising industry to collect data. Facebook fears for business - and criticizes Apple.

In the past few years, Apple and Facebook have clashed several times - and it was often about the handling of user data. Now the dispute threatens to escalate precisely because of this issue: With a new version of the iOS operating system, the smartphone manufacturer is introducing a function that is supposed to offer customers more control over how advertising providers handle their personal information.

Facebook has sharply criticized this step : The new policy has a major impact on the ability of companies to "market themselves and monetize themselves through advertisements," it said in a blog entry.

Specifically, the social media group referred to the “Audience Network”, through which Facebook itself markets advertising in the apps of other developers - this is “disproportionately” affected by the restrictions. The background to the conflict is a widespread practice in the advertising industry: The companies mark every mobile device with an identification number, called Identifier for Advertising (IDFA).

This makes it possible to analyze usage behavior across different apps and thus to display ads in a targeted manner - for example, based on the interests or location of users. The calculation: the more targeted an ad is, the higher the price.

However, this practice is controversial. The names and addresses of the users should remain anonymous. In this complicated market, however, countless dealers and middlemen exchange data - often without the users even being aware of it. This may make it possible to create profiles that no longer hide identity: In the past, researchers have demonstrated several times that they can draw conclusions about the people from the data.

Apple emphasizes the importance of data protection - and uses it as a marketing argument. "Today, privacy matters more than ever," said CEO Craig Federighi when he announced several new features at the WWDC developer conference in June to reduce data collection on the iPhone, iPad and Apple TV to a minimum.

In iOS 14, app developers must in future obtain the consent of the users before they can log the behavior, which is called "tracking" in technical jargon. So far, the data collection can be stopped, but it is switched on by default. The difference should be noticeable: As soon as the update is available in a few weeks, users will repeatedly have to answer whether they agree to their data being passed on.

The advertising industry now fears that many consumers would rather say no. That would make their business more difficult - argues, for example, 16 European industry associations that recently spoke out. The consequences are potentially far-reaching, as numerous industries are financed with advertising, from online games to newsrooms to weather services.

How the new Apple policy will affect Facebook cannot be precisely quantified. On the one hand, the internet company markets advertising in its own apps, but here it obtains permission to process data directly from users - not much should change in that. "We expect less influence on our own advertising business," it says in the blog post.

On the other hand, Facebook markets via the “Audience Network” in the apps of other companies - similar to what Google does with Admob. So far it has worked like this: The developers of various applications are integrating the network, the Internet company plays advertising based on the interests of the users, and both sides share the turnover. Due to the changes in iOS 14, Facebook no longer wants to use IDFA. The decision may be reconsidered when Apple gives more details, the blog post said.

Without the personalization of advertising, sales with the “Audience Network” could plummet, warns Facebook: In tests, the decline was more than 50 percent. It may even no longer make sense to offer the network on iOS devices. The exact effects are unclear, however, and the transaction is not reported separately. But it is likely to be a smaller part of the $90.7 billion in sales.

Despite the changes in iOS, there will still be personalized advertising on the iPhone and iPad, even if the users do not explicitly agree: Apple itself offers a program for this. In the new operating system, it is switched on by default in the settings in a separate menu.