Can Social Media Still Bring You ANY Website Traffic in 2020

The social web is huge, from Facebook to Pinterest, when you combine them all, it's over billions of eyeballs per year. But, if you've been doing business on the social web for awhile you've probably watched things become harder and harder every single day. I ran a study and pulled 483 companies who all are leveraging Facebook, YouTube, Instagram, Twitter, LinkedIn and Pinterest. And today I'm going to show you whether or not businesses are actually getting any traffic from social.

I'm going to break down can social media still bring you any website traffic in 2020?

There's always a big debate as whether or not social media is worth it for your business in terms of traffic. This study is conducted to help paint a better picture of how useful social media really is for your business. Important disclaimer, this study I focused solely on organic traffic and not paid. Right, from a paid acquisition standpoint social media is really simple. You spend a dollar, you should make more than a dollar. That is super effective even to this day. If it wasn't, Facebook wouldn't be worth hundreds of billions of dollars. Snapchat, Pinterest, Twitter, LinkedIn, they're all worth billions of dollars because paid ads on social media are still effective. Sure, it's harder and harder each year, but it's still effective. 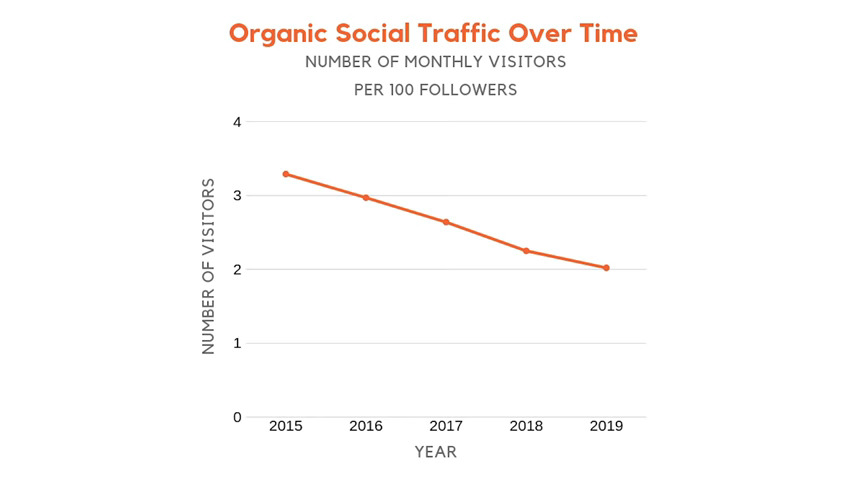 It's safe to say that the traffic has died down over the years, and it's likely due to the fact that social channels are bringing down organic reach. In 2015 you can generate roughly three visitors of month for every 100 followers. However, now that number's just roughly two visitors per month. That's a 38.6% drop in organic traffic.

Now when you look at traffic by social channel, let's first start off by looking at which channels drive the most traffic per 100 followers. Facebook and Instagram are somewhat of the lowest in the chart. Instagram really isn't a shocker because you can't really add links to your posts. Sure you can add links within your bio, you could do the swipe-ups but still, Instagram, not much of a shocker.

What is a surprise though, is Pinterest was the winner by far, followed by LinkedIn and YouTube. 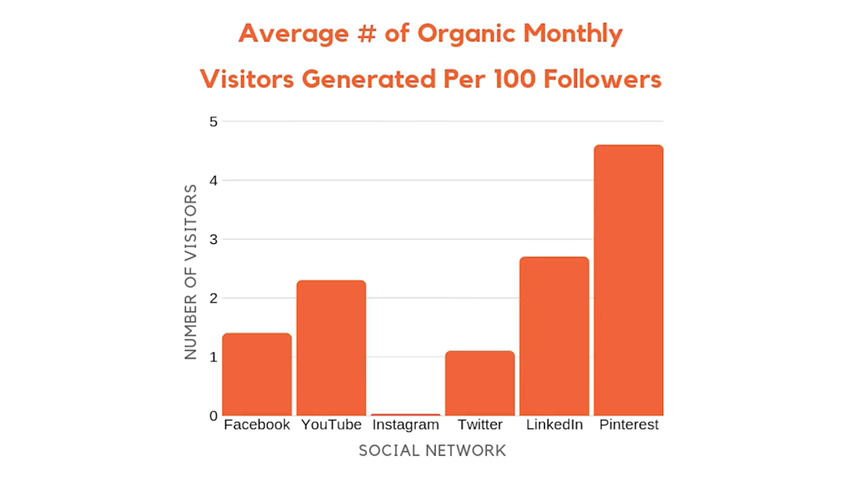 So if you want to get the most traffic start off with Pinterest first and then LinkedIn. I often get asked, how often should I post content? 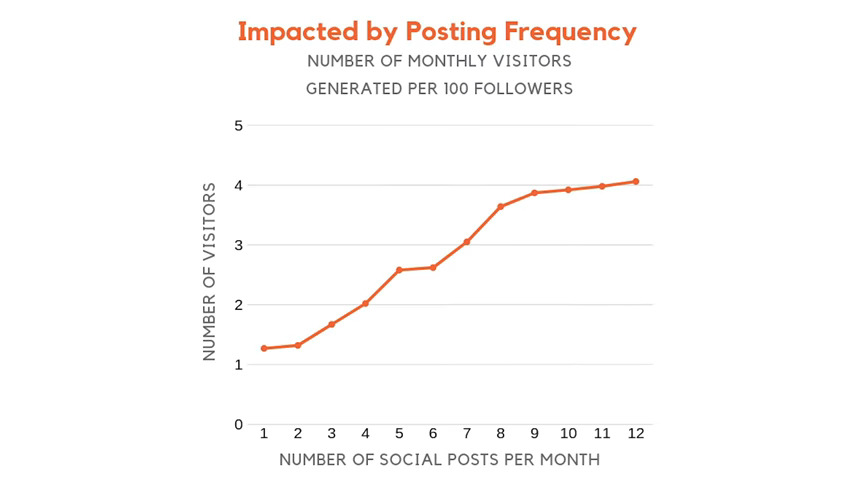 Well this chart may help. In general, posting more should drive you more traffic. However, the study shows that after eight posts a month you'll start seeing a diminishing return. Now this is due to the way the algorithms are set up. The more that people engage with your content, the more of them that'll see your future content as you post it. This is why it's important to only post high quality content and not mediocre content.

If you're posting mediocre content, yeah you may get traffic in the short run but as time goes on you'll get less and less engagement over time and your numbers will die down. Now on the flip side, if you're posting truly engaging content, let's say like the Gary Vee's or the Grant Cardones of the world, you can post multiple times a day, but most people aren't posting content that's that engaging. It's hard to have a true following year-round and constantly filming. For that reason, if you're going to post and you have that, sure post as much as you can, but for most of us, including me, limit the number of times you post to the content that is super high in quality. If you can produce five amazing pieces of high quality content a week, then do five. If you can do 20 a week, do 20. If you can only do five a month, then do only five a month. If you can only 10 a month, then only do 10 a month, but limit your number based on the quality of the content that you're producing.

Now let's look at social channels and which ones prefer videos. So you're probably wondering, hey, which networks prefer videos? Well, it's easy to see that Instagram produces the most amount of views by far, followed by LinkedIn and YouTube. 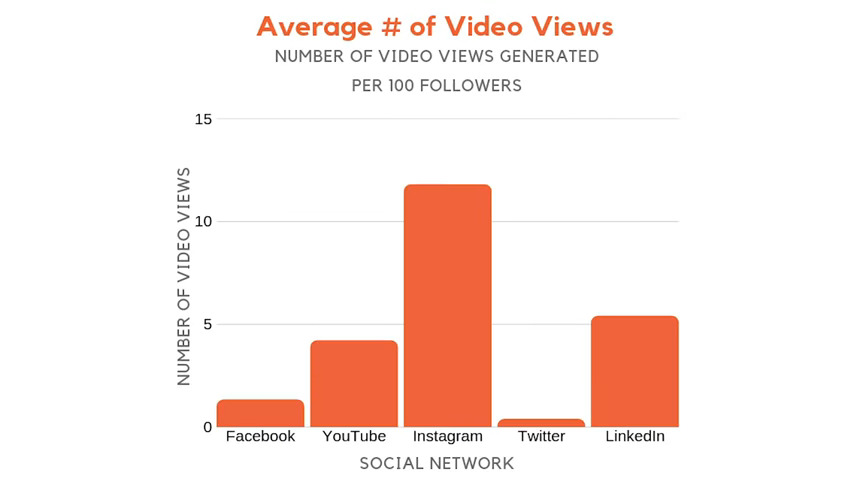 Now while it's important to post video content on all channels, Instagram, LinkedIn and YouTube should be your top focus. By doing YouTube SEO you can also continually see video views over time climb, while with the other channels, typically when you post a video it'll do well within the first few days or week and then it dies down.

Now let's look at how well live videos perform on each channel. The results are similar, with Instagram and YouTube leading the pack. 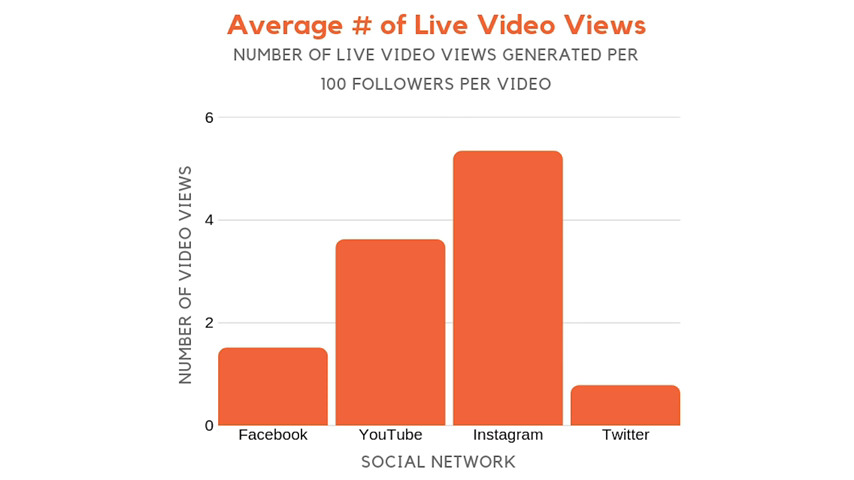 The big takeaway here is live videos don't generate as many views as regular videos and the main reason is is, and this is likely that non-live videos can be optimized for SEO much more than let's say live videos. And if you're doing videos, whether they're live or non-live, you should use tools like Ubersuggest. You can type in any keyword within Ubersuggest and it'll show you all the other relevant, related keywords that you can be going after. 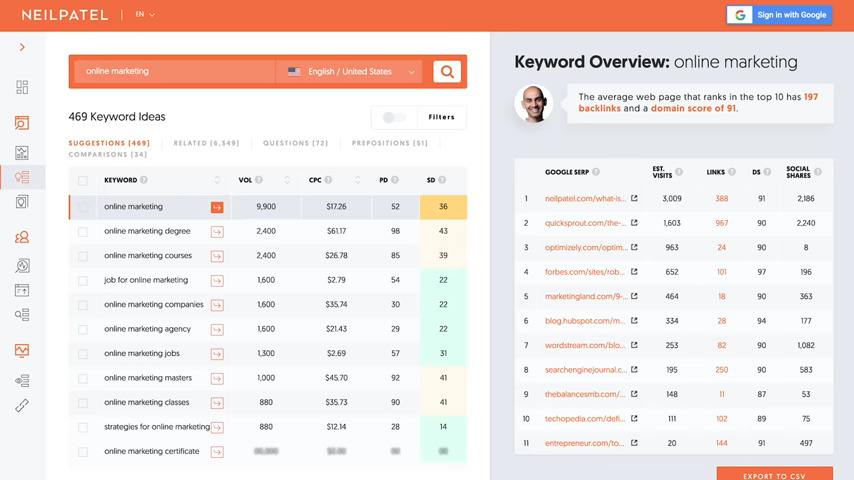 The next thing I want to look at, how much revenue is generated from social traffic. So here's a percentage of revenue that each business has generated from organic social media traffic over the past five years. 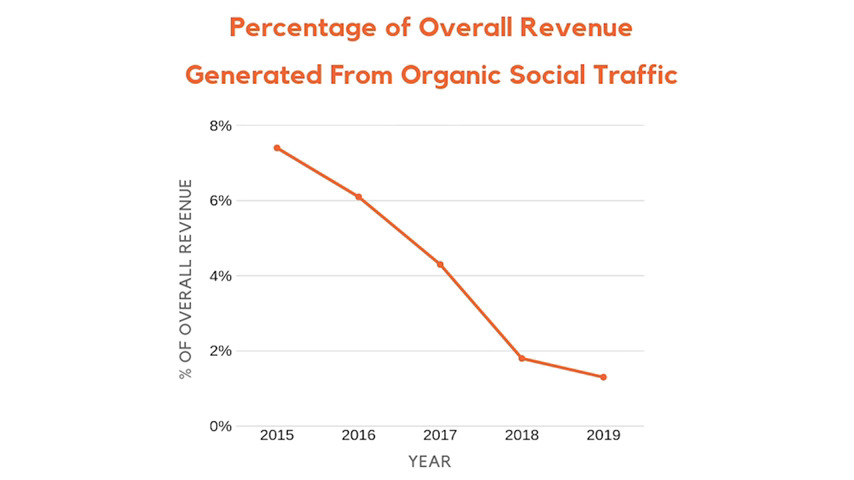 Although it has been declining over the last few years the numbers are finally starting to flatten out. The decline likely isn't solely due to algorithms getting tougher, but that businesses are diversifying their marking approaches to omnichannel approaches. This way you can combat it and continually generate revenue from social media. Keep in mind, over the years, more and more social media platforms have gotten more popular, which then gives you more opportunities to monetize.

So the big takeaway, social media is still a force to be reckoned with. On average, you'll receive two visitors a month for every 100 followers, and as you scale your follower count, so will your visitor count as well. In general, if you need help with your social media traffic, check out my ad agency Neil Patel Digital.

The Two Marketing Careers That Will CRUSH IT in 2020