Chainlink Explained: What is Chainlink Crypto? 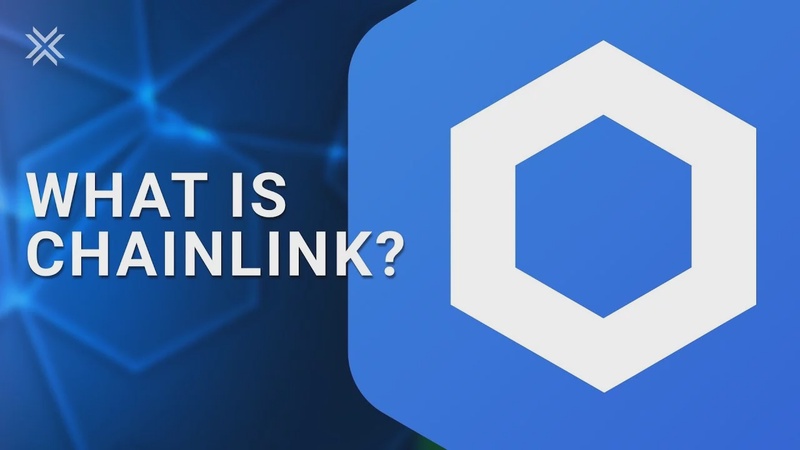 In the last 2 years, Chainlink has become  one of the most popular projects in the   entire crypto ecosystem, with a large  community of followers that hodl the   native LINK token in much the same way  that preppers hodl canned vegetables. But what problem does Chainlink solve,  and how does it work? What’s the purpose   of the Chainlink token LINK? Join us as we  take a closer look and answer the question: What is Chainlink?

Arguably the most game-changing  innovation in the crypto space,   after the creation of Bitcoin, has to  be the development of smart contracts.   Smart contracts were originally proposed by  Ethereum’s legendary founder and programmer   Vitalik Buterin and are basically lines of code  that allow two parties to execute an agreement   without the need of a third party. So picture  selling your house to somebody that you’ve never   met, with no real estate agent in the middle, just  a trusty algorithm that both parties can rely on.

But most smart contract platforms are isolated  on individual blockchains and unable to connect   with external data feeds. This would make smart  contracts unable to react to real world events,   for example, when a goal scored in a football  match that changes the odds on a betting platform.

Chainlink solves this issue with its network of  decentralized data providers, otherwise known   as oracles. This continuous feed of live data  comes from multiple sources that are spread all   around the world, making it more reliable. To  take part in the network, the data providers   are required to stake the platform’s native LINK  token, and from that point they can earn rewards   by providing accurate information or have their  stake slashed if they send false information.  This incentivizes cooperation and keeps  the network secure from bad actors.

As more and more smart contract platforms  go live on their respective blockchains,   Chainlink and other smaller oracle providers,  like Band Protocol, DIA and Tellor,   should find their services very much  in demand. Within the oracle space,   Chainlink has the benefit of first-mover  advantage and larger amounts of funding.

The popularity of the project  among investors comes from the   huge amount of working partners  that Chainlink has already amassed.   Almost every Ethereum-based DeFi project, from  Aave to Yearn Finance, relies on Chainlink’s   supply of live prices in order to do things  like adjust their lending and borrowing rates. Chainlink is also a key component  of many blockchain platforms,   including industry movers Binance and Polkadot.

This impressive list of partnerships also  extends outside the blockchain world,   as Chainlink boasts business relationships  with Swift, Google Cloud and Intel. A strategic purchase of DECO, a project  that improves how data is sent securely   over the internet, suggests that Chainlink is  interested in providing data solutions for large,   private enterprises that want a guarantee of  protection for potential confidential data.   If it achieves this, Chainlink could be one of  the first blockchain start-ups that achieves   true mainstream adoption in the corporate world.

Despite all of the positive  developments around the project,   Chainlink has recently  received some negative press. The project faced accusations of  centralization when it was pointed   out that just 125 wallets control  80% of the total link supply. On the surface, this suggests that the  integrity of the network could be manipulated   by a relatively small group of token  holders. But Upon closer inspection,   35% of this wealth is held in one wallet  from which node operators are compensated,   so over time, it should continue  to be more widely distributed. A further 25% of tokens belong to  the Chainlink team, and are slated   to be used as funding for development, which  should benefit the platform in the long run.

Another factor to consider is that,  unlike with many other projects,   Chainlink’s native token is not used for  governance, so a concentration of funds   in fewer wallets does not necessarily mean  that the project is centralized. In fact,   each individual network in the Chainlink ecosystem  is free to implement its own governance scheme.

Let us know your Chainlink price  prediction in the comments and   any juicy chainlink news we may have missed.

What is Solana? Solana Coin: SOL