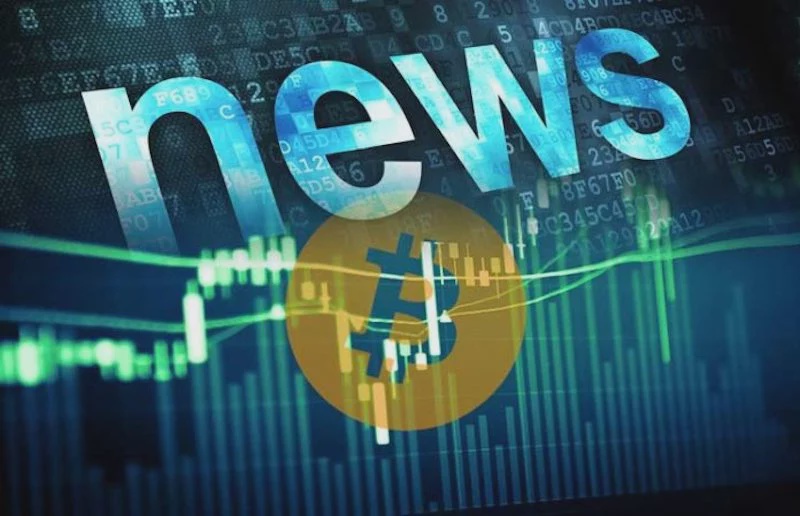 Another week and another stalwart  institution is buying up Bitcoin.   You know it’s big news when the institution  doing the buying is more than 150   years old! On top of Bitcoin buying we’ve got  lots of other great news for you this week.

Speaking of old, classic game maker Atari is back  and it turns out they're big into blockchain, the   EOS network is expanding their horizon, and stocks  can now be traded with Crypto 24 hrs a day.

Crypto exchange Bittrex has announced that  they’re going to allow their customers to purchase   stock shares with crypto. For example, ares.  According to Bittrex they’ll begin by supporting   shares from big tech companies like Facebook,  Tesla, Apple and Google to name a few.  This is pretty big news since until  now there’s never really been a way   to buy stocks with Bitcoin.

Although nobody can predict the  future, it’s probably fairly uncontroversial   to say that within 5 or 10 years, all  company shares will trade as tokens versus   traditional stocks. There are just so  many benefits to this a tokenization   system that it’s hard to imagine it won’t  get universally implemented at some point.

The Massachusetts Mutual Life Insurance Company,  or commonly known as MassMutual for short,   has announced that they’ve bought $100 million  worth of Bitcoin for their investment account.  At this point the news isn’t as surprising  as it would have been a few months ago.   Here in the crypto community we’re getting  used to large institutions buying Bitcoin   as a store of value. That being  said, there are still a couple of   interesting things about this particular  purchase, we think are worth covering.  First off, podcast host and Bitcoin investor  Chris Dark pointed out that $100 million   is just 0.04% of MassMutual’s Assets Under  Management. In order to even reach a 1% Bitcoin   allocation, MassMutual would have had  to buy $2.5 billion worth of Bitcoin!

This just goes to show how much institutional  money there is out there, and how much BTC   institutions could potentially buy once they  really start entering the crypto market. Travis Kling, the founder of the crypto fund  Ikigai, had this to say about the purchase.

Imagine being a macro hedge fund not involved in   BTC and you get beat to the trade by a  firm that's older than the lightbulb.

MassMutual was founded in 1851, almost  160 years before Bitcoin was invented,   and yet they’re now invested in BTC. If Travis  Kling is right, this could really be the extra   push needed to get other institutional buyers into  the space. If MassMutual can do it, anyone can!

The Canadian dollar stablecoin QCAD  has announced that the crypto will be   moving to the Algorand platform. According  to the Algorand team, this will enable QCAD   to be used for micropayments as well as regular  purchases, since Algorand has significantly faster   confirmation speeds than decentralized  platforms like Bitcoin and Ethereum.  In fact we actually talked about this possibility   not too long ago in an  article on the Exodus blog.  “Similar to Bitcoin or Monero, Algorand is  designed to be used as a payment cryptocurrency.   As a decentralized network  with fast settlement speeds,   Algorand could potentially be a good crypto  to buy the proverbial cup of coffee with.”   So this prediction is playing out pretty well.  Because Algorand is a very fast blockchain you   can actually have transactions that are fast  enough to enable real time payments.

For example,   if a grocery store in Canada started accepting  the QCAD stablecoin, you could pay with it   and the transaction would clear in just a few  seconds. The same thing for using QCAD to make   an online purchase, the transaction would confirm  in seconds just like a credit card payment does.  It will be interesting to track the  progress of the QCAD stablecoin,   especially whether merchants start  accepting it. In addition to QCAD,   USDT and USDC also recently began  operating on the Algorand chain.

You’ve probably already heard  of wrapped Bitcoin, or WBTC.    WBTC has gained a lot of popularity  in the DeFi ecosystem and now the EOS   network is attempting something similar  except that instead of wrapping Bitcoin,   EOSFinex is going to be wrapping ERC20 tokens.

First off, EOSFinex is a non-custodial exchange  built on top of EOS with the support of Bitfinex.   The exchange is going to bring 15 wrapped  tokens to EOS, most of them governance tokens   from some of the most popular DeFi protocols  on Ethereum. Some examples include Uniswap,   Maker, DAI, Link, Aave and  about ten other tokens as well.  What this shows is how dominant Ethereum’s DeFi  ecosystem is. EOS is supposedly an Ethereum   killer, yet an EOS based exchange is integrating  Ethereum assets onto it’s own  blockchain.   The hope is that by having these wrapped  tokens, EOSFinex can increase its liquidity   and get more traders to use the platform.

Just because a company has been around   for a while doesn’t mean it can’t adopt new  technologies. Atari, the classic games developer,   recently launched the Atari token which is  designed to be used as an in-game currency.   The Atari token uses the ERC20 standard  and runs on top of the Ethereum blockchain,   which means that it will be interoperable with  DeFi protocols like Uniswap and Compound.

The hope is that gamers will use the  currency in some of the games that Atari   is currently building. For example,  the token will be integrated into Karma   the Game of Destiny, as well  as a few betting games.  The key piece of technology behind  the token is the Atari VCS console.   This new gaming console is designed  with native support for the token   to make the experience of using the  new currency as easy as possible.

As a bonus for you collectors, Atari is also  interested in non-fungible tokens. The company   has plans to launch NFT collectible art pieces  that are derived from some of their popular games.   Then there’s a partnership with  the blockchain gaming protocol   Enjin. This partnership will  let developers create classic   Atari branded games like Pong and Asteroid  that can be played on the VCS console.

This is a really cool story of a classic  company recognizing the benefits of blockchain   and using it to create a better experience  for their users. In a way it’s not that much   different than MassMutual, which is hoping that  Bitcoin will help the company to protect its   balance sheet against inflation and other  shocks to the traditional financial system.

Nic Carter has called the widespread adoption of  crypto a, “most peaceful revolution.” That’s what   we’re seeing this week, as legacy institutions  step into crypto and the community welcomes them   to the party.