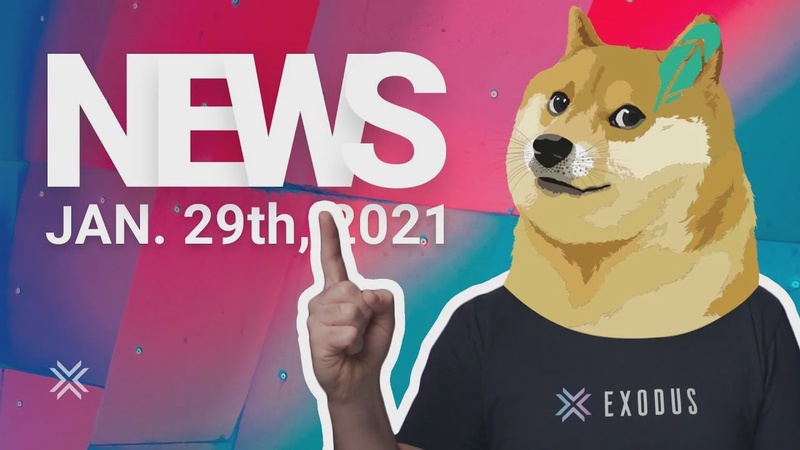 How does a Doge become a millionaire? Not a trick question and the simple answer is, you get a bunch of Redditors to break Wall Street. This week saw the curtain pulled back on how the rules for wall street hedge funds don’t apply to everyday retail investors on main street and once the Redditors were finished with the wolves they made their way right back to the Dogs, I mean Doge.

Frank Zappa had a great quote,

The illusion of freedom will continue as long as it's profitable to continue the illusion. At the point where the illusion becomes too expensive to maintain, they will just take down the scenery, they will pull back the curtains, they will move the tables and chairs out of the way, and you will see the brick wall at the back of the theater.

Frank lays bare the situation we found ourselves in this week. We, the regular people, the tens of millions of Americans who don’t know how high frequency trading works and don’t have access to the Fed money printer, have been baited with the illusion of freedom and a voice in the system. The establishment is happy to grant the illusion of freedom but only so long as the plebs don’t overstep their bounds. However, should the lower echelons reach for power, the illusion well, must be dismantled.

There’s lots of great articles and Twitter threads explaining the situation with Wall Street Bets and their coordinated “investment” into Gamestop. In brief, thousands of retail traders bid up the price of Gamestop, causing a heck of a lot of financial pain to the hedge funds that had shorted the stock. Most famously, the hedge fund Melvin lost several billion dollars and was forced to close out its short position. Retail traders one, hedge fund Melvin zero.

If Wall Street and the United States government, which too often feel like the same thing, were smart they would ask a few questions... Why are the Wall Street Bets traders willing to risk so much capital just to prove a point? Is this just a game, or is this indicative of a larger underlying problem in American society? Should we speak to this community to find out why they’re doing this and how we can change our corrupted systems? Yeah, no.

Instead of asking questions, Wall Street brought the hammer. Something must be done! They demanded on live television. And indeed, something was done. Robinhood, TD Ameritrade and other platforms have all blocked users from trading GME, AMC and a few other popular stocks.

This was apparently done without due process or a consideration for the retail traders. Game over, thanks for playing, try again later. One side effect of this suppression is that it proves why decentralization is so crucial.

The shutdown of the GME and AMC trades makes a great case for why DEXes are no longer just nifty toys but genuinely important infrastructure. The driving force of DeFi is that you can’t have your account closed. You can’t be blocked from a trade. You can’t be censored by the billionaires. Now more than ever we’re seeing why this is so important. NLW captured the moment when he said, “This is not about GameStop. It's not about Melvin. It's not about Robinhood. It's about power. Who has it. Who is fighting to reclaim it. And what we're going to do to help.”

This is an emerging ongoing story, so we’ll do our best over the next week to help keep you updated and with that short history we’ve almost caught up to the present and the logical place to go for milliions of people after WallStreetBets broke the facade of the “open and Fair market” you guessed it, crypto. And since this is a story that started on Reddit, the first stop is everyone’s favorite shibe. DOGE As of Thursday night, DOGE ran up a cool 887% in 24hrs. You heard that right, Eight-hundred-and-fifty percent. That’s something like 100 years of average stock market returns, in one day. Just, epic.

Of course, whenever anything goes up over 800% in 24 hours there’s bound to be a correction. And that correction comes at a cost, sometimes that cost is being the victim of your own success. I can’t wait to see the memes about how DOGE broke crypto, for a short time. It’s been a wild ride and if there’s one key point, it’s that you shouldn’t underestimate the magnitude of what Wall Street Bets did with Gamestop. The time has come for change, and this could well be the first awkward step toward a new system. We’re already seeing the waves approaching in crypto.

How The GameStop Bubble Happened