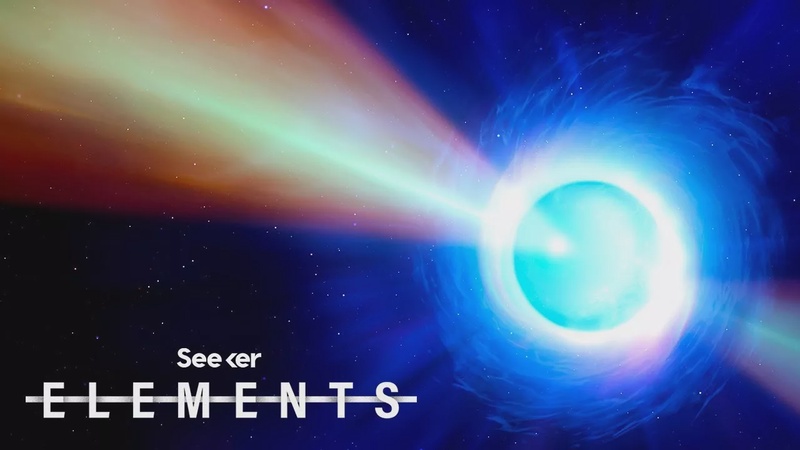 Lighthouses have helped safely guide mariners for centuries. As space explorers consider traveling to destinations like the moon and beyond, future interstellar travelers may one day receive similar guidance from NASA’s new pulsar-based navigation system. Which is what exactly?

When a star that’s roughly one and half times the mass of the sun explodes in a supernova, its core collapses into a smaller, dense object called a neutron star.

Neutron stars spin rapidly, emitting visible light and high energy radiation like X-rays and gamma rays. These energetic powerhouses are known as pulsars, and so far scientists have found over 2000 in the known universe. The radiation emitted from a pulsar’s magnetic pole doesn’t align with its spin axis, creating a beam that sweeps across the dark sky like a cosmic lighthouse. When this beam crosses our line-of-sight, it appears as a pulse. The ones that rotate the fastest are called millisecond pulsars, and their beams whip around hundreds of times per second.

Imagine an object with a mass more than the sun, spinning several times faster than a Formula One engine! Historically, millisecond pulsars have been exceptionally useful thanks to their incredible precision.

Since their discovery, their timely blink has helped astronomers confirm the Theory of Relativity, detect the earliest exoplanets, and accurately measure cosmic distances.

As NASA sets its sights on distant planets, spacefaring explorers will need a way of orienting themselves in space. Here on Earth, we use the satellite-based GPS. These satellites carry atomic clocks that provide extremely accurate time, which gets used by your phone or car to help calculate your position. GPS works fine if you’re on Earth or close to it, but once you go beyond its range, the signal weakens till... you’re lost. You can’t just pull over and ask for directions to the nearest planet.

Since the 60s, NASA has primarily used the Deep Space Network to track missions beyond Earth’s orbit. It’s made up of three ground stations located in: Australia, U.S.’ California, and Spain.

They’re approximately 120 degrees apart, and they beam up radio waves to a spacecraft and log details as the signals return. Navigational data is calculated on Earth and sent back, helping ground control keep missions on the right path. But if that radio link with Earth is lost, a spacecraft can find itself adrift. Some manned missions, like the Apollo program, have even carried an antiquated sextant in case this happened, so they could fix their position against the stars, like old timey mariners lost at sea.

A better solution would be if a spacecraft could navigate independently… no ground control required. This is where our friends the pulsars come in. Millisecond pulsars spin with such amazing regularity that they're among the most reliable clocks in the universe. With their predictable pulsations, they provide high-precision timing just like GPS satellites do.

Accuracy is so important because in spaceflight, it’s the difference between landing on a planet...or crashing on it. And this technique of X-ray pulsar navigation is actually showing promise on the International Space Station. Mounted on the station's exterior is a piece of equipment called Neutron star Interior Composition Explorer or x.

It packs an array of 56 X-ray telescopes into an area the size of a washing machine. Its purpose is to study neutron stars, including the rapidly blinking pulsars. NICER scans the sky detecting and timestamping the arrival of X-ray photons within 100 nanoseconds of accuracy, or better. A software embedded into NICER, cleverly named SEXTANT or Station Explorer for X-ray Timing and Navigation Technology, then analyzes that data, comparing it with an almanac of known pulsars, looking for their unique fingerprint.

In November 2017, NASA used four different millisecond pulsar targets to successfully demonstrate that SEXTANT could determine the position of the ISS within 5 to 16 kilometers of its actual position. Scientists are hoping to get more than just navigational help from NICER. NASA currently uses radio frequencies to talk to and locate the various rovers and probes scattered across our solar system as well as manned missions closer to home.

NASA is now considering testing SEXTANT for use on the Lunar Gateway, a mini space station meant to aid long-term missions on the lunar surface, and eventually, Mars. Who knows, in the future, if space explorers are lost in a sea of stars, they can use cosmic pulsars as beacons to guide themselves home.

By the way, if you scooped-up a teaspoon of a pulsar, it would weigh as much as Mount Everest...and you would need a very strong spoon.

A Guide To Navigating the Stars Without a Smartphone