Galaxy Note 20+ Battery | Apple To Have A BETTER Display 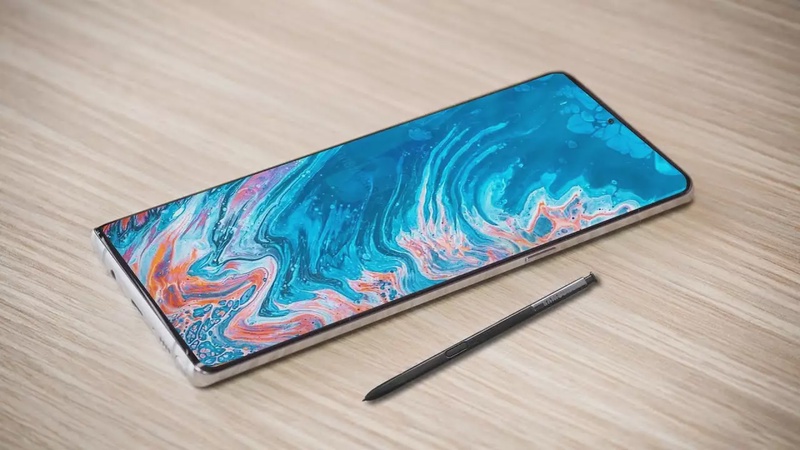 A few days ago we learned the battery capacity of the smaller Galaxy Note 20 variant and it's the same as the Galaxy S20 which is 4000mAh. The Galaxy Note 20 will have a 6.42" display with a 60Hz refresh rate so 4000mAh is enough to power the all day without needing to charge it again in the middle. The battery capacity of the larger Galaxy Note 20+ variant has been leaked as well which may bring quite a bit of disappointment for those expecting a similar or bigger battery than the Galaxy S20 Ultra. Dutch website Galaxy Club says the Galaxy Note 20+ will have a 4500mAh battery which is significantly less than the 5000mAh battery on the Galaxy S20 Ultra. This was kinda expected since Samsung also have to include an S-Pen inside the handset which takes a lot of room, but I was expecting a 4700 or 4800mAh cell on the Note 20+ which clearly didn't happen but on the bright side, the new LTPO display which consumes 15 to 20% less battery compared to the traditional LTPS display will help achieve the Galaxy Note 20+ an overall good battery life.

Coupled with the new more efficient 6 nm chipset the Exynos 992, the Galaxy Note 20+ should have a battery life similar to the Galaxy S20 Ultra if not better even with lower battery capacity.

Since there won't be a Galaxy Note 20 Ultra this year, a lot of people were wondering whether or not there will be a 108MP camera on the Note 20+. Well, we got an answer for that today courtesy of Galaxy Club, and they say the Note 20+ will indeed feature the 108MP camera. They didn't mention whether or not there will be 100x space zoom but if I were to guess the Note 20+ will have the feature because it doesn't make sense for it to not have it. Samsung has fixed the autofocus issues with firmware updates on the S20 Ultra so expect the same zoom capabilities on the Note 20+ as the S20 Ultra. Galaxy Club mentioned however that the smaller Note 20 won't have a 108MP camera which was expected. The Note 20 should have a similar camera setup as the Galaxy S20+.

So to counter Samsung's 108MP camera sensor, Sony released a 50MP camera with the biggest sensor of all time that has ever been put on a smartphone. And now to counter back, Samsung will release a 50MP camera of its own with a bigger sensor size than their 108MP camera at 1/1.3". 50MP doesn't sound as fancy as say the 108MP or even their upcoming 150MP camera sensor on the Galaxy S21. But this is a flagship processor with even bigger sensor size than the 108MP camera, so don't be surprised if this sensor yields better results than the one on the S20 Ultra.

According to Ross Young iPhone 12 Pro Max will have a 10-bit color display.

Added aspect ratios and tweaked the resolution a bit based on latest info. pic.twitter.com/MtsxN9T9iQ

In comparison, almost all smartphones out there have an 8-bit display. Let me explain it in simple terms If you don't know what these terms really are. You see almost all phones, TVs, and computers utilize 8-bit panels, meaning the panel can display 2^8 (256) shades of Red, Blue, and Green each for a combined 16.8 million different colors.

These figures are enough for general usage, but can clearly be discerned with issues like the smearing of moving UI elements and color ‘banding’ (where the edges of each shade of color are distinct). The new 10-bit panel can display 2^10 (1024) shades of each of Red, Blue, and Green for a combined 1.07 billion colors; such a gargantuan amount that individual colors are indistinguishable to human eyes.

If you're still confused this image should help clear all the doubts.

The 10-bit color looks just better because the human eye can not distinguish the individual shades. Though this does not have any drastic effect on the experience, it does just slightly improve it. So Apple is going with this display and since Samsung is the one who's making this display it remains to be seen whether or not Samsung will have it as well on the Note 20+. Let me know what do you think about this down in the comments.