Galaxy Note 20 Ultra - THIS IS INTERESTING 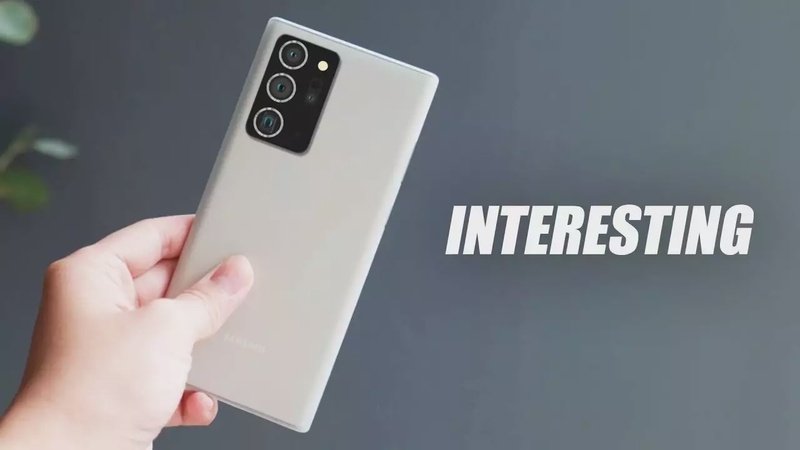 He first shared the information on Reddit but it was deleted for some reason. To be clear upfront, I usually don't believe random person messaging or emailing me and making claims they have information about an unreleased product but some information this person shared aligned pretty perfectly with what I've heard from my sources. So I thought let's share that information with you as well.

Next, the renders from Onleaks showed us that the camera lenses on the Note 20 Ultra will have a shiny outer ring like the one on the iPhone 11 Pro. Well, that's true except it won't be shiny. It will be more like a matte chrome color. But the frame of the handset is like shiny steel, I would say more like the frame of the Galaxy S20 Ultra where it's tougher than aluminum but it's not stainless steel.

Moving on, in the current software on his Note 20 Ultra there are only two options to set the display refresh rate and that is 60Hz and 120Hz LTPO. There's no option to set it at fixed 90Hz which makes sense as the LTPO display will automatically vary the refresh rate from 1Hz to 120Hz depending on the content being shown. So I don't think there's even a need for a 90Hz refresh rate option.

Next, remember Ross Young said a few weeks ago that even the base variants of the Note 20 and Note 20 Ultra will offer 16GB RAM, well that's not true either. Apparently the test variant of the Note 20 Ultra that he has got has 12GB RAM. Not only that but the base storage option is going to be 128GB as opposed to the rumored 256GB. Last year both the Note 10 and Note 10+ started at 256GB as base so this will be a downgrade and it wouldn't make sense at first glance. But months ago my sources have told me the exact same thing that the Note 20 will have 128GB storage as the base. So it's totally possible that this is indeed true.

The S20 Ultra also starts at 128GB so it makes sense Samsung has decided to do the same with the Note 20 Ultra. Moving on, the S-Pen is made from plastic like before with added new functionality. The one he shared is interesting and I'm not really sure if it's going to make it to the retail units but apparently you can record your voice with the S-Pen while taking notes. I'm not sure how is that even going to be helpful, maybe video content creators could find it helpful as it could potentially act as a mic. But I'm not buying it. This is the only thing that I find sketchy with all the information he shared. I asked him for more clarification on this and hopefully, he gets more details about this from his friend.