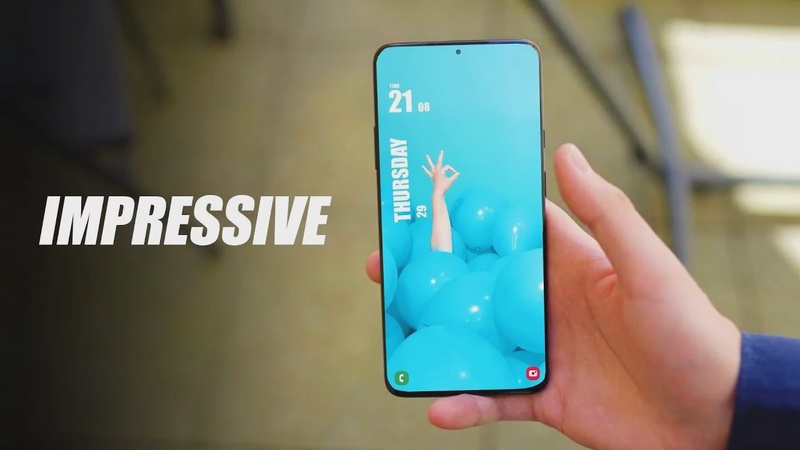 So about a week ago we saw the first look at the Galaxy S21 Ultra that showed this camera setup consisting of 4 camera sensors. It originated from Onleaks who as you know is one of the most reliable tipsters out there.

And now he updated the design saying the S21 Ultra is getting an additional camera sensor. It's not uncommon for subsequent leaks to see changes to the original design, as Samsung or any other company normally has multiple prototypes of the same model but only can go through the final production stage. Which is what we are seeing with Jimmyispromo, who says the Galaxy S21 will have a different camera layout than these Onleaks' renders and further reveals that the sides are flat kind of like the iPhone 12 lineup.

It seems Jimmy does have this prototype with him but seeing how we are getting this same wrap around camera renders from different sources, it's safe to say Samsung has decided to go with this camera layout instead.

But in any case, I would love to see the prototype Jimmy has.

Anyway, Onleaks say that Samsung was quite indecisive regarding the Galaxy S21 Ultra rear camera configuration and according to his sources, the latest Design Validation Test prototype, it’s the final stage before mass production, features up to five rear cameras.

Now here are the camera configuration of the S21 Ultra which includes two telephoto cameras for short and long-range zoom but the technical specifications of that 5th camera setup haven’t been revealed yet which I'm sure we'll come to know in the coming days.

In any case, the addition of this 5th camera sensor on the S21 Ultra means it will be the first Samsung phone to have 5 rear cameras. The upcoming Galaxy A72 will also have 5 rear cameras but two of them include depth and macro camera which isn't that impressive considering you can achieve the same effect with the main camera itself.

Samsung launched the foldable Galaxy Z Flip alongside the Galaxy S20 at the same unpacked event, but that's not going to happen with the Z Flip 2. Samsung will launch the S21 in early January while the Z Flip 2 will be launched sometime during Spring in 2021 but no specific timeline is known. That's according to Ross Young, the CEO of display supply chain consultants. He also says that the phone will get impressive upgrades compared to the original model but there’s no information about what these upgrades are. If I were to guess, it should be a larger front screen kinda like the Moto Razr, a 120Hz display, a triple camera system, and more. I also hope Samsung increases the inner display to around 7" because I find the display of the original Z Flip which is 6.7" a little smaller for a foldable flip phone.

Speaking of foldables, there's a new patent from Samsung which shows a phone like the Galaxy Fold with a sliding keyboard.

Let's go digital made a render based on this patent and said the Galaxy Fold 3 might have it which I can confirm is not going to happen. The Z Fold 3 will not have this design, but it's a cool patent nonetheless.

With that said, let me know what do you think about this down in the comments.