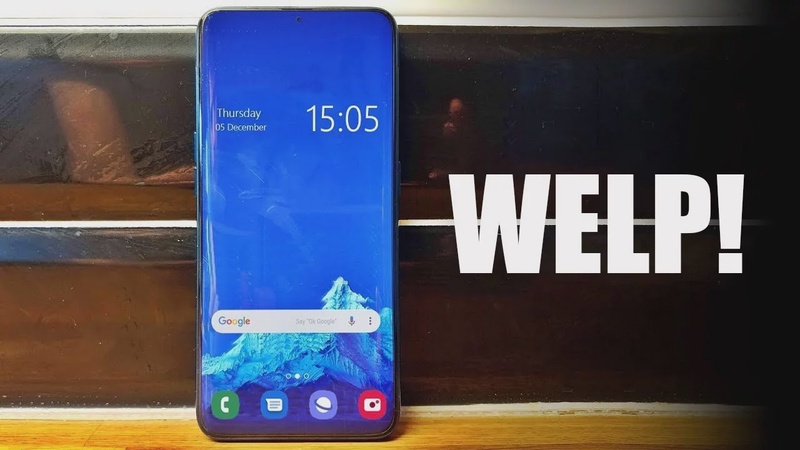 In a massive leak, the Galaxy S21 lineup has been revealed in an official teaser that shows the design of the handset. To be clear these videos aren't fan-made but rather are coming straight from Samsung but in the form of leaks.

As you can see, the Galaxy S21 and S21 Plus are shown in violet colors with a bronze camera module and the frame. In fact, it's really hard to tell the difference between the S21 and S21 Plus. Both look identical in these videos. Not really sure if it's a good design choice to use two different colors but definitely it helps the handset look unique. The flat display on both the S21 and S21+ has been confirmed as well.

The Galaxy S21 Ultra has been shown in the phantom black color and if you want the best flagship S series handset then this is the one to go for. Looks exactly like the renders we've seen yesterday with that wrap around camera and everything. The curved display has also been confirmed. Only the S21 Ultra is getting a curved display this time a move to keep the production costs of the other two S21 handsets low.

Moving on, Samsung has a habit of mocking Apple for the dumb things they do, but they also have this weird obsession of doing the same almost a year or two later. They did it with the headphone jack, the notch, the expandable storage, and now with the charger.

They mocked Apple and the iPhone 12 for not having a charger in October and now just three months later on January the 14th, they are going to do the exact same thing. I mean earlier at least they used to wait for a year or two before embarrassing themselves but now it looks like they don't even care.

The new Galaxy S21, Plus, and Ultra have just been approved by ANATEL in Brazil, which is the equivalent agency to the FCC in the United States. It says that all three new Galaxy S21 models will not have a charger included in the box. Headphones will not be included either. Honestly, though this isn't a surprise because we heard this thing a month ago at that time, it was just a rumor and Samsung was expected to do it in the second half of next year. But now, it appears that the company has taken the final decision. This should only be somewhat acceptable if these companies offer a free charger to anyone that wants one when they buy the phone.

And hopefully, Samsung might do it just like they provided free AKG earphones to the Note 20 Ultra buyers in the United States when asked since unlike other regions the US Note 20 variants didn't have earphones in the box.

So it's fine as long as they offer the in-box accessories when asked but I highly doubt it will happen in every country.

Now to make these companies stop taking decisions like this, I don't think advising people to not buy these phones is even worth it because people are going to buy it anyway. But I think if this needs to stop then the government needs to interfere. I mean In France, it is illegal to omit the in-ear headphones from the phone packaging and that's why Apple shipped the iPhone 12 with earphones in that country. Brazil has also now decided that Apple is now required to sell new iPhones with the accessory. The charger is considered an essential component to use the product, and selling the iPhone without it is against the Brazilian Consumer Defense Code. So if more countries follow suit, I'm sure these companies will be forced to keep the in-box accessories and that's the only hope we have to end this stupidity.

Anyway, let me know what do you think about this down in the comments.