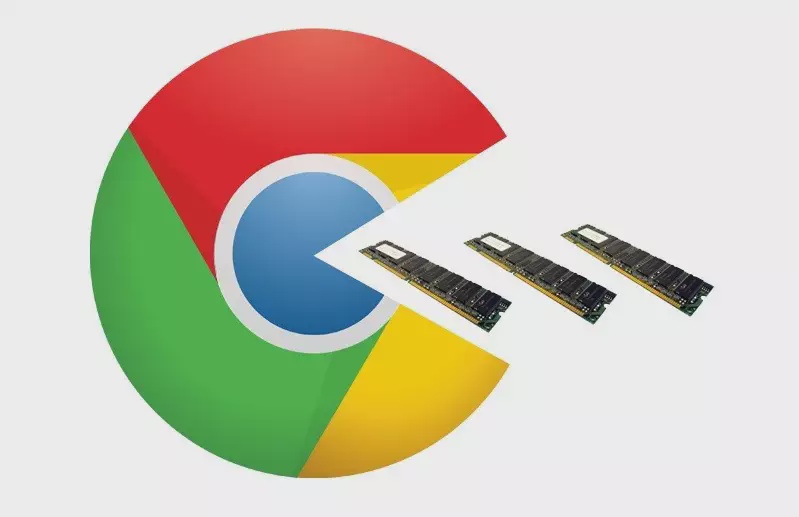 Although there are actually lots of web browsers out there to choose from, odds are that, unless you're on an Apple device and using Safari, you're probably using Google Chrome. In fact, in late 2019 it was estimated that a whopping 64% of users across devices were using Chrome.

And why not? It's got an easy to learn interface and it's known for being a speedy performer, but it has one major drawback, that you might have noticed especially if you're running a lower end computer, it turns out that Chrome is a massive memory hog. I mean, sure, exactly how much it uses depends on how many tabs you have open and what exactly you're doing, but it's pretty common to push things north of two gigabytes of memory usage with just a dozen tabs, and if you're a heavy multitasker or you just have terrible tab discipline you can quickly start straining your systems resources.

But why? I mean it's just a web browser. It turns out that on top of all that regular 2020 internet stuff that uses a lot of RAM, like multiple hi-def videos, feature rich web pages and extensions all being active at once, Chrome uses a lot of RAM primarily because it's sandboxes everything you're running. Here's what this means, Chrome splits off each tab in each browser extension into its own process which occupies his own space in memory. The idea there is that if there's a problem with one page that causes it to crash it won't affect the rest of your browsing session. It's definitely a good feature if you've got dozens of tabs open that you'd rather not lose, but creating so many processes means Chrome takes up more RAM than it would otherwise, since you have to replicate Chrome functionality in every tab. So you're trading RAM usage for stability and after the specter and meltdown bugs hit a couple of years ago, chrome started separating out processes even more aggressively resulting in many users experiencing additional RAM usage to the tune of about 10%.

But greater reliability is just one reason Chrome lays claim to so much of your memory, you know how I mentioned that Chrome has a reputation as a fast browser, part of the reason it's so fast is that it dumps a lot of data into your memory. Remember that RAM is much faster than long-term storage like an SSD or hard drive.

One way it does this is through a technique called pre-rendering. This is when Chrome guesses at what you're going to look at next such as a next story on a news website and loads the pages resources into memory automatically. Chrome has gotten pretty good at pre-rendering and as such has noticeably sped up page load times, but it needs to use a lot of RAM to deliver the speed users have come to expect. And if you have a system without much RAM this can become a real problem. On a budget machine with 4 gigabytes of memory you can hit up against the ceiling very quickly, if you're running Chrome with other programs. And even if you have 8 gigs of RAM you can see some slowdowns if you're doing a lot in your browser at once.

Chrome does try and compensate through some memory management tricks, including tab discarding, this is when Chrome automatically unloads from memory the contents of tabs you aren't using or haven't clicked on recently. Although this means that you'll experience a delay when you want to re-access  the tab, as Chrome reloads the content it can still keep Chrome from hitting your RAM quite as hard.

So what can you do if Chrome is hogging too much memory and adding more RAM to your system isn't an option for you right now. Well switching to a new browser may not actually help as many of them use the same sandboxing paradigm. But Chrome does have a built-in task manager that can help you visualize and close tabs and extensions that are using tons of memory, so you might consider uninstalling resource heavy extensions that you rarely use or use alternative websites, if possible.

There are even extensions that can cut down on memory usage such as one that converts your tabs into a list of links, you'll take a performance head of course but it's still a decent enough solution considering they haven't really invented a way to download more ram yet.