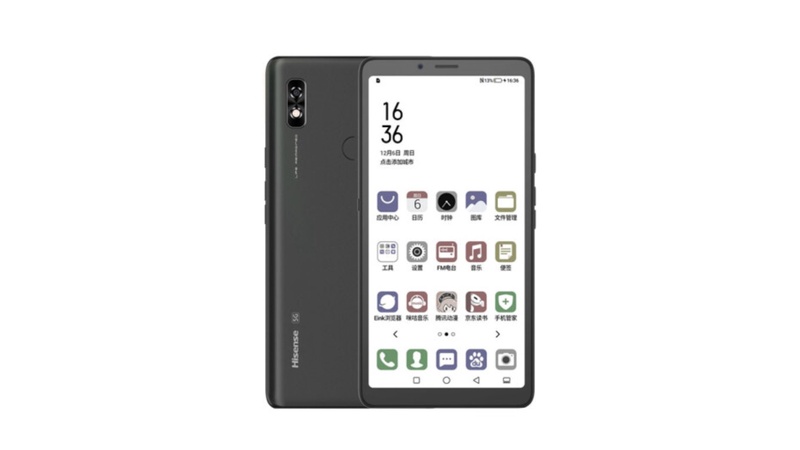 In December 2020, HiSense, the company known for making TVs, announced the A7 5G smartphone as the world’s first smartphone featuring an e-ink display with 5G connectivity support, and just a few days ago, the company started taking pre-orders for the A7 CC — a variant which features a colour screen.

Now, the HiSense A7 5G is officially available for purchase in the Chinese market, for a price of 2,399 yuan which roughly converts to $371. The phone is similar to the A7 5G except that it comes with a colour e-ink screen instead of a monochrome panel.

It features a 6.7-inch E-ink display but with an RGB pixel arrangement but with a pixel density of just 100 pixels per inch. Under the hood, the device is powered by a UNISOC Tiger T7510 chipset with support for 5G connectivity. This silicon is paired with 6GB RAM and 128GB internal storage.

Other features include a 3.5mm headphone jack with AK4377AECB audio DAC for Hi-Res Audio, single front and rear cameras, fingerprint sensor, an additional programmable key on the left side, super-linear speaker, different lock screens, several tweaks related to the E-ink display, and a refined UI based on Android 10.