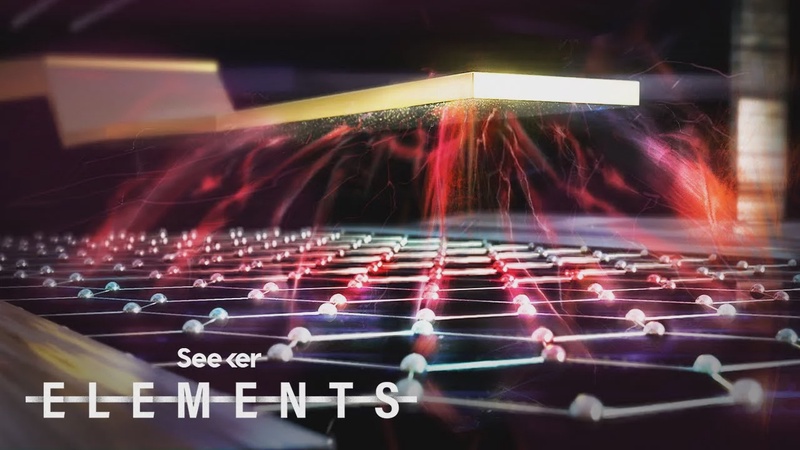 Quantum computers could be a massive technological leap forward, solving problems in seconds that would take “ordinary” supercomputers millennia to crunch. But one major problem holding them back is how sensitive they are to interference.

Researchers in Finland claim they’ve created a crucial component that drastically cuts down on error-inducing noise, getting us closer to large-scale quantum computers. And what wonder-material was the key to this breakthrough? What else but graphene.

You may have heard of quantum computers. But in case you’re new here, here’s a quick recap: Classical computers like the chip in your phone or laptop use electricity flowing through silicon switches to represent ones and zeroes. A single one or zero is called a bit.

Quantum computers use quantum bits, or qubits, which can represent a one, a zero, or any combination of the two simultaneously. This is thanks to the quantum phenomenon known as superposition.

Another property, quantum entanglement, allows for qubits to be linked together, and changing the state of one qubit will also change the state of its entangled partner.

Thanks to these two properties, quantum computers of a few dozen qubits can outperform massive supercomputers in certain very specific tasks. But there are several issues holding quantum computers back from solving the world’s toughest problems, one of them is how prone qubits are to error.

Qubits are very sensitive to their surroundings, and it’s easy to accidentally cause a one to flip to a zero, or knock the qubit out of superposition and throw off the calculations. Two qubits interacting with each other have a pretty abysmal error rate of about 0.5%, meaning there’s one error for every two hundred operations or so. By contrast, the silicon in your laptop makes a mistake once every 1017 operations. And as more qubits are added to the quantum circuit, the error rate goes up.

There are many sources of error, one of which comes from measuring the energy state of the qubits themselves. Most quantum computers measure this using the voltage induced by the qubit, which requires a lot of power and circuitry to amplify the signal. To make matters worse, the voltage measurements carry noise that can throw off the readout.

Aiming to tackle this problem, researchers in Finland set out to try a different approach. Instead of measuring voltage, the scientists tried using a detector called a bolometer. The active element of a bolometer heats up when exposed to a tiny bit of radiation from a qubit and reflects some microwave radiation back. Measuring that change in radiation can also measure the energy state of the qubit, but with much less circuitry, power consumption, and noise.

So the researchers turned to graphene, a lattice of carbon atoms just one atom thick. Graphene has a very low heat capacity, so it reacts to changes and takes measurements in under a microsecond. That’s 100 times faster than the previous gold-palladium bolometer and on par with the speed of current voltage detection technology, all while drastically cutting down on energy use, size, and error-inducing noise.

So, big question time: is this the thing that finally does it? Are we there yet? Is the quantum dawn upon us? No, not yet. There are many, many hurdles yet to overcome. Solving the error rate is just one of them, and graphene bolometers may help... but like I said, there are many factors that cause errors. Still, that’s no reason to get discouraged. The journey to quantum supercomputers is a long one and along the way there will be lots of discoveries, optimizations, and clever tricks that inch us forward.

Graphene bolometers may not be the one thing that propels the technology from curiosity to world-changing, but every little qubit helps.

How to Wire a Computer Like a Human Brain

Are There Problems That Computers Can't Solve?

Den W. in Programming
12 May