Gigabyte have refreshed their Aero 17 laptop with Intel 10th gen processor and Nvidia Super graphics, let’s find out just how hot these new parts get and see what can be done to improve performance. 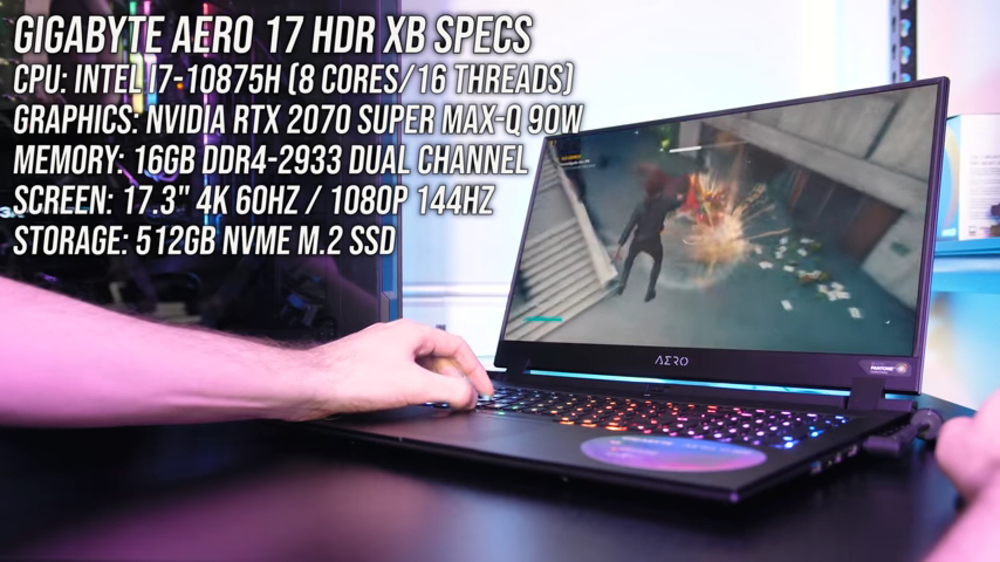 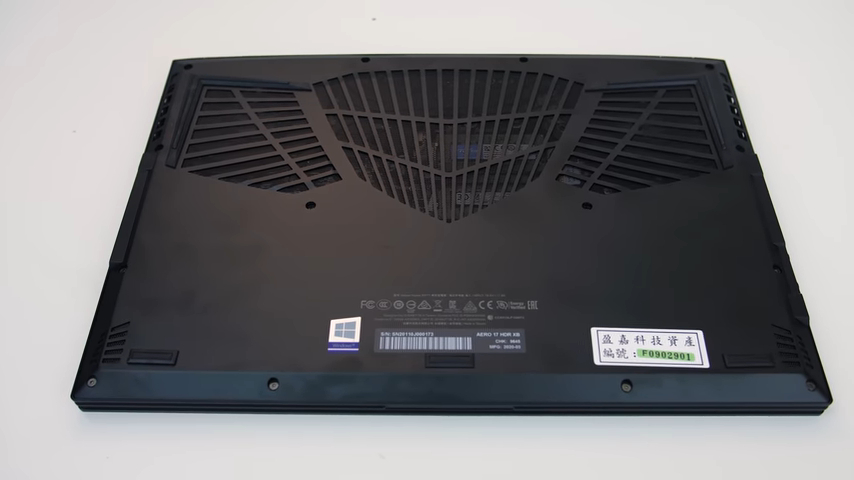 There’s a large mesh area on the bottom for air intake, as well as some intake vents above the keyboard. 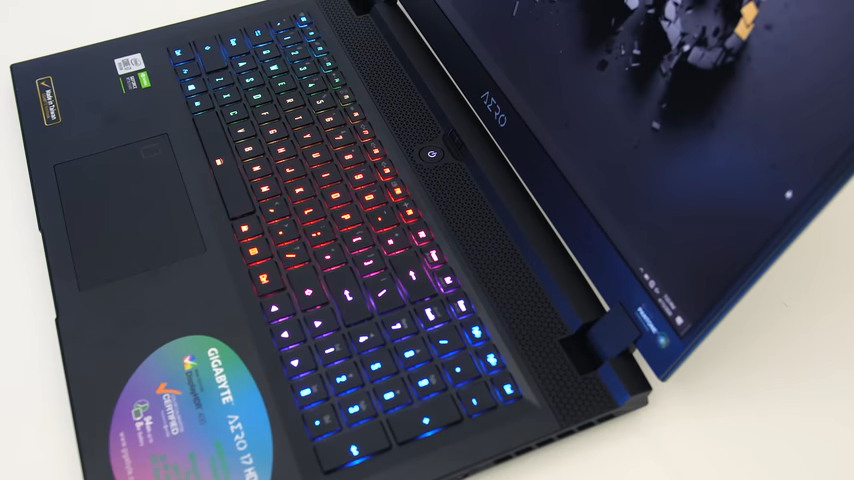 Air is exhausted out of four vents, two on the back and the other two are on either side towards the back. 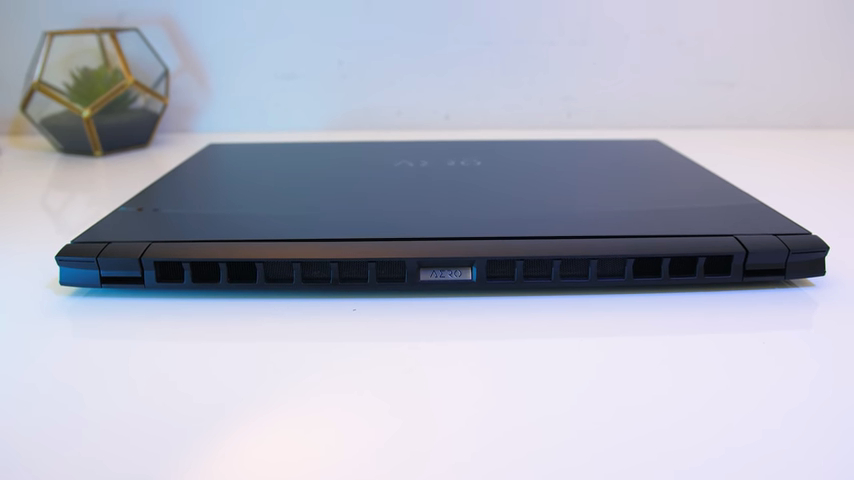 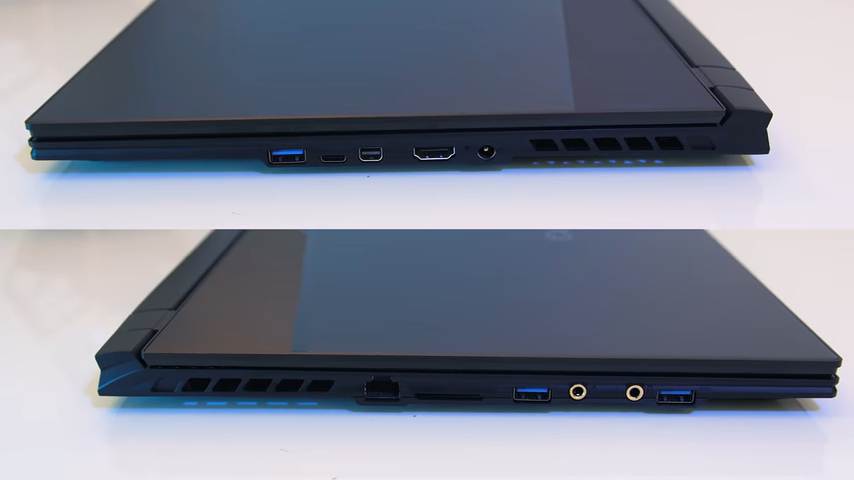 Gigabyte are using Thermal grizzly hydronaut thermal paste here, which is likely a step above most others out there that probably just buy junk in bulk. 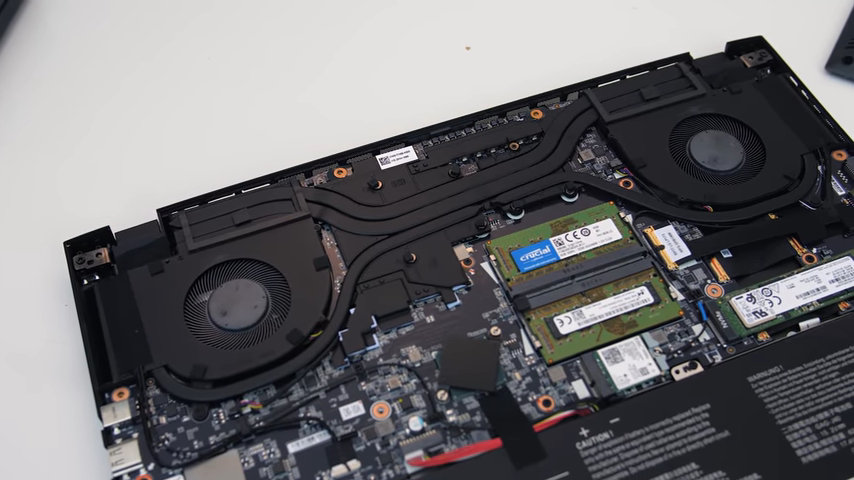 In terms of heatpipes we’ve got two shared between the CPU and GPU. I’ll also note that the Aero 17 doesn’t make use of Nvidia’s new dynamic boost technology.

The Gigabyte control center software allows us to set the CPU between 5 different levels of power, and the GPU between two levels, as defined here. 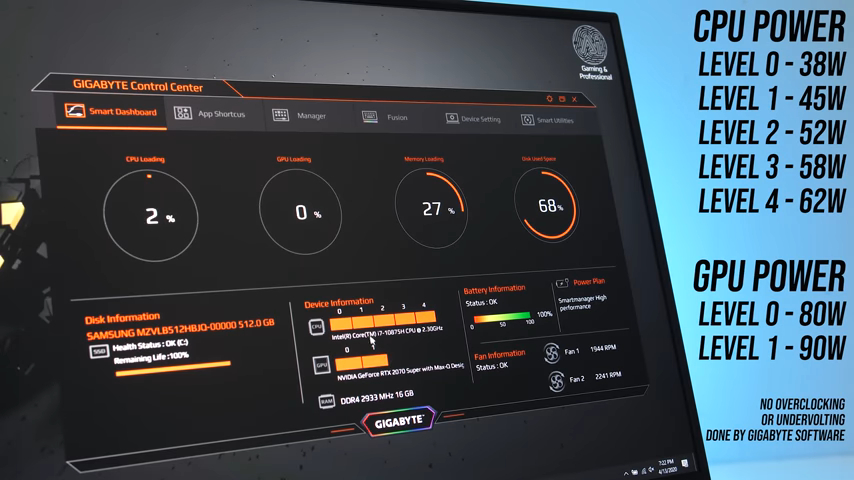 Throughout this testing I’ve tested the stock settings with the CPU at level 2 and GPU at level 0 with different fan profiles, or with both maxed out. 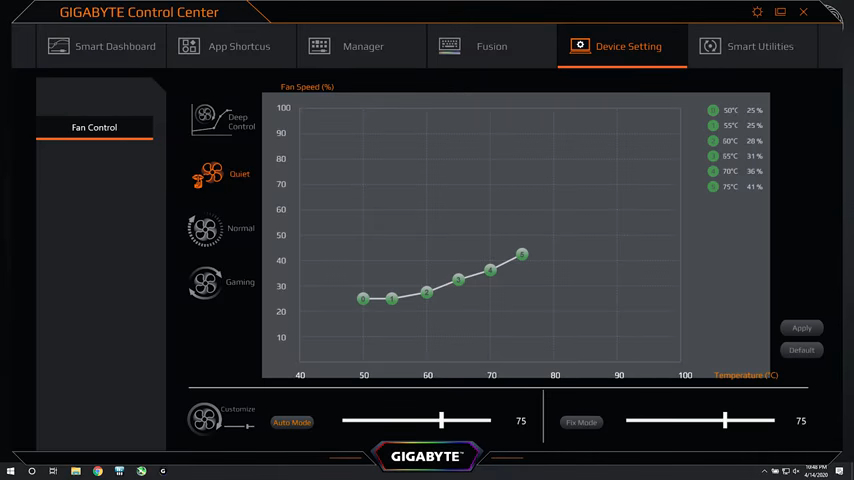 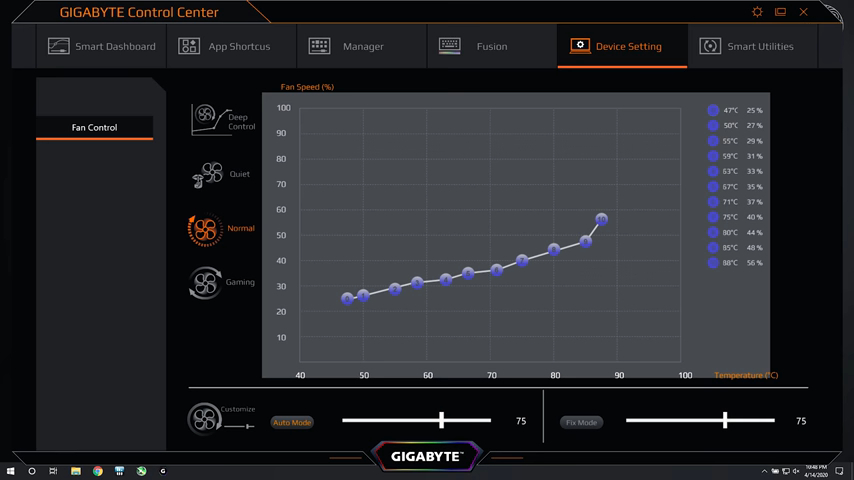 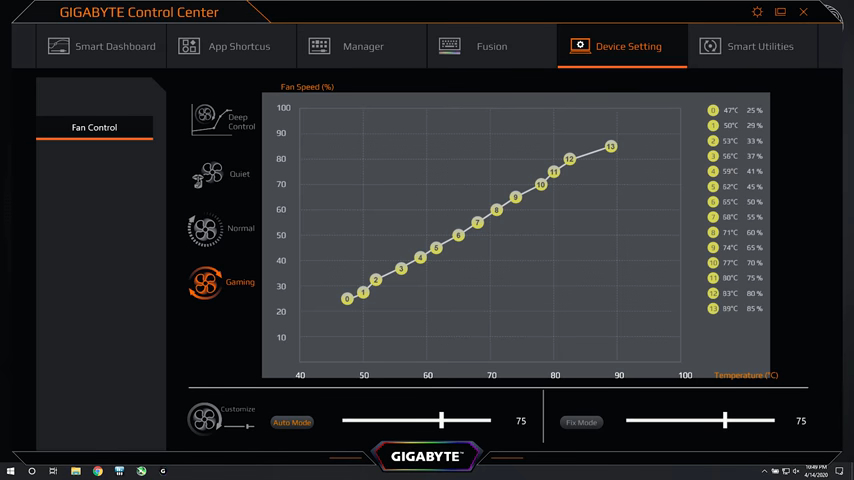 however, we can of course change them or set our own custom curve for optimum efficiency.

You can also quickly set the fan speed to maximum by pressing the function and escape keys. I also need to note that undervolting was disabled in my unit, the option was greyed out in the latest version of XTU and Throttlestop didn’t work. It wasn’t clear to me if Gigabyte have disabled it, perhaps to mitigate the plundervolt vulnerability, or if software updates are needed for 10th gen.

Thermal testing was completed in an ambient room temperature of 21 degrees Celsius, so expect different results in different environments. 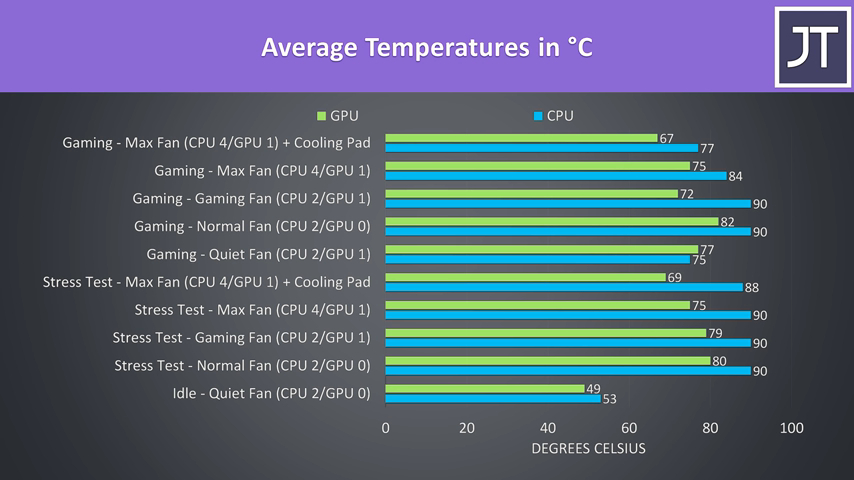 At idle it was a little warm, however in quiet mode the fans were completely silent so this is expected. Worst case stress tests were done with the Aida64 CPU stress test with CPU only checked and the Heaven benchmark at max settings at the same time, and gaming was tested with Watch Dogs 2 as I find it to use a good combination of processor and graphics.

I’ll start off by noting that the CPU was thermal throttling at 90 degrees Celsius, which we can see happening in many of these tests. Personally I think this is a good thing, Gigabyte are capping the thermal limit to prevent it getting too hot, and as we’ll see in the next graph performance is still great.

I never had any GPU throttling in these tests. These are the average clock speeds while running the same tests. 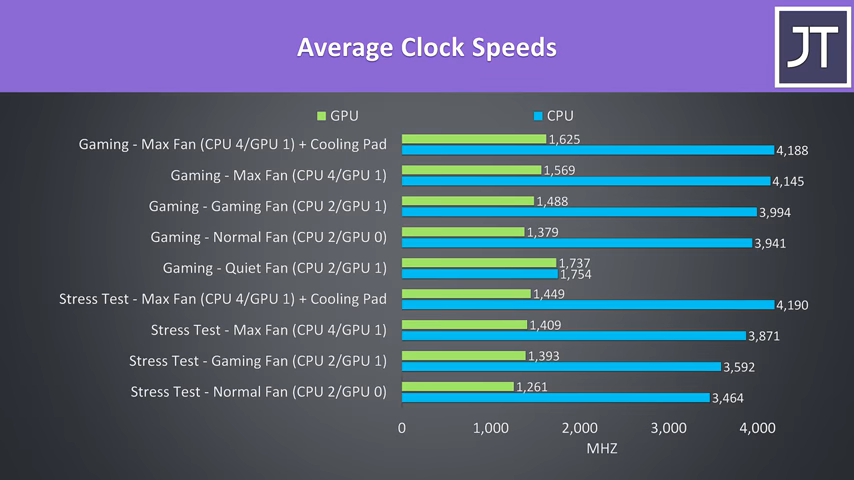 Keep in mind this is an 8 core CPU, so the fact that we can hit 4.2GHz on all 8 cores both while gaming and under this combined CPU and GPU stress test is quite impressive when you consider I can’t undervolt.

Intel XTU reported the 10875H as having a 4.3GHz all core turbo boost speed, however mine didn’t appear to go above 4.2GHz. Interestingly the GPU performance was higher with the quiet fan profile in use, I guess because the CPU is limited the GPU can stretch its legs, we’ll see how well the different modes perform in games shortly. With the quiet fan curve enabled, the CPU TDP never passed 15 watts, regardless of the CPU level set through the Gigabyte software. 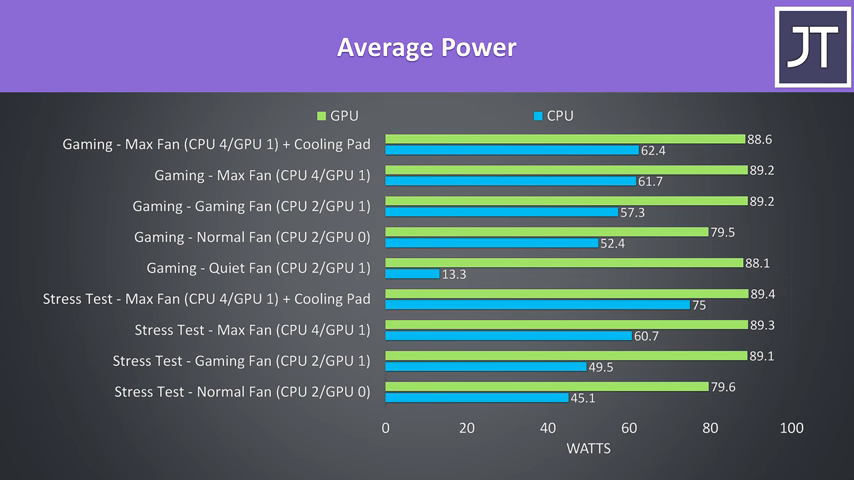 These are the average power levels from the same tests. We can see the GPU has no issues running at its 90 watt limit when GPU mode 1 is enabled. The gaming mode fan curve actually turns this on by default which is nice. Otherwise with the cooling pad the CPU was able to run at 75 watts with GPU load at the same time, and it wasn’t thermal throttling with the cooling pad, so that’s pretty decent. 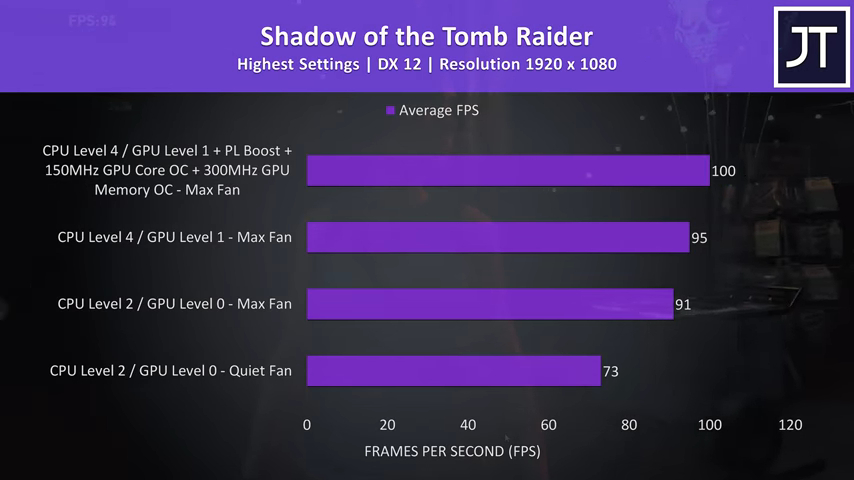 I’ve tested Shadow of the Tomb Raider with the highest setting preset using the game’s benchmark tool. With quiet mode down the bottom the results are still decent, but this is a primarily GPU heavy test, as we saw earlier the CPU gets capped harder so CPU heavier games would perform worse. Anyway with some GPU overclocking and boosting the CPU power limit we were able to boost gaming performance by 5%. 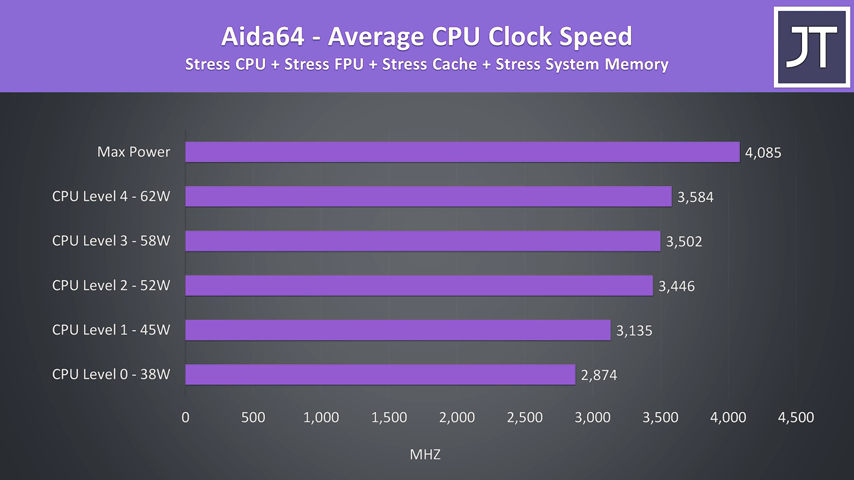 Now let’s take a look at a CPU only workload, with the GPU idle it should be possible to perform better. Using the default presets in the Gigabyte control center software gets us to around 3.6GHz over all 8 cores, however we can improve this nicely by boosting the power limit with Intel XTU. 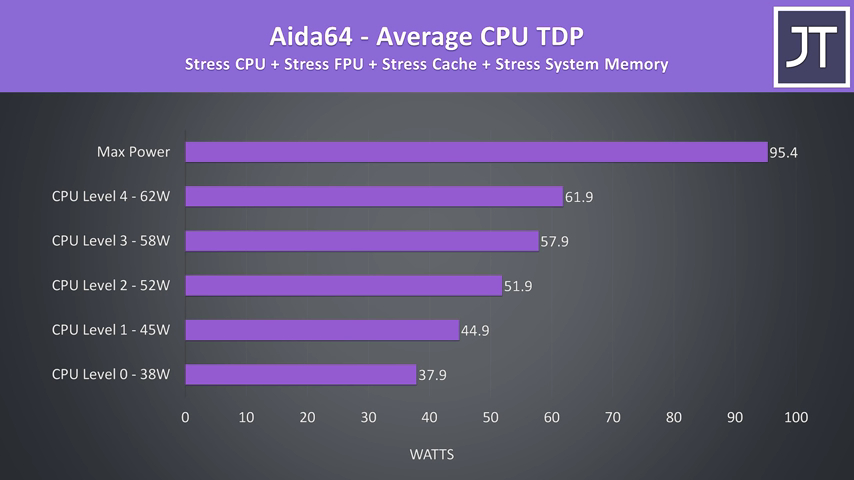 By doing this though, the TDP of the processor is reported as running at 95 watts in this workload, which is a fair bit higher compared to the other default settings, but extra performance is definitely obtainable. 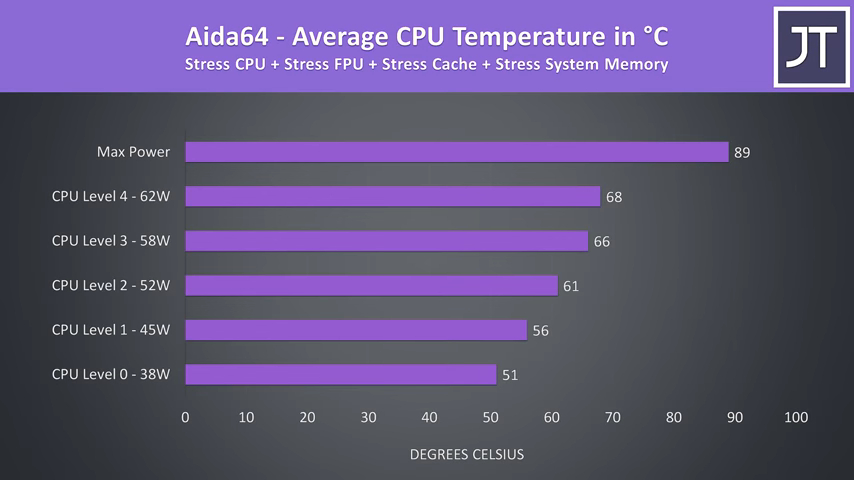 More power equals more heat, however in this case we’re still just 1 degree off thermal throttling in this workload, granted I did have the fans maxed out here. 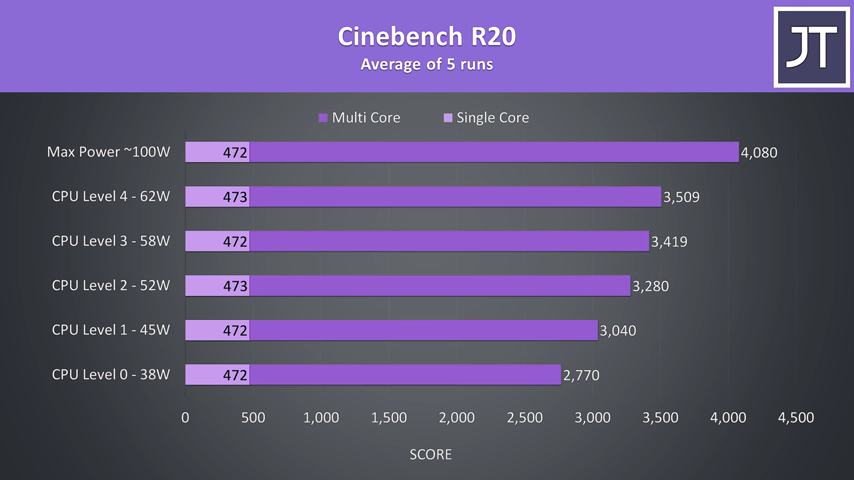 Like the results we just looked at, it was possible to get a nice performance improvement by manually boosting the power limit with Intel XTU. Here’s how the Aero 17 stacks up against other 8 core laptops I’ve tested in the past. 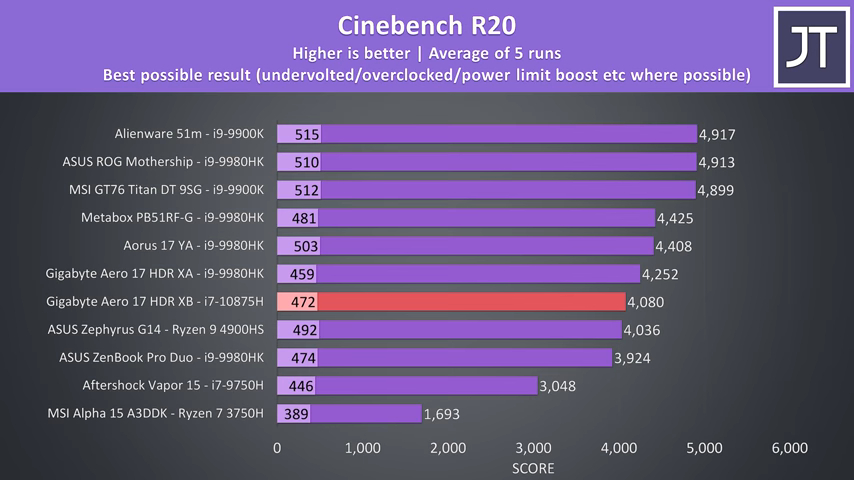 It’s just a little higher than the G14 with 4900HS in multicore, but behind in single core. The multicore speed is also not quite as good compared to the i9-9980HK in the last gen Aero 17, but that’s fine, it costs about 10% more. 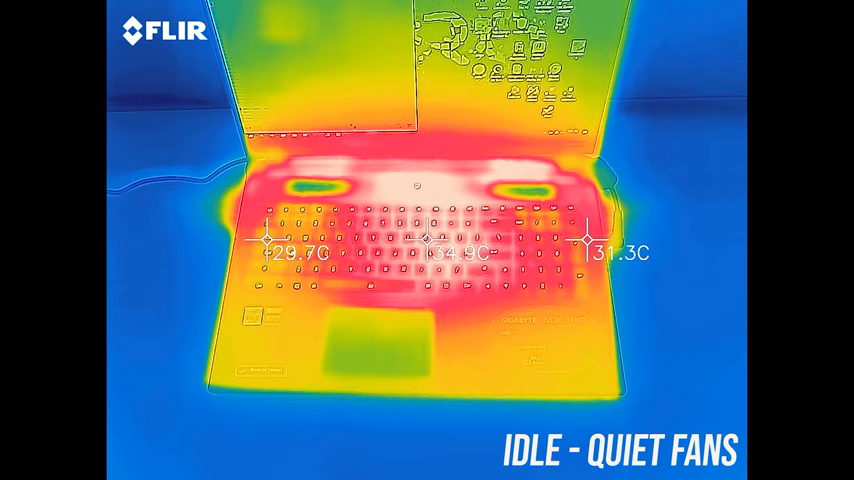 As for the external temperatures where you’ll actually be putting your hands, at idle it was in the mid 30s, so a little warmer than many other laptops I’ve tested but no issue.

With the stress tests running the middle gets a little warm, while the WASD keys and wrist rest area was still cool. With the fans at max speed it’s cooler, but also significantly louder to achieve this.

The fans were completely silent at idle, however there was some coil whine present in my unit. Quiet mode does what it says even under heavy load. The normal profile wasn’t too loud when under stress test, and the gaming profile was still quieter when compared to many other less powerful gaming laptops I’ve tested. Max fan speed is quite loud, but personally I think this is an advantage.

Rather than being locked to a lower fan speed and being forced to run hotter, the user at least has the choice, and given you can customize the fan curve greatly, you have the option of finding a good mixture of noise and thermals.

With everything in mind, I’m impressed with the Aero 17. Sure, it was thermal throttling on the CPU in these worst case workloads, however I prefer this compared to the thermal cap being say 100 degrees like with the Dell G5.

Simply by boosting the fan speeds it was possible to hit some nice performance numbers, and adding a cooling pad helped too due to the large mesh area on the bottom. Given we can essentially boost the power limit up to whatever we want, the limitation is of course going to be thermals, and I think it’s great that we have this level of flexibility. Considering we could gain so much extra performance by boosting the power limit with XTU, it would have been great if Gigabyte tapped into this more with their control center software rather than maxing out at 62 watts.

In CPU heavy loads that’s just leaving performance on the table unless you know about options like XTU. 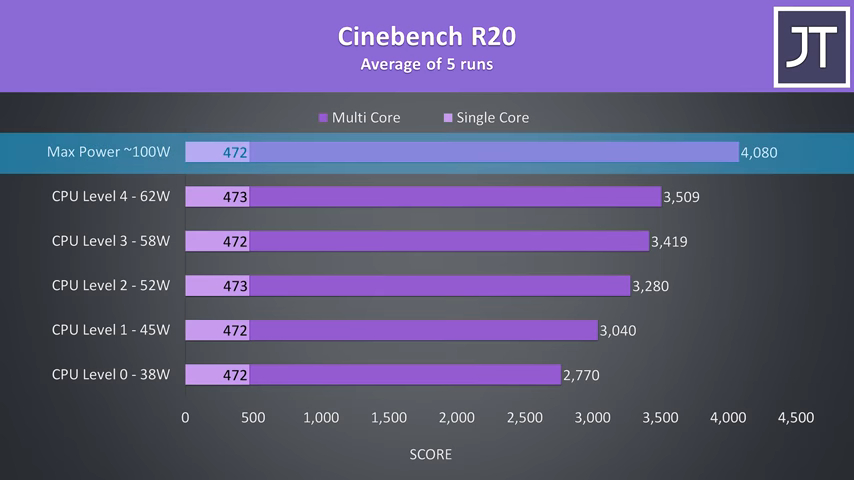 Based on the results here, I’m having a hard time thinking that it’s worth spending more to get the Aero 17 with i9-10980HK, we were only able to max it out in these tests with a cooling pad and max fan speeds, so if you want the i9 for overclocking, well based on what we saw here I’m not expecting to gain too much extra.

That said, the higher single core boost would probably at least get hit in some workloads, but it’s only 200MHz above the i7, so again probably not worth the extra money.

It was a shame that undervolting was locked, not sure if that will make a come back in this version of the Aero 17, but regardless, as we saw we were still able to get it running well.

These differences in performance shown aren’t hard and fast rules, there are different factors which will vary results, primarily the temperature of the room you’re running in, application of thermal paste, and even the specific hardware which comes down to the silicon lottery. You may not be able to overclock the same as me for instance, it depends on the chip, so don’t blindly copy my settings, do some testing to find out what’s stable for your own hardware.

It may be possible to further improve temperatures by swapping the thermal paste, however as this is a review unit that I have to send back I’m not able to change the paste, otherwise the next reviewer will unknowingly report different results due to what I’ve done. We do at least know that they’re using somewhat decent paste here anyway. Let me know what you thought about the thermals from the Gigabyte Aero 17 laptop down in the comments.