How The GameStop Bubble Happened 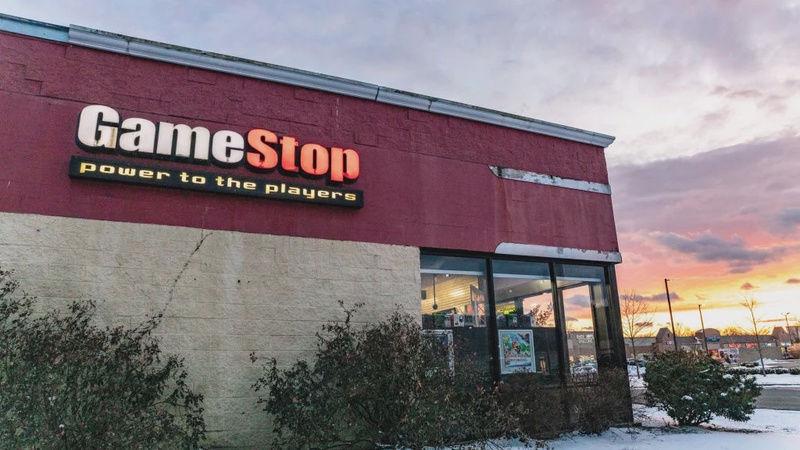 Even if you're not into investing, chances are you've heard about how a group of Redditors have driven up the stock price of the venerable Gamestop, GME, in order to troll a bunch of hedge fund managers. We are going to give you a brief synopsis of the situation for some context, and then, talk about the tech side of things to better understand how this happened.

So the reason GameStop was targeted was because it's a heavily-shorted stock. Shorting a stock is a high risk but potentially high reward play that works like this. You pay a fee to borrow a stock from the owner then immediately sell that stock, like that day. You do eventually have to return the stock to the owner so by shorting it, you're betting that the stock will go down in value, allowing you to buy it back later for cheaper than you just sold it for, giving it back to the original owner and keeping the difference in the price you sold it for and the price you bought it back for, minus fees and interest.

GameStop is often shorter because with video game distribution becoming digital, GameStop's more brick-and-mortar business model is seen as something that could fail in the near future. You know, kinda like Blockbuster.

But, as we said, shorting is very risky, since if the stock price goes up instead of down you have to buy it back for more than you originally paid for it, sometimes a lot more. And as more and more people buy back a shorted stock because they're panicked about the price rising even more it just keeps driving the price up, even more.

Because of this risk stock shorting has become associated with hedge funds, which typically make high risk but potentially lucrative investments for organizations or for wealthy individuals. And some of the risky plays they've made have hurt the US economy, meaning that they're not very well liked. Combine that sentiment with a feeling that GameStop might be undervalued. And the rush was on to buy GameStop shares, drive up the price and force short sellers to buy the stock back in a pack, making GameStop and even more lucrative investment, at least for the short term.

So we've explained a bit about how short-selling works. But how were a bunch of individual investors on Reddit able to beat these powerful hedge funds with millions of dollars, even bankrupting one of them? A huge part of it is how online services and apps have made investing far more accessible. Instead of calling up a broker and using traditional trading software that assumes the user is already familiar with investing, newer financial tech or FinTech firms such as Robinhood, which we'll talk about more in a little minute here, have tried to make opening up investing to the masses with easy to understand interfaces a core part of their business models. There are also companies that specialize in what's called robo-advising, an algorithm based approach to investing for those who don't know much about investments or simply don't want to have to manage the details themselves.

Typically, you tell a robo-advising service such as Betterment or Wealthfront, what your investing goals are and how much risk you're willing to take on. And then the algorithms invest your money for you, rejiggering things on the fly depending on what the market's doing. And oftentimes even making tweaks that can reduce your liability come tax time. Robo-advisors also have cheaper fees than traditional brokerages due to lower overhead, helping these services take off big time over the last few years. With many managing tens of billions of dollars in combined assets. And even though the affirmation Robinhood doesn't offer robo-investing, it's easy interface and no commission trades have made it very popular. But you might also have heard that Robinhood has, had a lot of ire directed at it recently.

After the GameStop's short squeeze we described Robinhood made the decision to restrict trades involving GameStop's stocks, as well as other stocks Redditors were targeting. Robinhood reportedly did this to limit its own risk in the event, Gamestop's price collapsed. But the move was extremely unpopular, triggering lawsuits, accusations from investors that they were colluding with hedge funds and even statements from both Republican and democratic politicians wondering why hedge funds were able to trade securities that individual investors suddenly couldn't. Wow, it looks like activist investing actually did something.