Huawei aims to built its driverless car technology by 2025

By 2025, Huawei Technologies aims to have built its driverless passenger car technology. The news comes as a result of a comment made by a corporate executive earlier this week, as the company looks to expand its automotive sector.

“Our team’s goal is to reach true driverless passenger cars in 2025,” says Wang Jun, a senior executive at Huawei's smart vehicle unit. Other automakers, tech corporations, startups, and others have been working on their own self-driving vehicle technology, similar to the Chinese tech giant. This includes companies like Xiaomi, Baidu, and others that are aiming to expand into the automotive business. 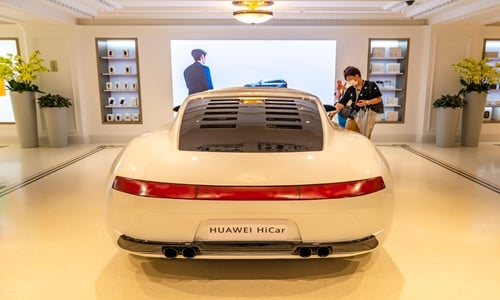 Among those who are unaware, Huawei has been developing small electric vehicles since the US government imposed sanctions that affected its smartphone division, which was one of its main operations. Now, the company is focusing on building its own self-driving car technology, as well as launching numerous car-related components that have been used in vehicles from Mercedes-Benz and other manufacturers.

Previously, the company invested $1 billion in developing electric vehicles and self-driving technologies, despite the fact that its smartphone and telecoms business were suffering as a result of US sanctions. As a result, the 2025 objective appears to be in line with its aspirations to develop self-driving technology that will be used in cars from other manufacturers.

Wearable devices: Transforming from Consumer-Grade to Professional Medical Use