The Gigabyte Aero 17 has been refreshed with Intel 10th gen and Nvidia Super graphics, but how does this new combination perform in games? I’ve tested 21 different games at all setting levels and compared it against other laptops, and spoiler, the gaming performance of this 90 watt GPU beats 115 watt 2070 laptops. 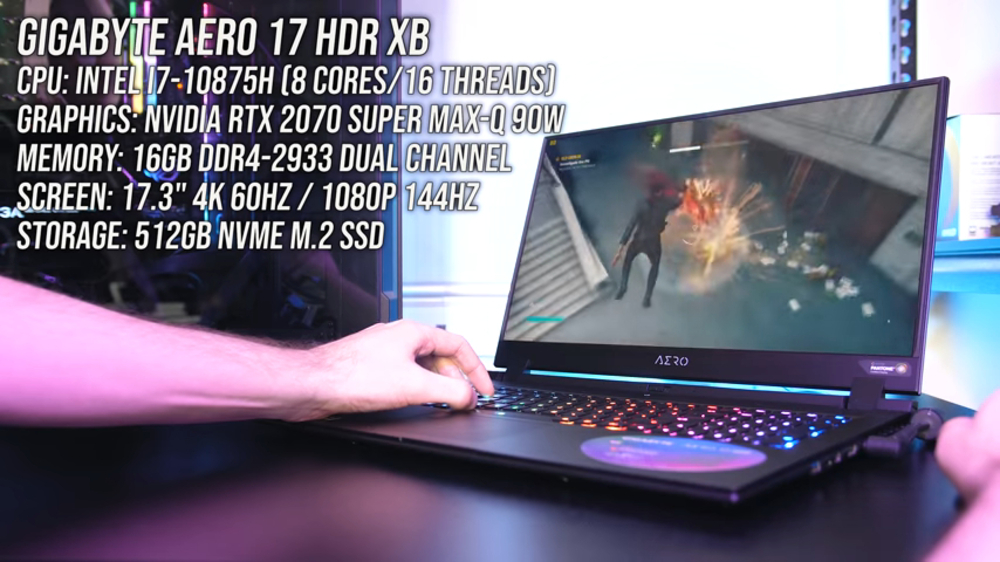 Although the Aero 17 isn’t exactly designed to be a gaming laptop, with these specs it should still be capable of some excellent results, and should serve as a good reference of what sort of gaming performance to expect from this level of new hardware.

The Gigabyte control center software lets you select different performance modes, I’ve tested with the highest options available with max fan speed for best performance. We’ll only be covering gaming performance, we’ll start by looking at all 21 games at all setting levels, then compare the Aero 17 with some other laptops afterwards. 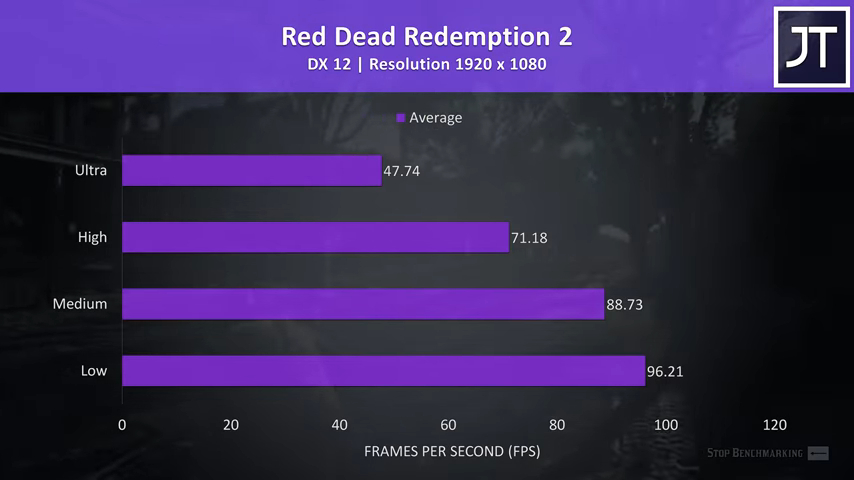 Red Dead Redemption 2 was tested using the game’s built in benchmark tool. As a resource heavy test, the lower ultra result is expected, though 70 FPS at high settings and near 100 at low is a good result. 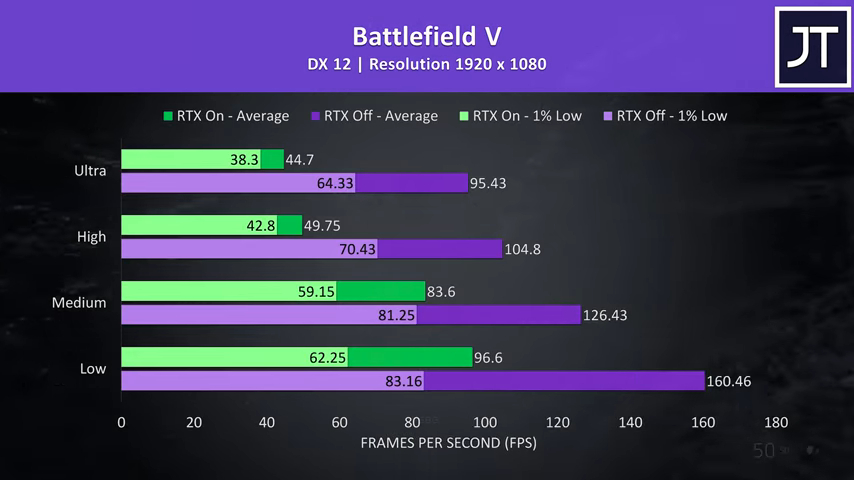 Battlefield 5 was tested in campaign mode, I’ve got the results with RTX enabled, shown by the green bars, and RTX off, shown by the purple bars. RTX was playable at low and medium settings, but I’d prefer to just run with ultra and RTX off which performs better and in my opinion, looks better too. 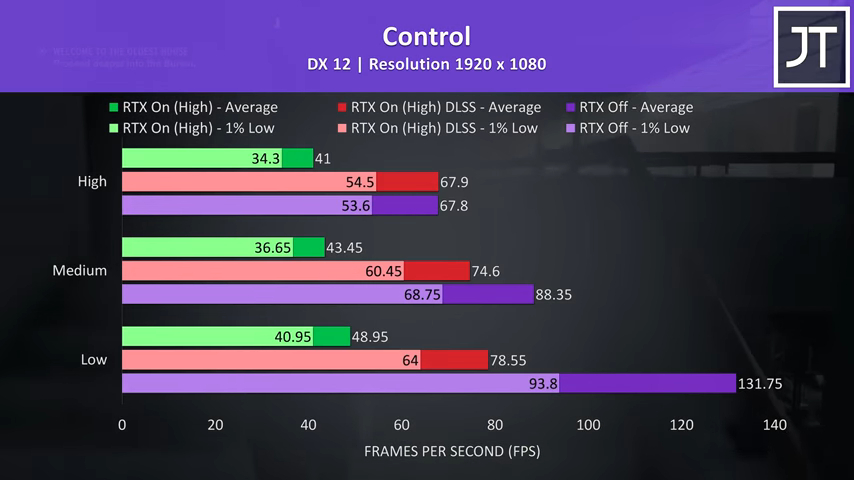 Control was also tested with and without RTX enabled, however as the game also supports DLSS 2.0 I’ve tested this in the red bars. DLSS runs it at 720p and upscales it, and it looked pretty decent while also still performing quite well at high settings, very similar to with RTX completely off. 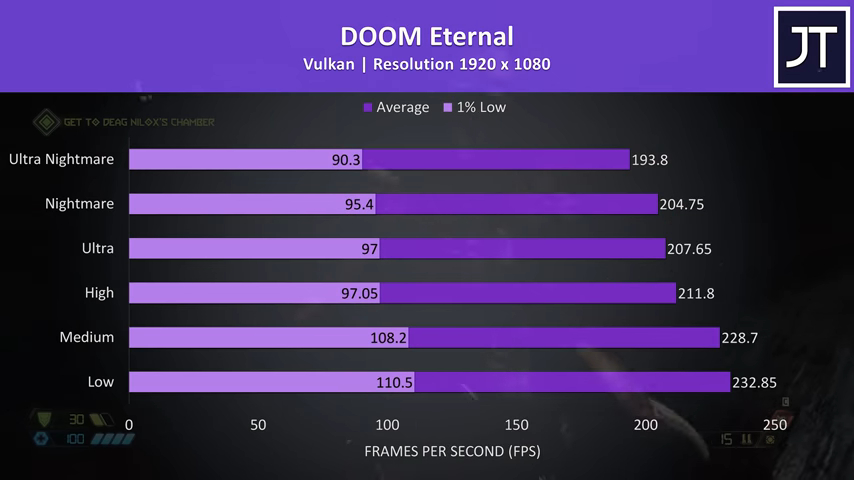 DOOM Eternal was tested with vulkan and regardless of the setting level used the average FPS was excellent, I had no issues at all playing even with the highest ultra nightmare setting preset which wasn’t too far below 200 FPS. 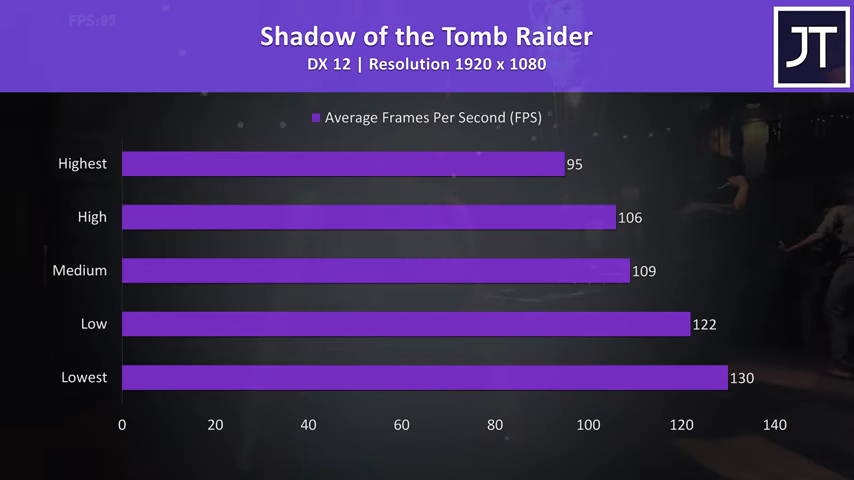 Shadow of the Tomb Raider was tested with the built in benchmark, and the results here were excellent, but we’ll compare this game against some other gaming laptops soon. 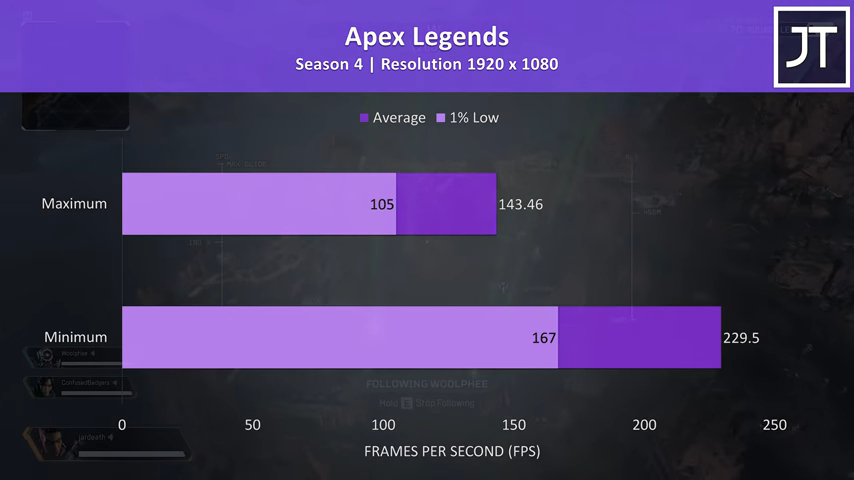 Apex Legends was tested with either all settings at maximum, or all settings on the lowest possible values, as it doesn’t have predefined setting presets, and I’ve disabled the frame rate cap. Even at max settings the results would be a good match up for a 144Hz screen. 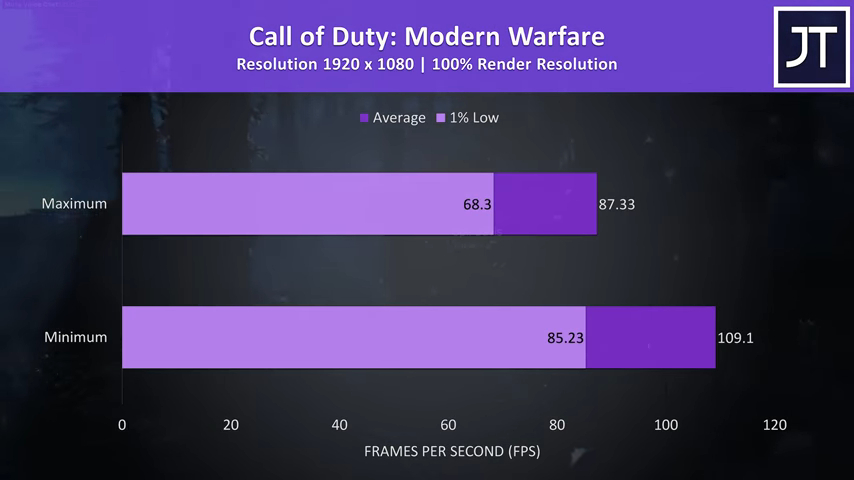 Call of Duty Modern Warfare was tested in campaign mode, and I’ve also tested it with the settings either maxed out or at minimum. Max settings were still playing smoothly, the 1% low was above even the 60Hz refresh rate of my 4K panel, while above 100 FPS was possible at minimum settings. 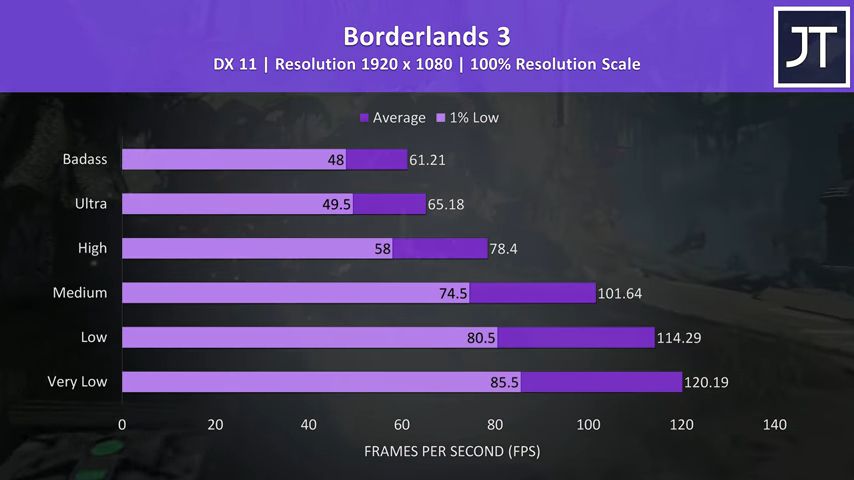 Borderlands 3 was tested using the game’s built in benchmark, and even the highest setting preset was still able to average above 60 FPS in this test. 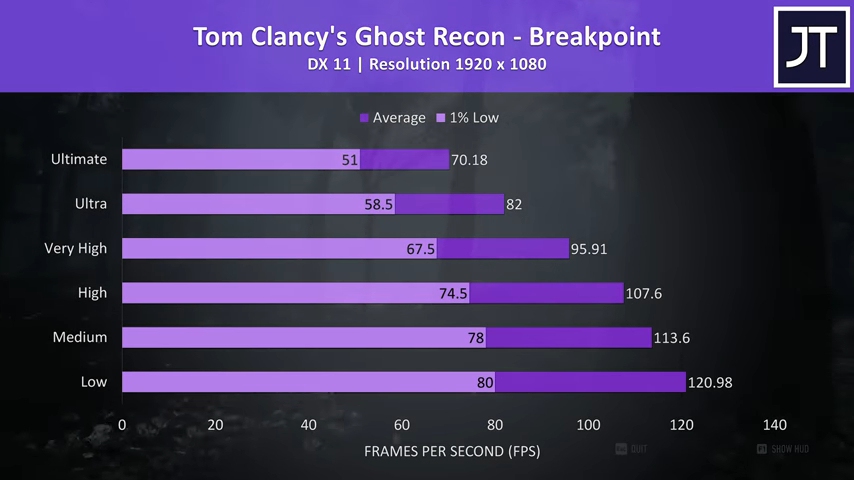 Ghost Recon Breakpoint was also tested with the benchmark tool, and is fairly resource heavy at higher settings too, though it was still able to average above 70 FPS maxed out, a good result for this game, while high settings was still above 100 FPS. 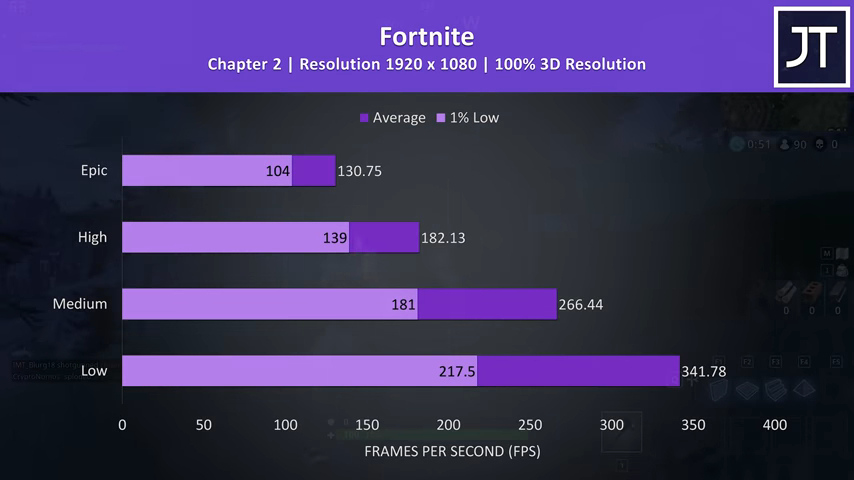 Fortnite was tested with the replay feature, and it generally runs quite well on basically any modern hardware, so even at epic settings the 1% low was above 100 FPS, with well over 300 FPS achieved at low settings, absolutely no issues at all here. 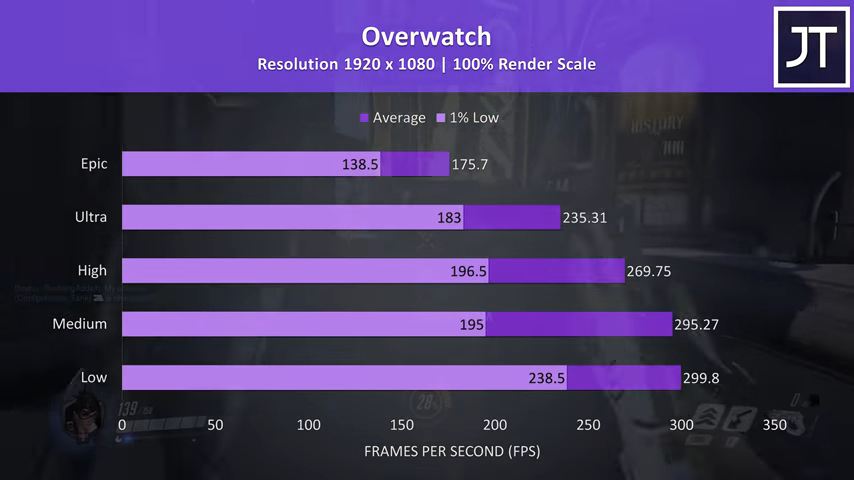 Overwatch is another less demanding game and was tested in the practice range. Again even with epic settings it’s performing very well without any problems at all, while the 300 FPS frame cap was being hit at low and medium settings. 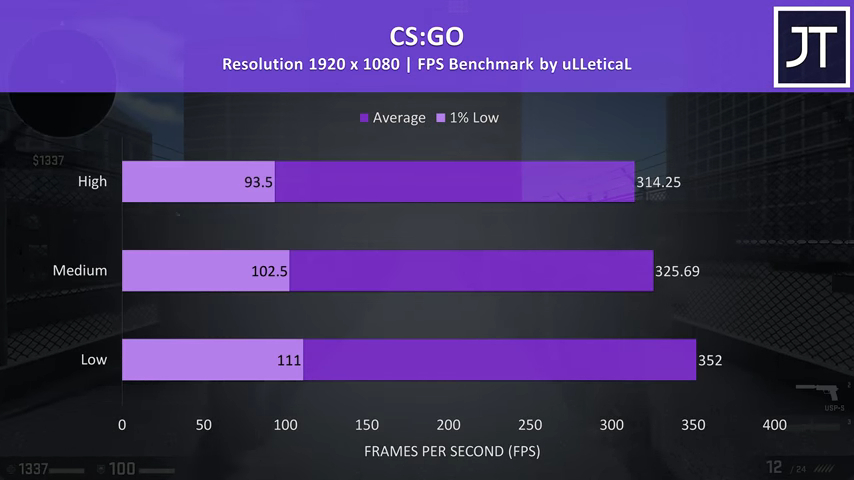 CS:GO was tested using the Ulletical FPS benchmark, and the performance here was noticeably better when compared to most of the other 9th gen laptops I’ve been testing for the last year, perhaps owing to the higher turbo boost speeds of the new 10th gen i7. 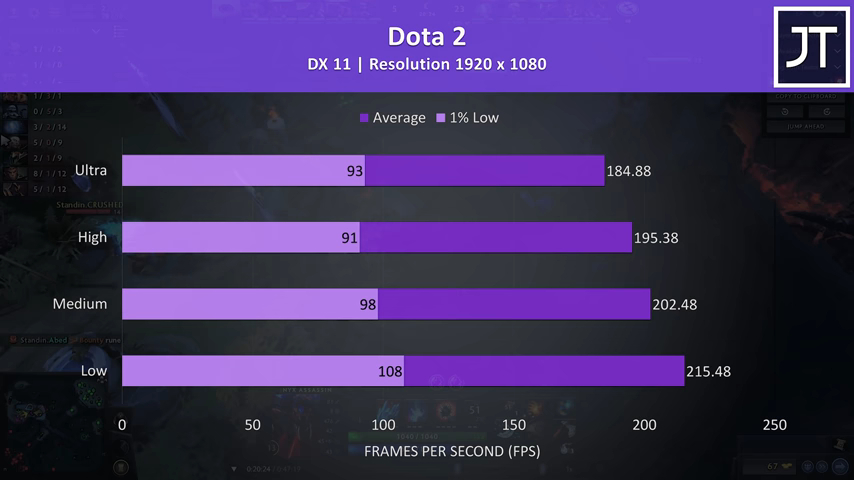 Dota 2 was tested playing in the middle lane, and as another game that seems to prefer higher CPU power, I was again seeing notably better results at low settings compared to 9th gen, that said even maxed out the performance here is still more than enough. 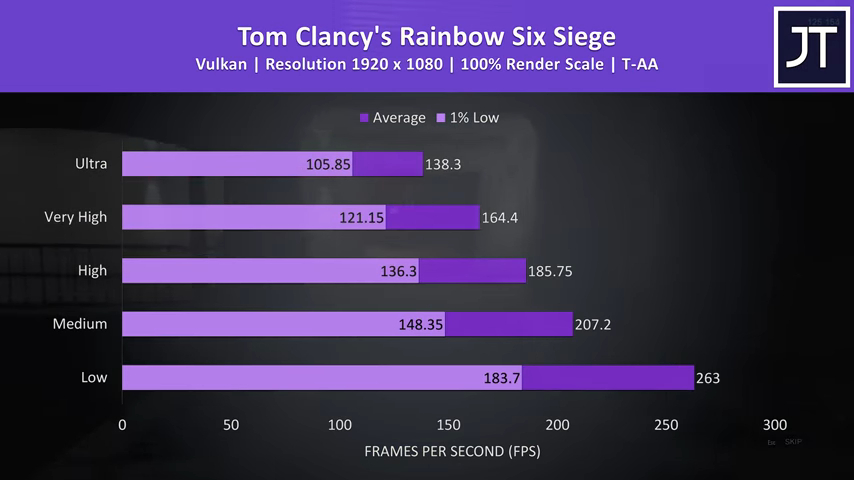 Rainbow Six Siege was tested with the built in benchmark but using Vulkan, which was recently added to the game. Even ultra settings would be a fair match for a 144Hz screen with this hardware, and even the 1% low is above 100 FPS, a nice result. 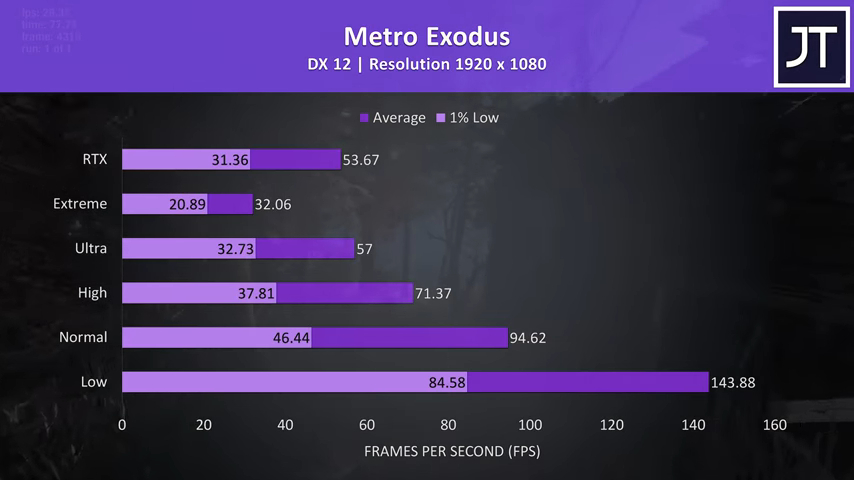 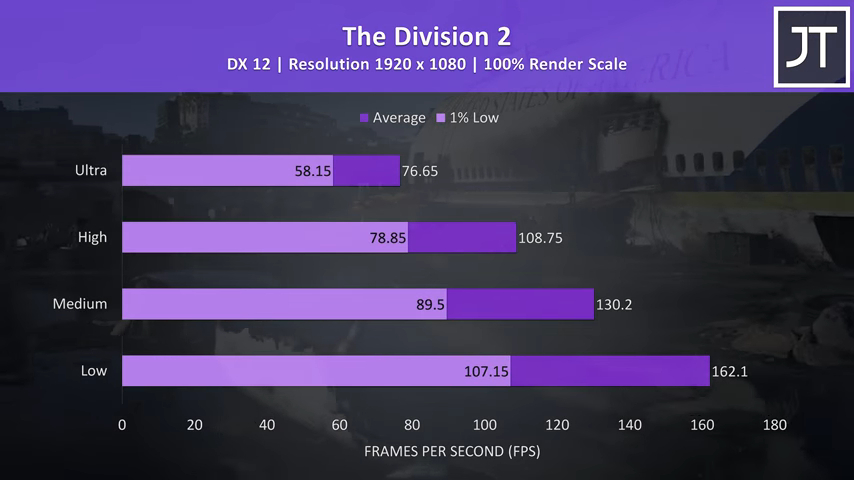 The Division 2 was also tested with the built in benchmark, ultra settings was almost at 60 FPS for the 1% low, which is a decent result for this test. I think a recent game update has really boosted performance here, as 1% lows used to be consistently far behind the averages. 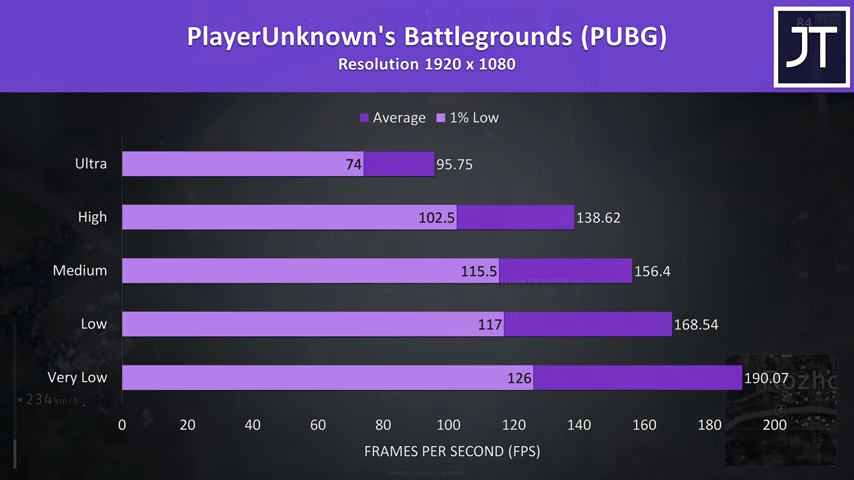 PUBG was tested using the replay feature, though the results aren’t comparable with most of my previous tests due to the map change issues I mentioned in the G14 video. Regardless, it was still running near 100 FPS at ultra settings in my random play through. 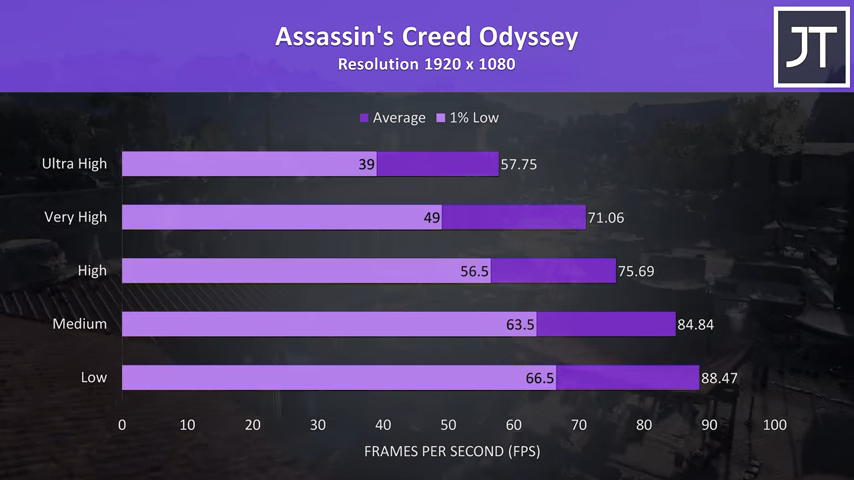 Assassin’s Creed Odyssey was tested with the built in benchmark, and is one of the more resource heavy games tested here. Almost 60 FPS was hit at ultra high settings, which doesn’t sound great but for this game it’s actually quite good as far as laptop hardware is concerned. 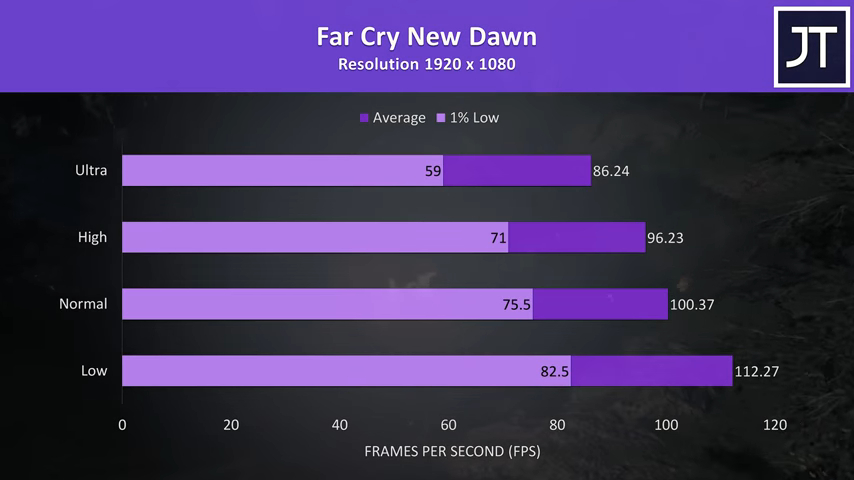 Far Cry New Dawn was also tested with the games benchmark, and the results are a little better compared to many of the previous 9th gen laptops I’ve covered, the extra CPU power is likely helping out in this test. 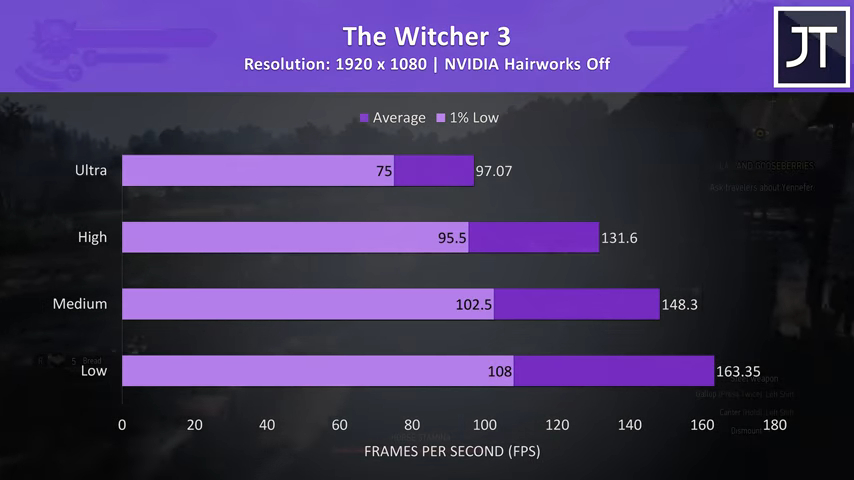 The Witcher 3 was playing fine even with max settings, however stepping down to high settings improved the performance a fair amount while still looking pretty good in my opinion. This is probably the oldest game I still test. 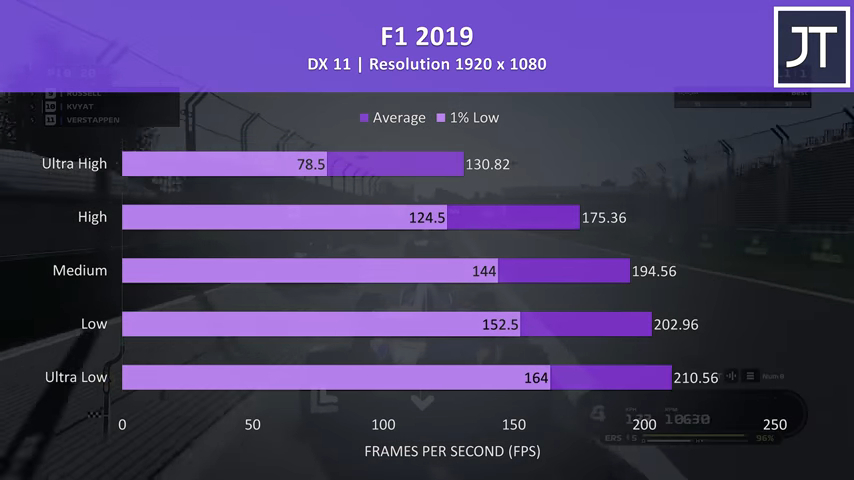 F1 2019 was tested using the game’s benchmark tool, and as is usually the case in this test the performance at ultra-high settings looked good, but like the last game, stepping back just one setting preset was able to offer a decent boost.

Let’s also take a look at how this config of the Aero 17 compares with other laptops, use these results as a rough guide only as they were tested at different times with different drivers. 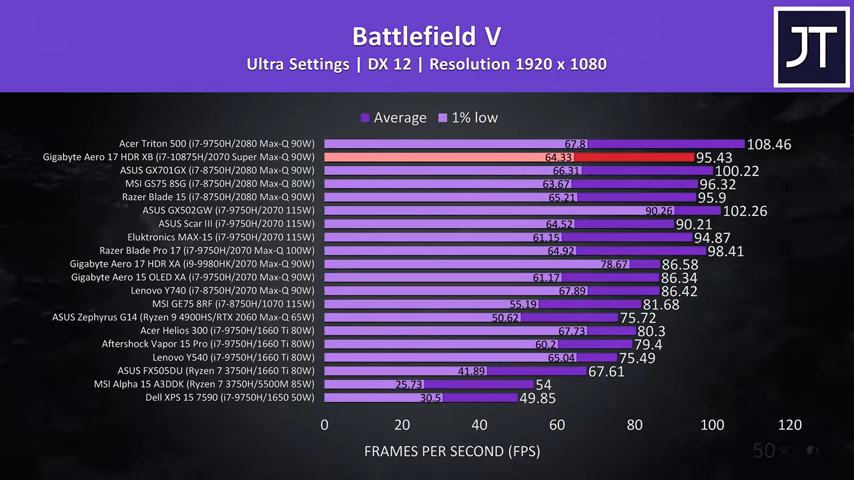 In Battlefield 5 I’ve got this Aero 17 highlighted in red near similarly specced machines. The results were fair in this game, the average FPS of the 2070 Super Max-Q is keeping up with many of the other 2080 Max-Q laptops that I’ve previously tested, however the results were more interesting in the other titles. 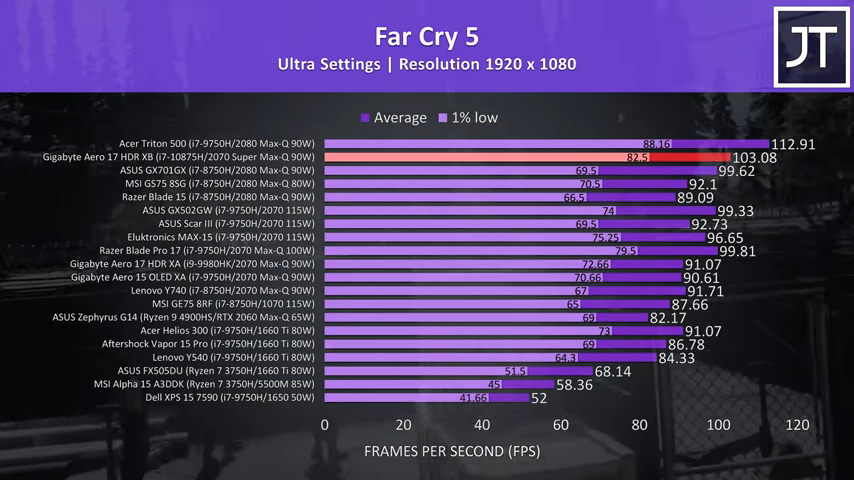 These are the results from Far Cry 5 with ultra settings in the built in benchmark. This test tends to favour CPU power, and the 8 core 10th gen processor can actually hit some nice speeds in this chassis. Anyway the results in this game are some of the best out of all laptops tested, likely only behind the Triton 500 at the top as that lets you disable the integrated graphics which boosts performance. 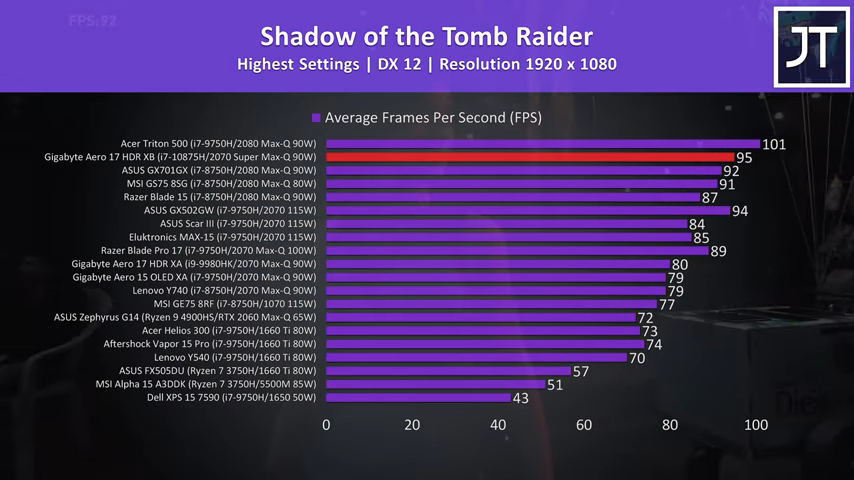 These are the results from Shadow of the Tomb raider with the built in benchmark at highest settings. Again the Aero 17 with this new hardware was producing one of the best results out of this selection of laptops. I found it interesting that it was ahead of the GX502GW, given that it has the 115w 2070 with the iGPU disabled. The FPS from the new Aero is almost 19% faster than the last gen Aero I’ve got on the graph too, with 9th gen 8 core i9 and 2070 Max-Q.