Is it Possible to Migrate an app from other technologies to React Native?

Before React Native bursts out in the tech industry developers have to put a lot of effort into native apps. Like writing similar codes for two platforms. Sounds like time-wasting isn’t it? Of course and the demerit is to hire two different teams for development for two different platforms.

React Native has solved this problem as many big giants prefer to work with React Native instead of the Native platform. What React Native can provide you?

Your development efforts will be less, provide you better stability, high quality of performance, etc. Yes! React Native will change the future of app development. This is one of the major reasons why most firms want to migrate their apps to React Native.

You should Hire Dedicated mobile app developers to sort out all things that are being wasted and make your app development process more productive. They can develop more apps at a time and will reuse the code for different platforms.

If you are concerned about how to migrate your application that is based on the same template as others? No worry, Hire React Native Developers who can use the pre-existing component to develop the apps easily.

React Native Services will provide you fast native-looking apps with fast performance and easy maintenance. It also supports gradual migration from the true native iOS and Android platforms. Let’s have a look over how all of this is possible: 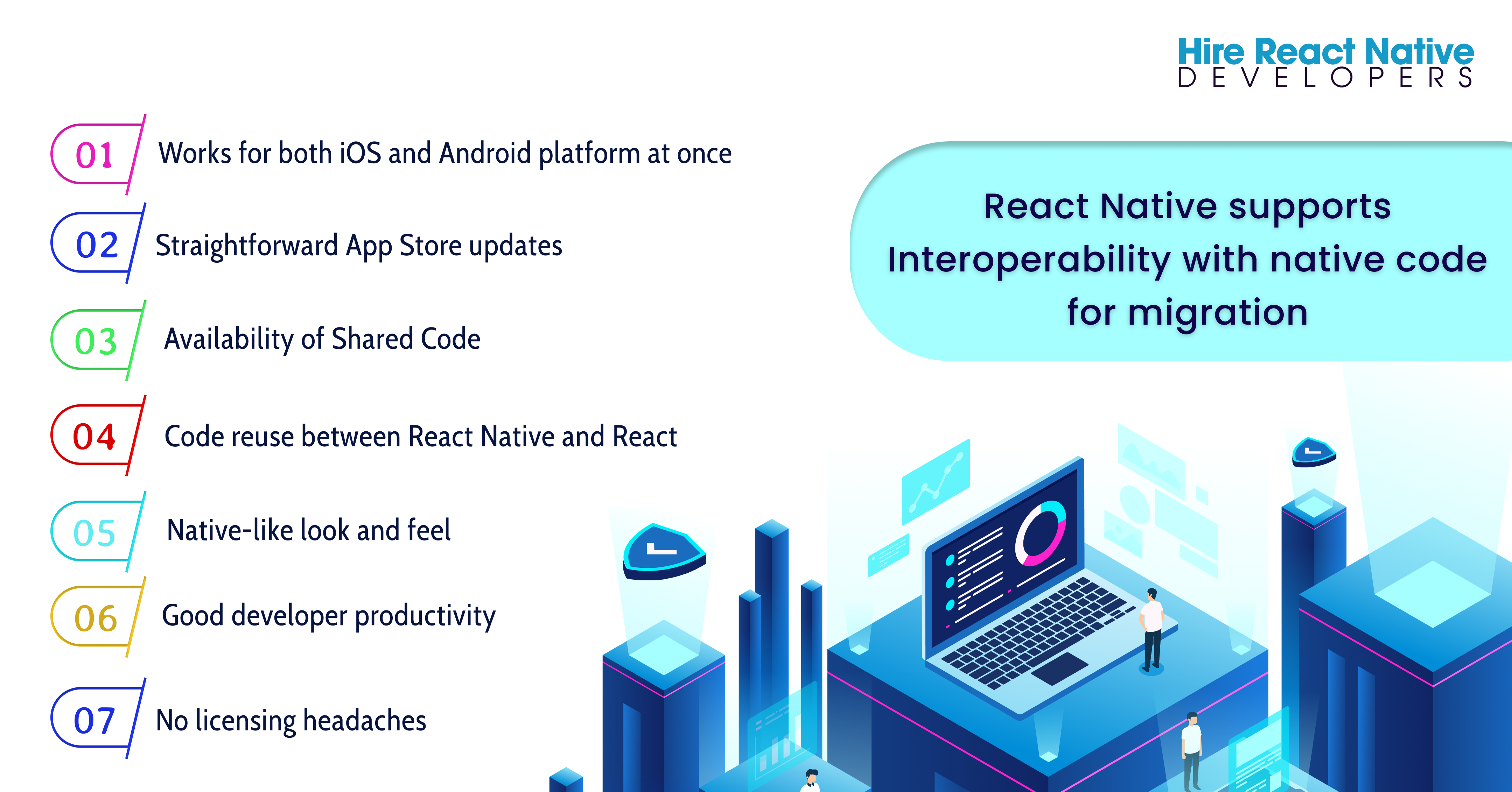 Every react native view acts as a native view. Here you can combine native Android and iOS views with React Native views. It allows you for gradual translation so that you can decide which parts of the apps you want to migrate to React Native first.

React Native developer works for both iOS and Android platform at once:

React Native is all about writing once and running everywhere. Hence, a simple react native app is mostly a single code base, built by one team for two mobile platforms. Eventually, it will decrease your time and cost to market.

If you are familiar with React then you must know that mobile and web UI has additional potential for code reuse. React reusable parts include prominent state management, API client logic, and utility methods to implement JavaScript between React and React Native apps.

Although it’s far from 95% of shared code on iOS/Android, it’s still great for your mobile and web UI development.

React Native works with native UI components through JavaScript Bridge. The look and feel of React Native apps are above hybrid applications. Plus, react native also has well-known solutions for over 60 fps animations and dynamic interactions that can challenge those of a truly native application.

React Native has a declarative architecture with prominent features like stateful hot reloading that helps to improve developer productivity.

There are many tools available in the market to help your team for incremental updates to published apps instead of going to the App Store review process over and over again.

React Native was introduced by Facebook and licensed under BSD + patents but later changed this to MIT. This is a huge step to turn React Native into a truly open platform and it made the migration to React Native a more attractive strategy for startups. 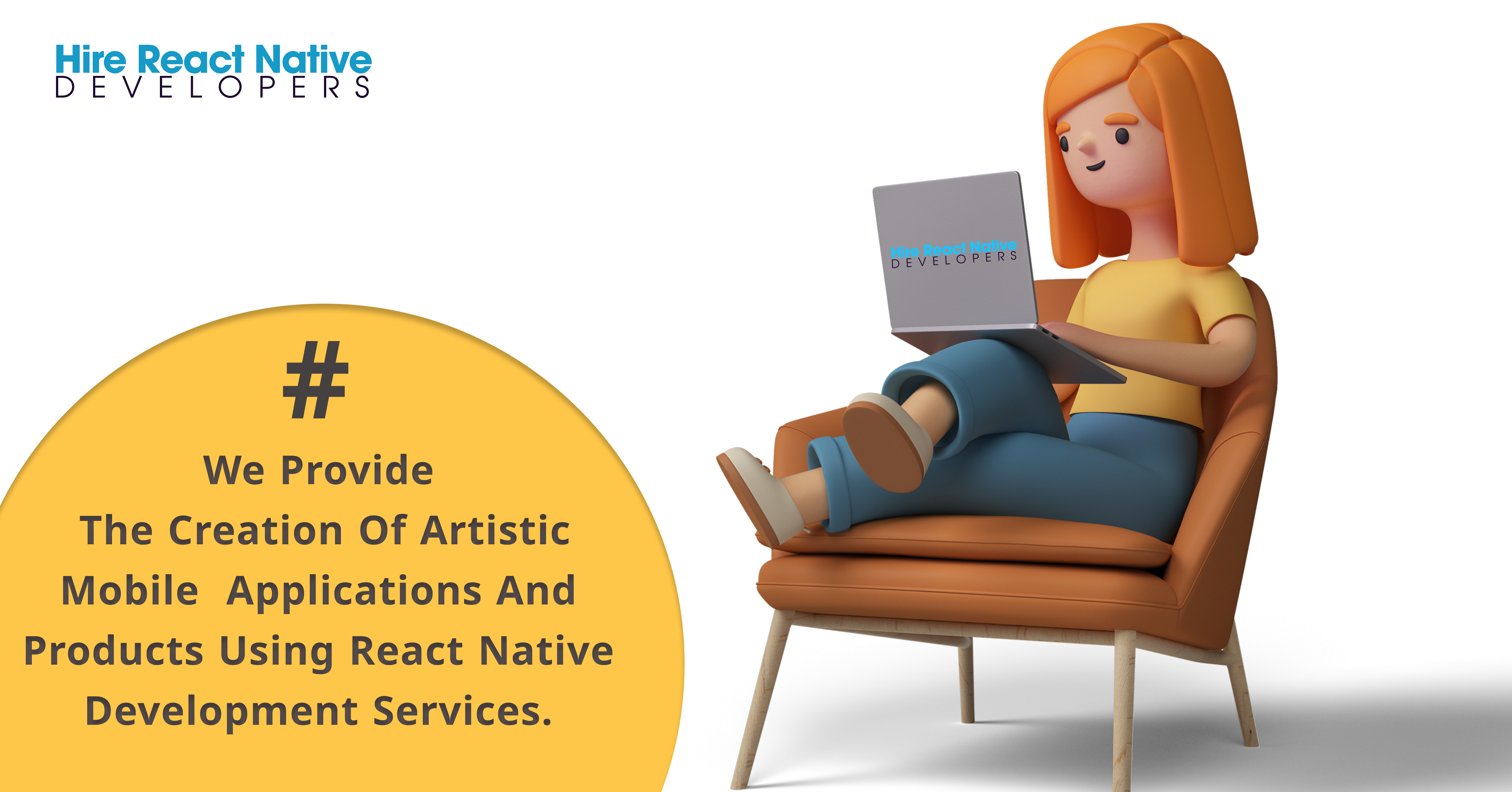 Above are the top reasons why React Native is popular for all the time and cost-saving instances. Apart from this, there is much that has been said about it. The React Native community keeps on expanding. It promises to deliver better results in the future.

Everything wants to know about Hiring React Native Developers