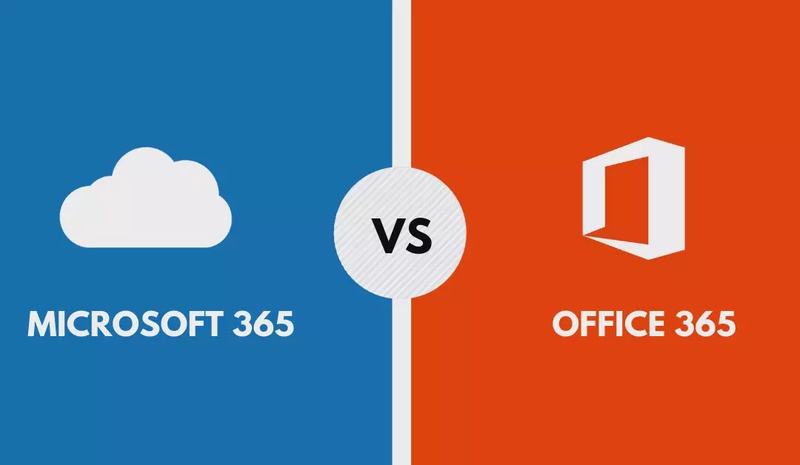 Microsoft's cloud subscriptions were confusing enough; but then they decided to rename some of their Office 365 plans to Microsoft 365. Now that would be fine, except Microsoft 365 already existed and was well understood to mean "Office 365 plus additional services".

Some of the Microsoft 365 plans include those additional services, and others don't. They're basically just Office 365; except Office 365 still exists as well! There are now about 20 different plans before you consider government, nonprofit, or individual services. Let me help you break those down so you know which subscription to buy.

To help you find the most cost-effective solution for you, I'm going to split the subscriptions into five categories. We've got

As the name suggests, these are for personal use at home. The home subscriptions give you access to the client apps, but you're not licensed for business use. The client apps are the familiar Microsoft Office applications - your Word, Excel, PowerPoint, Outlook, and the like; and their mobile equivalents.

The mobile bit is a little bit interesting, because you can download and use those mobile apps for free anyway; but you get past a 10.1 inch screen size they become read-only without a valid subscription.

In addition to client apps these plans also come with personal online storage in the form of OneDrive for Business and you get 60 minutes of Skype time a month. The difference between the Microsoft 365 Personal plan and the Microsoft 365 Family plan is that the Personal plan allows just one person to use it, whereas the Family plan allows up to six people to use it. A point of note there - the limit is on actual people, not devices.

An important note here is that all of the small business plans include a 300 user limit. If you've got more than that many people, you're going have to up at least some of them to an enterprise plan instead.

The first small business plan we've got is Microsoft 365 Apps for Business. As the name suggests, this only includes the client apps. It's very similar to Microsoft 365 Personal in fact. You don't get the Skype minutes, but you are licensed for business use.

Next we've got Microsoft 365 Business Basic. Now this doesn't include any of the client apps, so no Word, no Excel, no PowerPoint, no Outlook; but you do get the cloud productivity services. So you get Exchange, you get SharePoint, you get Teams, OneDrive and the like. This gives you file sharing, document management, workflow, email, collaboration, unified communications, etc., etc. These are the core services that most people think of when they hear "Office 365". By the time you look through all of the services included, you'll probably find that you've covered most of the business services used by organisations today.

Microsoft 365 Business Standard basically combines Apps for Business with Business Basic, so you get both the client apps and the cloud productivity services.

Microsoft 365 Business Premium takes everything in Microsoft 365 Business Standard and adds on a few extras as well. The apps in Business Premium include shared computer activation. This bypasses the normal 5 computers per person limit. That's very important if your people share devices - for example if they hot desk or they use different servers in a Remote Desktop or Citrix farm.

Business Premium also includes Virtual Desktop Access rights. This allows users to access a virtual desktop running in Azure or in an on-premises virtual desktop infrastructure. To be clear, this does not give you a free desktop in Azure. You still have to pay for the desktop itself. This just scratches one licensing fee off the list in order to use it. Business Premium also includes what I'm going to call the "security and device management services". This is essentially the E3 tier of Microsoft's Enterprise Mobility and Security suite.

As the name suggests that is a security focused selection of products aimed at securing your data and devices against the modern threat landscape.

Enterprise Mobility and Security is not dependent on the cloud productivity services, but the two are complementary. The cloud productivity services make your data available to you almost anywhere. EM&S protects that data, wherever it ends up. So if what I'm calling "security and device management" is really Enterprise Mobility and Security E3, why not just call it that? Well, the reason I'm differentiating is that some of the Microsoft 365 plans include a subset of features that don't map directly to an EM&S product that you can actually buy. Microsoft 365 Business Premium is an example of this. It includes some, but not all of the security and device management features.

By way of warning, everything I'm saying here is to my knowledge correct at the time of writing. So in six months, who knows? This might have changed again.

Here you going to see the old Offices 365 branding start to make a return.

Speaking of on-premises services... whilst we tend to think of Microsoft 365 and Office 365 as cloud subscriptions, their Enterprise versions also give you Client Access Licenses for the equivalent on-premises services. You get Exchange Server for Exchange Online, SharePoint Server for SharePoint Online, and Skype for Business for Teems. The E1 plans give you standard CALs, and the E3 and E5 plans give you Enterprise CALs. These come with the Enterprise plans because large organisations are more likely to be running a hybrid infrastructure. This is handy because it means you don't have to license your cloud services and your on-premises services separately. In fact, because Microsoft are really trying to push people towards their cloud services, quite often you can find a cheapest way to license your on-premises services is actually to buy the cloud subscriptions. Even if you don't intend on using the cloud services.

On to Office 365 E3, and you might get a sense of déjà vu here, because Office 365 E3 does what Microsoft 365 Business Standard did before it - it takes the previous two subscriptions and mashes them together. So Office 365 E3 is the equivalent of Office 365 E1 plus Microsoft 365 Apps for Enterprise. You get both the client apps and the cloud productivity services.

Office 365 E5 takes Office 365 E3 and adds additional security, compliance, and productivity features. These extra security features are different from the ones further to right of the table, that come from Enterprise Mobility and Security. These advanced features add additional layers of security and compliance controls specifically to the cloud productivity services. Unlike EM&S you can't use these standalone. Some examples include zero day protection for email attachments, and automatic classification of documents. They also give you more advanced analytics and reporting, and they enable the use of telephony in Microsoft Teams.

Because both the E3 and E5 plans of Microsoft 365 come with full editions of Enterprise Mobility and Security, they also come with on-premises Windows Server CALs. Now add that to the on-premises productivity CALs you get from the included Office 365 subscription, and Microsoft 365 E3 and E5 are kind of like your one-stop shop for both on-premises and cloud services.

These are intended for people who only occasionally use a computer as part of their job. As a result, they are a lot cheaper than their Enterprise equivalents, but also a lot more limited.

The first of these is Office 365 F3. You might have expected Office 365 F1, but that doesn't exist. Confusingly, at the time of writting F1 does exist an F3 doesn't exist; but by the time  they'll have swapped around. That's because Office 365 F1 is being renamed to Office 365 F3. It's not a new subscription, it's F1, just renamed. The reasons will become clear shortly, but for now let's talk about what an Office 365 F3 licence actually gives you.

A user with an F3 licence can access the same sort of services as a user with an Office 365 E1 licence, but they can only use the web apps. They can use the mobile apps as long as their screen size isn't any bigger than 10.1 inches, but they can't use the desktop apps at all. They do get an Exchange Online mailbox, but it's limited to 2 GB in size, and they can't use Outlook with it. They can join Teams meetings, but they can't create meetings. So it wouldn't really be suitable for a normal desk-based worker, but it is roughly half the price of E1.

Well, the Microsoft 365 F3 that exists now is the equivalent of the Office 365 F3 that exists now, plus additional security services, plus Windows 10 Enterprise and Virtual Desktop Access. Microsoft 365 F1 is a new, and even more limited subscription. As with all of the Firstline subscriptions, the cloud productivity services are stripped down, but this time you only get some of them. So you do get SharePoint and Teams, for example; but you don't get Exchange, so no email. You do get the additional security services that come with F3, but you don't get the Windows licences.

The final tier of subscriptions that I'm going to briefly mention are the Education ones. These all use the letter "A" their name. You can remember it as "E" for "Enterprise", "F" for "Firstline", and "A" for "Academic".

Education plan all roughly line up as free or heavily discounted versions of Enterprise equivalents. You've got A1 for E1, A3 for E3, A5 for E5; and you've got the Microsoft 365 and Office 365 variants. They don't line up exactly though. There are some Education-specific features that you won't find in other plans; and when we talk about A1, these days it might well be A1 Plus, which is an additional licence that also includes the client apps. The on-premises access rights work a bit differently as well. You don't get them with the Office 365 plans; but with the Microsoft 365 plans, not only do you get the CALs; you also get server licences.

With all of these product suites, the higher tiers can represent really good value compared to buying all of the services individually; but that only works if you actually use the services. With big suites such as these, it's very easy to end up paying for a lot of services you never actually use. So be realistic about what you're going to use, as well as how long it's going to take to implement it. If it's going to take you several years then there's no point paying for it all in year one. See if you can get away with a cheaper tier subscription.

Also remember to take stock of what you've already got when you buy some of these subscriptions. It's incredibly common that I'll come across companies who are paying two different vendors for the same service, because they didn't realise it was included in one of their subscriptions. I was speaking to a company the other week, and after five minutes in the phone to them I was able to save them 30 grand in recurring licensing fees - just by getting rid of duplication. It's not bad for five minutes work, though - is it?

If you've already got a licensing partner, you should speak to them; and if you're a large business with an Enterprise Agreement they should be able to get you preferential pricing. Hopefully that helps you understand where the current range of Microsoft cloud subscriptions fits together.