Microsoft has added yet another feature to Teams that have been highly sought. ‘In a meeting,' ‘Presenting,' ‘In a call,' ‘Out of office,' ‘Be right back,' and many other status options have been added to Teams by the software giant. Furthermore, Teams will allow you to define custom status options, making creating an out-of-office message much easier.

Microsoft recently announced on the Microsoft Teams UserVoice page that it has added up to six additional status choices to Teams. These additional status settings are now available to everyone in Teams, not just Preview users. If you are curious to know about all the list of available presence statuses you can visit Microsoft's Documentation blog post. 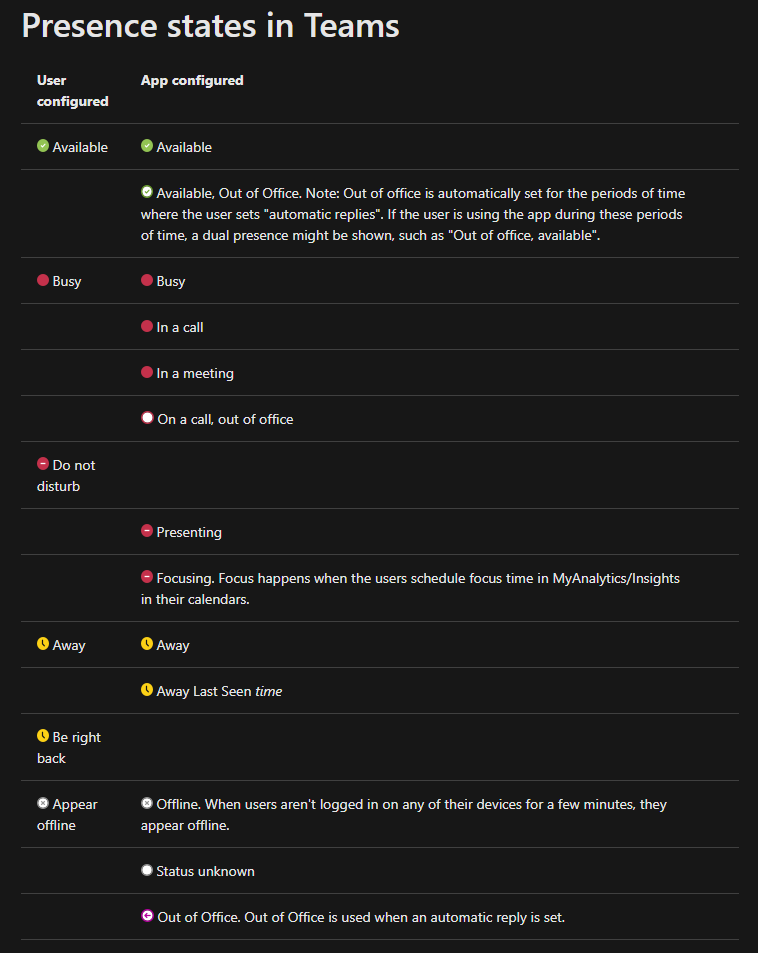 Microsoft will be adding additional important features to Teams in the coming days. End-to-end encryption calls for Teams are one of the features that are currently in development. The macOS native notifications support is also undergoing testing, which means the feature could be accessible to all Mac users shortly. Another useful feature that will be added to Teams soon is the option to remove private chat threads.

The Redmond company recently added the ability to obtain a list of users who attended a meeting for students and teachers, making it easier for teachers to keep track of their kids' attendance records. It's also developing a function that will allow kids to privately message teachers but not other pupils.