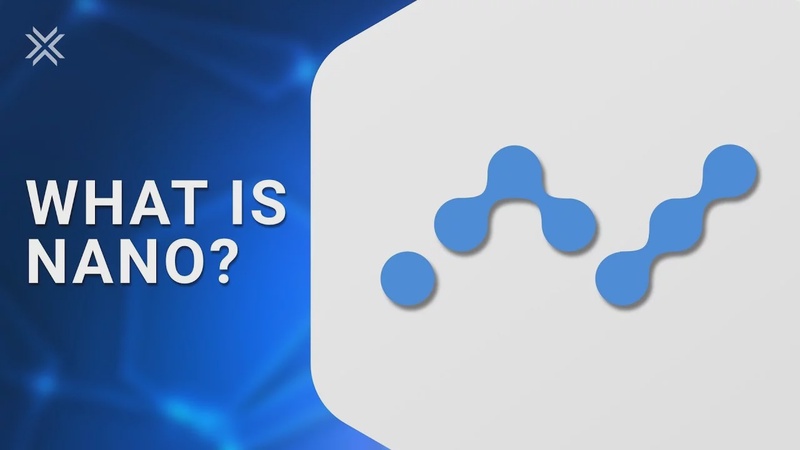 Near instant, fee-less transactions that are  finalized in less than a second and are limited in   number only by network latency. If you’re thinking  I must be talking about credit card transactions,   well I’m not.

I’m talking about Nano, “the digital money for the  modern world”, as the Nano Foundation calls it.   But how does Nano support this claim and how  does it achieve this efficiency? We’ll get   to that right away, as we answer  the question: What is Nano?

Nano was first introduced in 2014, so it’s  one of the old players in the cryptosphere.   Back then it was called RaiBlocks and it  was rebranded as Nano in January 2018,   a name that was chosen to represent the  speed and simplicity of the project.

Nano is a lightweight cryptocurrency that  was built for the sole purpose of supporting   near-instant and free transactions.  No complex architectures, no staking,   no side-chains or second layers,  no fancy dApps or smart-contracts.   None of the things that generate all the buzz  these days. Just simple, instant and free   transfers of value. And, of course, decentralized. Basically, what money is supposed to be.

Nano was trying to solve the problem of slow  transactions that other cryptocurrencies,   like Bitcoin, have. Some crypto  transactions can get quite expensive   and that will discourage people from using  cryptocurrencies for everyday transactions.   The Nano team also wanted to create an  environmentally friendly cryptocurrency   that didn’t require the electricity consumption  of a small nation to produce a block.

Nano introduced a relatively unique architecture,  one in fact that breaks the blockchain archetype.   It uses something called Directed Acyclic  Graph, also called a DAG or “Block Lattice”.   With Block Lattice, there’s no single blockchain  where all transactions are recorded. Instead,   every account, meaning every NANO address, has its  own blockchain that only its owner can change and   each block is a single transaction.

This is the  key feature that enables Nano to be so fast, since   there’s no need to wait for a miner or witness  to be selected to validate all transactions. The validation process of all transactions is  performed by computers called representatives. But   since each account controls its own blockchain,  their duty is usually as simple as broadcasting   the transaction to other representatives and nodes  in the network, which requires minimal computing   resources and energy.

This is why the network  is able to process thousands of transactions per   second and is limited in practice only by the time  it takes for a transaction to reach the majority   of the nodes around the world. And because  each transaction is only a few bytes in size,   this happens in a jiffy. In the rare case where  there are conflicting transactions, only then   are representatives required to vote on which  transaction to keep and which one to discard.

Also, there’s no monetary reward  for representatives. Instead, their incentive   comes from securing the network where they have an  invested interest. This is why representatives are   usually businesses, exchanges or wallets,  although anyone can be a representative.

Nano was designed this way so  that transactions are free and   to promote decentralization. Besides, all 133  million NANO coins were issued when the network   was launched and no more will ever be created,  so no rewards from newly minted coins either.

Although Nano is in the top 100 cryptocurrencies,  it hasn’t quite found wide adoption. As a payment   system it relies on companies integrating Nano  into their business. Still though, there are   several places and apps where users can spend  their Nano and also earn Nano by playing games,   like Counter Strike or Just Cause, visiting  places, renting unused bandwidth, participating   in surveys or even going for a jog. If you want  to find out more, have a look at this site.

Today there are many fast cryptocurrencies, but  it’s still hard to find one that matches the   speed, scalability and simplicity of Nano. So,  if you’re interested in fast and free digital   payments, either as a user or as a business,  Nano is definitely worth having a look at. This was all the time we had. Do you  think Nano has the potential to become a   widely adopted instant payments system? Let us  know your thoughts in the comments below.