PC vs Mac - The Answer 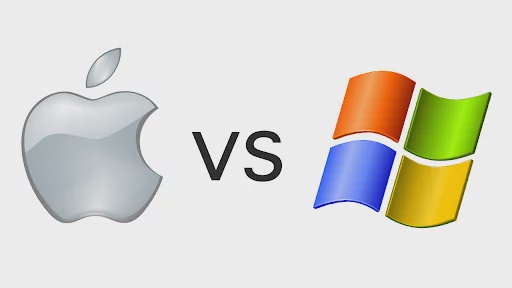 Coke or Pepsi? McDonald's or Burger King? Subway, or starvation? Classic debates such as these are not just the domain of the food industry as today, we're going to cover the age old question. PC or Mac?

It can be difficult to get an objective answer to this question, given how much passion diehards on each side of the equation have, and how quick some of them can be to attack the other as a clearly inferior platform. So let's look at how these two options actually differ.

It turns out that once you get past the different operating systems, much of the underlying hardware is more or less the same between PCs and Macs. At least for now, most Mac's in the wild use X86 based CPUs, just as most PCs do. And there's typically nothing too special or Mac specific about other parts, like ram or storage either. Indeed, some enthusiasts have even built their own computers and found a way to run Mac OS on them.

Although Apple discourages people building these Hackintosh. The fact that many folks have gotten Mac OS to run on off the shelf hardware punctuates how similar the platforms are, from a hardware perspective. So why all the fighting between PC and Mac inherent than?

A main point of contention is the significantly, different ecosystem that you're buying into. PC fans think of their side as inherently more free and open and American. Just joking about the last part and to be fair there is some truth to that from both the hardware and software perspective.

A standard PC, especially at home built one is compatible with nearly any piece of expansion hardware out there, provided you have the correct slots, headers, and ports. On the other hand Mac's are notorious for being very restrictive with what you can upgrade. Many attempted Hackintosh configurations, for example, simply don't work well, because macOS is quite finicky about hardware.

As far as software goes. It's more of a mixed bag. But recent developments have swung the pendulum in favor of PC as well. If we're talking about being able to install what you want, when you want, although Microsoft does have the Microsoft Store that tries to get you to use embedded apps with Windows 10. It's still a non issue to simply download whatever program you want, and run it to your heart's content. And of course, there's nothing stopping you from using an alternative operating system like Linux.

Either Mac's have more of an uncertain future on this front. Although they don't have the same restrictions on what you can install as iOS devices. The elephant in the room is what's going to happen with the new Apple silicon lineup, including the recent M1 chip. But it's a non X86 arm based chip going into the newest model MacBooks and Mac Minis and Apple appears to have plans to put them into desktop iMacs as well.

Because most desktop computer programs are written for X86, many developers may not wanna bother trying to write for the M1, except for those that have large install bases on Macs already. And don't even get me started on how hard it is to game on a Mac already. So while Apple, may not actively restrict non App Store programs, the company may have shrank a software universe that was already quite a bit smaller than what's available on the PC even further.

It looks like you might not even be able to run bootcamp on M1 system, which allows you to dual boot Mac OS and Windows on a single Mac, for example. But that doesn't mean going with PC is a no brainer. Apple has a large following for a reason. And while yes, part of that is because Apple's Marketing has successfully positioned it as a lifestyle brand. Their ecosystem has a reputation for simplicity, and functionality and design. And again, there's some truth to all this as well, although you can only get a bonafide Mac in a very limited set of hardware configurations.

The positive is that Mac OS is tightly integrated with the hardware that Apple offers, with the result being that Mac's tend to be a little more stable. And if you do run into a problem, it's often easier for the end user or Apple to troubleshoot it. Rather than, trying to work through the bazillion possible hardware combos in a PC, isolate which component is causing the problem and then try random solutions that may or may not work, I didn't we didn't have Stack Overflow and apples tight control over its own ecosystem means Mac's also have a reputation for being more secure. Although the cynical take is that, that's simply because not as many people use Mac's and not as much malware is written for them.

In reality, both are true. But we wanna be clear about something, Macs can and do crash and they do get malware infections, your overall odds are just a little lower than they are on a Windows based PC. But that extra bump in security and stability is enough to convince many people to pay a premium for Apple products. Although part of the added cost is a brand tax. It still makes the Mac an attractive option for folks that want a machine for simpler tasks. And then just plain work or for creative types like photographers, musicians or video editors that Apple actively targets by the way that needed the extra processing power in a package they feel is less likely to crash during the middle of an important project.

So our answer for which one you should go for depends completely on what you want to use your machine for how much you prioritize customizability, over a one size fits all ecosystem, and whether you want the suppose it's sex appeal of an Apple product. Plus, if you have enough money to even buy the cheapest Apple product.

Operating Systems you may never heard of