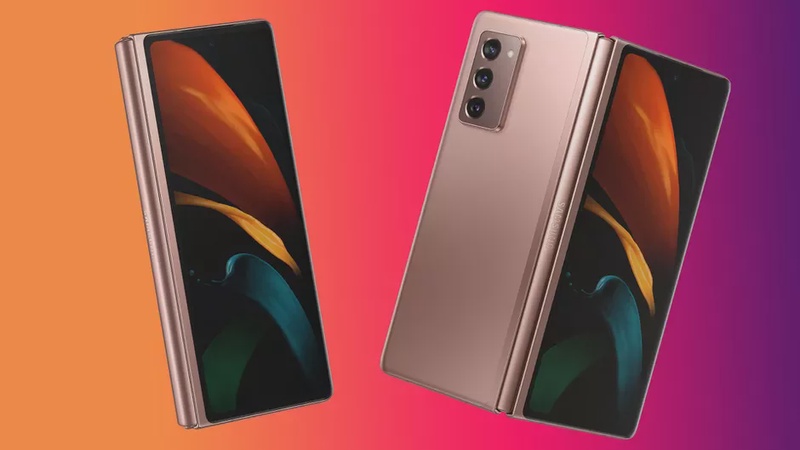 I loved the original Galaxy Fold. It's gigantic screen, top tier performance, and head turning, "wow, cool phone" factor was enough for me to ask it to go steady with me. Until I eventually got tired of carrying a second device around in my back pocket, and ultimately junked it for one without a floppy hinge, dim screen, and game breaking software bugs.

I mean, how could Samsung treat their most premium customers? The ones who spent $2,000 on a smartphone, like second class citizens? Is the question that I asked back then.

Well, now I have the answer, along with my one-month review of the only smartphone who's asking price would make Apple blush; the Galaxy Z Fold2.

The original Fold already did a lot of things right, once we got past the whole breakage scandal.

But it had four obvious flaws. The outer screen was too small to really be usable. The main foldable screen was too dim, the hinge seemed great out of the box only to turn into a flacid pile of suck down the line, and the software was buggy. And I'll address each of these with the Z Fold2 as we go. But first, the pitch.

Why on earth would you spend $2,000 on a phone? Well, I never would. From a dollars per square millimeter of screen area standpoint, the Z Fold2 actually doesn't look too bad in comparison to the latest and greatest in Apple or Samsung's own lineups, does it?

It really is like carrying a tiny tablet around in your pocket.

And almost everything about the experience is better than last time. For starters, the weird, jello effect when you're scrolling is almost completely gone and, that gigantic multi-lens selfie camera is replaced by a tiny little hole punch that drove me crazy at first 'cause like, why wouldn't I just take a selfie using  front screen and then my better rear camera? And then I could have my screen totally unblemished. Until I realized what a terrible experience using it this way was ergonomically, and accepted that, yeah, the hole punch here was probably the best they could do.

Next up is brightness. The final straw for me, when I was using the original Fold, was a trip to LA when I realized, walking out of the airport, that it was completely unusable in strong sunlight. By contrast, the Z Fold2's max brightness managed 741 nits in GSMArena's tests. Not market-leading, but in the real world, it was noticeably more usable.

And then finally, there's the hinge. I was super miffed, when I got my Fold1 back from the camera guys, with a bit of a Gull wing shape to it, unless you like really crank it open. And even though I never said anything, I blamed my shooters. But it's clear to me now, seeing the infinitely better hinge on the Z Fold2 that the old one never stood a chance. This feels much more sturdy. And on top of that, it actually opens up to almost any angle that you could want. Although, I have to confess, that with all this screen real estate at my fingertips, Samsung's idea of using the fold as like a built-in stand while you watch movies feels pretty wasteful.

Unlike, multitasking, which is where this device really shines. Got a WhatsApp chat going, and you want to browse the internet? No problem. Got a spreadsheet rolling and want to reference some data to copy into it? You can do that too. Are you more of a single task kinda person? No problem. In supported apps, we will talk about this later, the Z Fold2 offers what is simply the most immersive experience of any phone that I've ever used, ever. And pretty much without compromise.

With the latest Snapdragon 865 processor, 12 gigs of Ram, and a 120 Hertz display. Oh, I can't believe I didn't mention that before.

Apple's A14 Bionic might be a lot faster on paper, and when rendering a video, and when gaming, okay. It's a super impressive chip. But the Z Fold2, and any device with a high refresh rate display, just plain feels smoother in day-to-day use.

The best part, is that even with that enabled, the 4500 milliamp hour battery only failed to get me through the day a couple of times. And that's with me seeing a fair bit of TV. Don't worry though, I'm actually sleeping for a lot of while that's running. I don't actually watch eight hours of TV a day. And by the way, the speakers are great.

I also unlock, 70 times a day, according to Samsung's usage stats, with 100 plus notifications coming in. Although that notification number seems a little off. And we will talk about that later too.

For now, more good things. 5G, Corning Victus glass on the front, up to 512 gigs of internal storage, wireless charging with reverse charging as well. What could be bad?

All right, here's something. The unfolded screen is bigger than last time. I know, I know, crazy thing, right? I'm like, "Hey, sales pitch, giant screen. By the way, my biggest complaint, giant screen." Let me explain.

One of the biggest reasons that I almost never use a tablet is that unless you sit down at a table, and hook a keyboard and trackpad up to it, it's basically impossible to type. And at that point, I might as well just use a laptop.

Phones get around this by allowing anyone with fast thumbs, and a reasonably good predictive keyboard, to get darn close to desktop typing speeds. As long as the whole keyboard is actually reachable with your thumbs. So for me, a taller unfolded screen would have been way better. It would have reduced the size of black bars on full screen media, and resulted in a better fit when reading large documents in portrait. But then Samsung went and widened the screen instead, making it hard for me to reach the middle of the keyboard quickly.

I know, both the stock keyboard, and actually Swiftkey for that matter, do have split modes. But for me, I reach over the center line a lot when I'm at full speed, and I can't do that on a splitty. If you've got big hands, or you don't mind the split, you can ignore all that. But I did have to get it out there.

The included screen protector is horrible. I understand why it's there. Glass doesn't fold, at least not yet. Which means that almost anything is going to leave horrible scratches in that underlying plastic screen. Unfortunately, using the also plastic screen protector has really felt like going back over a decade ago. Like the way my finger, like, here, listen to this. Right? And it's almost impossible to keep clean.

Now, let's talk in detail about the camera. Actually, I'm just kidding. It is fine. It's totally not the main attraction for a device like this though. Realistically, all it needs to be is good enough that the vast majority of people would never notice the difference. And it definitely manages that. I never felt like it was holding me back. But then I'm also happy with my daily driver Note9, which at this point is basically crap compared to the latest Pixels and iPhones.

The Z Fold2 simply can't be my one and only phone when it has game breaking bugs like this. Back to my notification stats. Where the hell is Microsoft Teams? I use it for work. And I promise you, I get plenty of messages from people at work. Notifications are enabled, and yet, somehow I don't get any of them.

To be clear, Teams notifications are a festering piece of crap and Microsoft should feel bad. I'm not the only one in this building that is like, having problems with it. But for all I know, Samsung could easily be partially to blame for this. Because even very mainstream apps, like Instagram and YouTube, offer degraded experiences on the Z Fold2.

Instagram looks like garbage and has black bars on the side. Not to mention that it started double posting, every time I tried to post an update. Which was especially charming because I couldn't even go back in my older posts and see that there were two posts on the Z Fold2. I had to check on a different phone to realize, "Oh no, all these comments about double posts." 'Cause there's the second post. So it took me a while to figure out there was a problem.

And then, YouTube still doesn't have support for community posts or stories. Now when pressed, my Google contact all but confirmed what I've always suspected is the case with the device like this. "Yeah, we know it's expensive but, frankly that's not our problem. And for anything that's not running stock Android, there's just no guarantee that it's gonna work out of the box. And it takes coordination between Google engineers, and engineers at the device manufacturer, to make these kinds of things work. As you can imagine, at the moment, the dozens of people like you running foldable phones, just aren't a priority compared to the millions who will be running iPhone 12s within the next few weeks, so you're just going to have to deal with it.