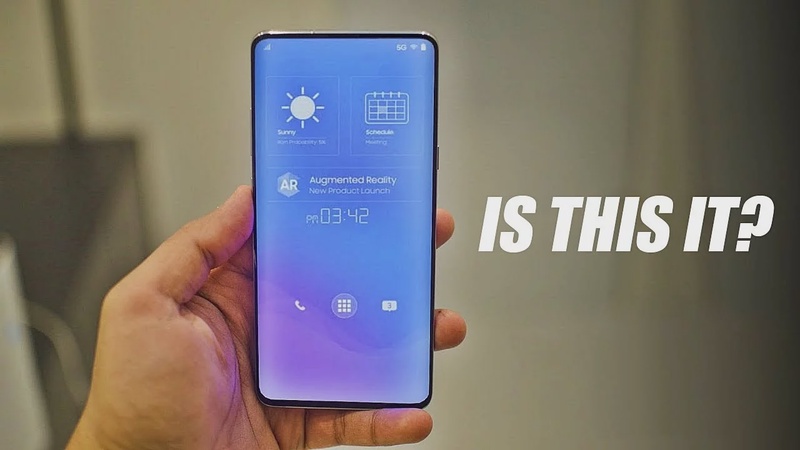 Samsung's Chairman Lee Jae-Yong held a design strategy meeting and stressed the importance of an integrated design. It's the first time ever that the CEO of all the important Samsung business units have attended a common meeting including DJ Koh and TM Roh.

Samsung's chairman was also photographed at Samsung's research and development center in South Korea in which he was seen holding a prototype phone unlike anything else we have seen from Samsung so far.

South Korean people believe this is Samsung's unannounced sliding display smartphone where the display actually stretches from a regular smartphone form factor to a tablet form factor. It also looks almost exactly like the patent that Samsung filed a couple of years ago, letsgodigital made these renders based on those patents which show the display slides from one end to reveal a bigger screen.

It looks like Samsung's chairman is also holding a sliding display phone with the same form factor albeit it looks like the mechanism slides towards the left instead of right as shows in these renders. By the way, Samsung has been working on this technology for years now. In fact, they showcased this stretchable display almost 4 years ago. So it isn't entirely new ground for Samsung.

Also, if you remember we got a report from South Korean media a few weeks ago that Samsung is planning to bring sliding screen smartphones to the market as soon as next year. So it seems we are looking at one of the prototypes of this phone and I won't be surprised if the final product ends up looking like this.

By the way, LG is also working on a sliding display phone. In fact, they showcased a teaser at their launch event and according to the latest information, they are calling the LG Slide.

It will be launched in March next year so it seems sliding phones are the next big thing to go along with foldable smartphones. In a way, the slide-out screen design is intriguing because it achieves the same goal of teasing the screen real estate of a tablet from a device the size of a typical phone, without the complication of bending the device.

This could allow it to have a single, more efficient battery, and could potentially solve the problem of the foldable phone's telltale crease. So looking forward to next year to see if they are actually better than the folding phones we have right now.

Apple officially stated that the battery life of the iPhone 12 and the previous-gen iPhone 11 series is the same but turns out that's not the case. Mrwhosetheboss did a battery test among the best phones all the major companies have to offer that includes the Note 20 Ultra, Mate 40 Pro, Mi 10 Ultra, Oneplus 8 Pro, iPhone 11 Pro, and iPhone 12 Pro. And despite having a 5nm chipset and a 60Hz display the iPhone 12 Pro performed noticeably worse than the competition. It had a screen on time of 7hr 16 minutes which is good but pales in comparison to the Note 20 Ultra which lasted 8hrs and 41 minutes in his test.

And remember the Note 20 Ultra has 120Hz and a 7 nm chipset, so the reports that said Apple didn't include a 120Hz panel on the iPhone 12 because of battery issues were absolutely true.