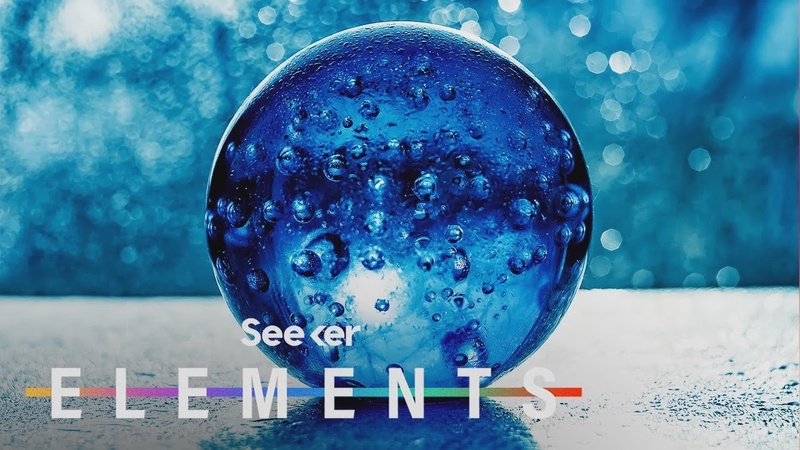 Scientists just can’t seem to get enough glass. Despite the material being about as common as can be, some are still poking and prodding it, trying to unravel its mysteries. Now one group of scientists experimenting with this material has stumbled onto a state of matter that was predicted 20 years ago: liquid glass.

Some of you are going to jump up right away and assert that glass is already a liquid. Well, I hate to shatter your world, but it turns out this is one of those myths that just won’t go away. Glass is not a very slow moving liquid as some like to claim, unless we’re talking cosmic time scales, but it is an unusual solid.

While crystals tend to line up in neat orderly patterns, glass plays by different rules.

Its structure is random and unpredictable, so it’s known as an amorphous solid. While we tend to think of the silica based material used for windows and phone screens as glass, any rigid amorphous solid can be one. Plastic, for example, is a glass too.

Why glass forms this way, why it doesn’t line up into neat rows except under theoretically impossible conditions— that is the mystery that keeps drawing scientists back to this material. And that’s why one group based out of Germany decided to try something new. They mixed plastic particles that ranged from one to ten micrometers in diameter with a solvent to form what’s called a colloid.

A solvent is just a substance in which materials can dissolve to form a solution and colloids can be anything from jam to milk. Colloids can form glass and are easy to study because the particles in them are much bigger than atomic scale and can be observed under a microscope.

From there, scientists can draw conclusions about what’s happening in other materials at smaller scales. Glass experiments with colloids are hardly new, but until now they had always been done with spherical nanoparticles.

For their experiment, the scientists decided to use ellipsoidal particles, which unlike spherical particles have a clear orientation. Because of their shape, it’s easier to tell when they rotate versus when they translate, or move back and forth and side to side.

The researchers said they chose non-spherical plastic nanoparticles because they’re more like the asymmetrical particles found in nature. It wasn’t until recently though, that scientists had the ability to make these materials.

When the researchers suspended a certain density of these ellipsoidal particles in a solvent, they formed a glass. They created rigid structures and couldn’t rotate. But they could still translate back and forth, so the particles could be said to be in a liquid state.

The researchers had accidentally created a new phase of matter! Astonished by their findings, they dug through literature on the subject and actually found a 20-year-old paper that predicted such a thing might happen.

There were some things the paper didn’t predict, like how similarly oriented particles would bunch up and form structures that could then intersect with other structures at random angles. The scientists suspect this behavior might explain why glass forms in seemingly random shapes as it cools.

But the case on glass is far from cracked. This latest discovery may reflect some hidden truths about the material but there’s plenty more research to be done, and I’m pretty sure glass will keep fascinating scientists for a long time to come.