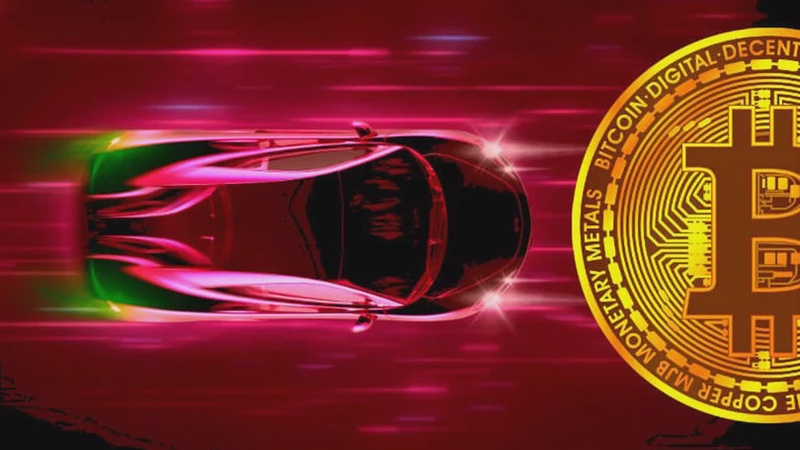 The news today is big, it’s very big. In fact,   what we’ve got going on right  now could turn out to be   one of the biggest things to happen to Bitcoin  in all of 2021. And in my opinion maybe ever?👀 Elon Musk’s company, Tesla, the iconic  manufacturer of electric cars, has bought   $1.5 billion worth of Bitcoin according to a  filing with the Securities and Exchange Commision.

Take a moment to let that sink in. After Apple,  Facebook and Google, Tesla is one of the most   recognized corporate names in the world. Led by  charismatic CEO Elon Musk, Tesla single-handedly   made electric cars cool. The very fact that large  manufacturers like Mercedes and General Motors   are building electric vehicles today is due in  large part to the revolution that Elon started.

A revolution starter, that’s a good word to  describe Elon. In case you haven’t been on   YouTube anytime in the last ten years, besides  kick-starting the electric vehicle industry,   Elon built SpaceX from the ground up. You  know those ultra-cool rockets that come   down from space and land on a little yellow X  the size of a card table? Yeah, that’s Elon. The rapid rise of Tesla’s stock price  has propelled Musk to the top of the   capitalist leaderboards where he now  reigns as the world’s richest man.

Money hasn’t dulled Musk’s sense of humor though,   as one of his favorite pastimes is promoting  Dogecoin on Twitter to his 44 million followers. That’s all fine and good, and Musk has  definitely sent Doge on an epic run,   but at some point it’s time to get  real. When we’re talking about the   big bucks there’s only one digital asset  worth considering and that’s Bitcoin. Here’s what we know so far… Tesla has bought $1.5 billion worth of BTC to  put on their balance sheet. The deal is done,   the coins are delivered and we can all stop  wondering why this recent dip was so short.   Why didn’t BTC go down further and stay there  longer? Because Tesla was buying the dip!

We also know that Tesla is planning  to accept Bitcoin payments.   The SEC filing doesn’t say when  they’ll start taking Bitcoin   but hopefully, it shouldn’t be too long  from now. If Tesla can hold Bitcoin they’re   probably not far from developing the payment  rails they need to accept BTC from customers. The SEC filing also states that Tesla may  purchase more digital assets in the future,   although there is no mention  of any specific plan to do so. But there’s more going on behind  the scenes here, let’s go into it…

If you’ve been in Bitcoin for  a while you’ve definitely heard   of Michael Saylor and the company  he is the CEO of, MicroStrategy. Since MicroStrategy’s initial Bitcoin purchase,   Michael Saylor has become one of the world’s  biggest Bitcoin advocates. He’s gone on   dozens of podcasts to explain why he believes  Bitcoin is the world’s most valuable asset. More recently, Saylor hosted the “Bitcoin for  Corporations” event. The virtual conference   included talks from a number of Bitcoin  advocates but, perhaps more importantly,   Michael Saylor explained how he was able to  put BTC on MicroStrategy’s balance sheet.

For a retail investor like you or me, buying  Bitcoin is pretty simple. Sign up on Coinbase,   go through KYC and away you go. But for  a corporation it’s not that simple. The   regulatory and legal hurdles can be  pretty epic, so it was super cool to   see Micahel Saylor explaining the process  to other CEOs and corporate treasurers.

Based on the timing it seems unlikely that the  conference was responsible for Tesla buying   Bitcoin. This purchase is probably something  that Tesla has been working on for months. The conference, combined with Tesla’s lavish  purchase, has got to be forcing hundreds   if not thousands of other companies to take  Bitcoin seriously. Government debt is at nearly   unprecedented levels and yet the government is  continuing to spend like it’s going out of style.   Since there’s not enough tax revenue coming in  it’s the central banks who are picking up the tab   and when that happens it’s just about a  one-way street to inflation.  In other words,   a dollar that is losing value day by day.

MicroStrategy bought Bitcoin to protect the  purchasing power of its cash reserves. Tesla is   doing the same. Both of these successful companies  have assets they don’t want inflated away.

Other companies take note, this  is happening, and it’s happening   fast. Tesla is not the first and it won’t be  the last. In the hours following the news,   Bitcoin went up $5,000 and this  movement is only just getting started. Elon Musk is followed on Twitter  by 1 out of every 9 Americans,   and it’s not as though social media  is the only place he has a voice.   This news is going to spread faster  than anything we’ve seen before. PayPal, Square, Druckenmiller, MicroStrategy,   and others are just the beginning of  institutional money flooding into bitcoin. Tesla may have just burst through those gates  like a tidal wave - making more companies   likely to put Bitcoin on their  corporate balance sheets. Bitcoin has reached a new  era of corporate adoption. Who’s next?