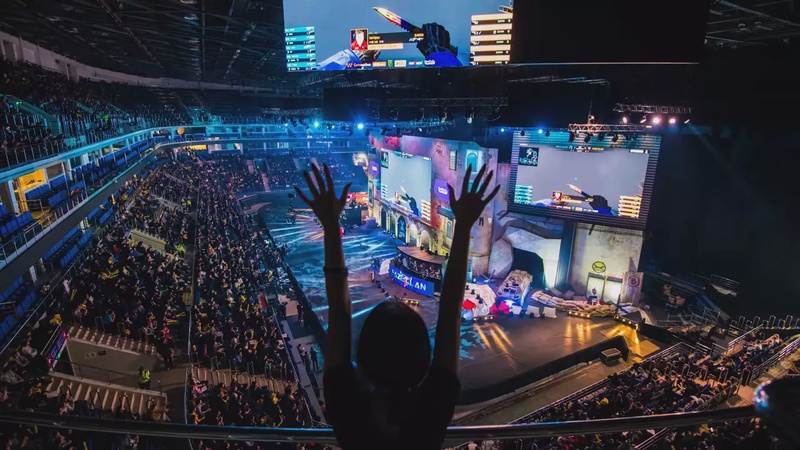 You might have heard that this year's version of the Electronic Entertainment Expo, better known as E3, was canceled due to the COVID-19 pandemic. And that's no surprise given that major events around the globe have been scrapped for the same reason. But after the world pulls out of this crisis, the future of E3 may very much be in doubt about reasons that have nothing to do with a pandemic. But why?

I mean, E3 has been a big deal for a long time. The show dates back all the way to 1995 when the gaming industry decided that it was tired of being an afterthought at Tech trade shows, and finally said, "Screw you! We'll make our own event, with Blackjack, and hookers." Just kidding about that last part.

But after game developers set out on their own, E3 quickly developed into an important fixture, for the industry. It became traditional for big ticket consoles and chart-busting AAA games to be unveiled at the event. And gamers everywhere were envious, for years, at the industry members who were able to attend, though it finally opened up to the general public in 2017.

So, with gaming arguably a bigger force in our culture today than it's ever been in history, with the rise of Esports, and a smartphone that doubles as a mobile gaming platform in everyone's pocket, why would a trade show centered around video games be struggling?

One reason, has a lot to do with digital distribution and social media. Remember when you were a kid and playing games meant getting a shiny new console or a shrink-wrapped copy of a highly anticipated game on Christmas morning? Obviously, dedicated consoles and physical media are still around, but companies can now get new games and updates out to gamers quickly. Think about how Apex Legends, which has become hugely popular, was revealed with a surprise announcement instead of a trade show event. And, the rise of social media has meant that developers can now get information about upcoming titles and hardware directly to consumers on their own schedules rather than waiting for an industry show. Nintendo, Sony, Microsoft, they all now have their own virtual events focused on their products only.

In fact, Sony didn't even bother showing up to the 2019 edition of E3 simply because they didn't feel a need to. And it wouldn't be surprising if other heavy hitters in the gaming industry followed suit in the future. What's the point in announcing a big name console at an event with limited floor space when you're trying to compete with lots of other vendors for attention and eyeballs.

Microsoft has already reflected this trend by announcing the Xbox Series X online, instead of at a brick and mortar event. Then throw in the fact that E3 is facing increasingly stiff competition from other shows like Gamescom, or PAX, or LTX,  which are more focused on gamers and consumers than they are in industry insiders, potentially making them more appealing to developers who immediately want to create buzz with fans. Even one of E3's own has contributed to the show's decline.

Geoff Keighley, who was a broadcaster for E3's livestreams at a fixture of the event, announced he would not be at the show, prior to its cancellation. Instead, Keighley announced that he'd be running his own Summer Game Fest, which could be seen as yet another competitor to E3. E3 has responded by attempting to bring more interactivity to the show and make it a little less focused solely on the business side of the industry. But it's unclear if this will make an impact once the show returns in 2021. Though, I wonder how much interactivity there will really be if we all have to stand six feet apart.