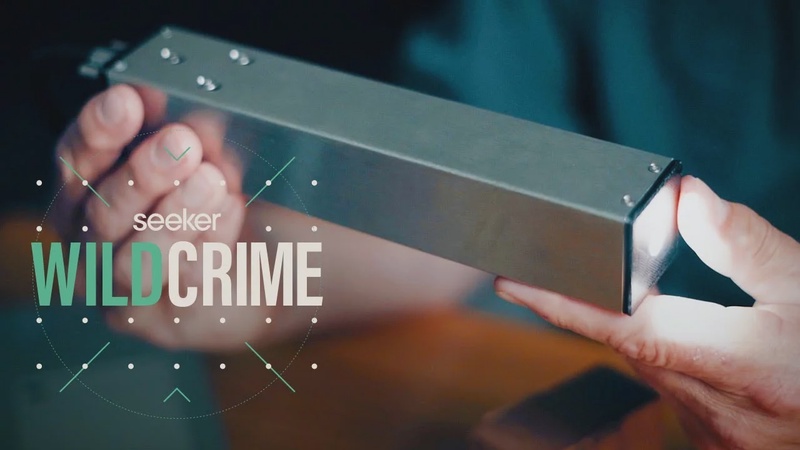 One of the really insidious parts of illegal logging is that the same criminal enterprises are also engaged in trafficking drugs, weapons, and typically human trafficking as well. It's not just damage to the environment where the trees were cut down, and it's not just the source country losing those resources, it's also the fact then that those profits go on to support these other kinds of international crime.

We're at a point in time where the world's forests need all hands on deck, if we are not actively engaged in some form of protection and some form of combating illegal logging, if we don't do it now, we may not have a chance. We lose habitat that maybe we can never get back.

Internationally, we see the bulk of illegal logging happening in the tropics. So we talk about deforestation, illegal logging, land conversion in places like Congo, in sub-Saharan Africa, or the Amazon in South America.

The role that the US plays in the global illegal logging trade is that we're a demand side, we're a consumer side of this problem. We know from research and investigations that have been going on now quite actively for about 10 years, that there's actually a lot more fraud and misrepresentation of forest products than people realize and some of that material is doubtless of illegal origin. So when we're involved in the fight against illegal logging, our role is really on this forensic timber identification piece.

The Center For Wood Anatomy Research is largest scientific research wood collection. Everyone, I think, is familiar with forensics nowadays. One area of forensics that people often overlook is botanical forensics. We'll work on whatever cases that we need to. We've done plane crashes, we've done murder cases, we've worked on arson cases, attempted car bombings.

They need some kind of knowledge or technology to let them look at the wood and see whether it lines up with the paperwork. And traditionally that's done by someone like me, or I would train someone. And training human beings to do this takes a lot of time, it takes a lot of effort. I really started saying, "How can we solve this problem of needing to build this capacity and needing to get this information out, because I don't think we can train human beings fast enough". And that actually led us down a pretty interesting road of trying to come up with a technological solution to this problem.

It is essential to have an interdisciplinary team that knows about law enforcement, AI, wood anatomy, and all these fields come together here.  The Xylotron itself is this handheld, portable device connected to a laptop to do wood identifications.

The XyloTron is built from off the shelf components and uses all open source technologies. It has two primary components. It has the imaging device itself, which we call the xyloscope, and then it has the laptop where we actually do the AI portion of it where the actual identification is made.

The biggest advantage is you can carry this thing in two hands and take it anywhere in the world. That is not true of any of the other forensic technologies. They're really restricted to the laboratory.

The artificial intelligence model that we use in the XyloTron to identify wood is a neural network. A neural network is basically a mathematical computation, which has some numbers or knobs and parameters that can be tweaked and changed in a data driven manner. In our case, the input is the image of a wood and the output is going to be what species or what category this wood belongs to.

To operate this, all we have to do is have a specimen of wood and then place this flush on the top surface there.

Turning on the light, pressing this onto the surface of the specimen, and then I have to orient the Xyloscope so that a certain botanical feature called "rays" are running vertically in the image. It captures an image, it feeds that image into the system, it breaks it down according to the machine learning algorithm, and then it gives me my output. It's basically the exact same thing I see when I look with my hand lens at a block of wood.

There's always going to be this cat and mouse game between what the criminals are doing and technology catching up with their misdeeds. Illegal logging is a global problem, and to address it at a global scale, what we need is access to technology and expertise that is scalable, affordable, and easy to adopt and adapt. The XyloTron project ticks boxes on all these levels and it can be deployed at many different points in the wood supply chain.

In an ideal world, we would combat illegal logging in the forest. Right? We would stop the people with the chainsaws. And there are people out there trying to do that, but that's not a place where the science that we do here can contribute much. If a shipment comes into the United States and we do the identifications and it's illegal because they mis-declared what it was or because it's an endangered species, we have the legal authority to seize that shipment. And if you can do that enough, you're going to reduce the demand, you're going to reduce the degree to which it's desirable to be out there illegally logging. Because if they can't make money, they're not going to do it as frequently. It’s just that simple.