This Upcoming NASA Mission Could Discover How Our Solar System Began 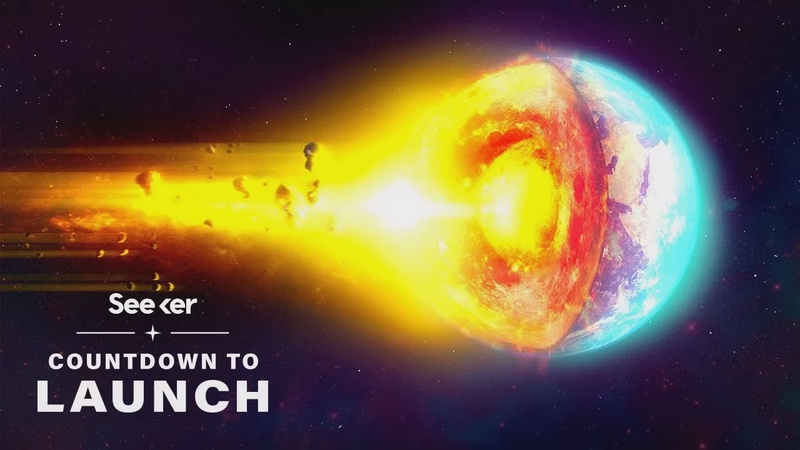 As of this month, NASA officially approved the construction  of their asteroid hunting spacecraft, Lucy.

Little Lucy will visit two large asteroid clusters near Jupiter known as the Trojan asteroids. It will be the very first time NASA visits these rocky clusters and, within 12 years, Lucy will analyze eight asteroids—both above and below their surfaces.

Asteroids are remnants of our 4 billion-year-old past, and unveiling their origins could not only revolutionize our knowledge of planet formation, but maybe also provide insight about Earth, its ancient history, and how we got here.

No other space mission in history has been launched to as many different destinations in independent orbits around our sun, but the difficulty will  be well worth it. This mission is truly tantalizing because the asteroids are so diverse.

The Trojan asteroids are broken up into two large swarms that orbit the Sun along Jupiter’s path; one ahead of the planet and another behind it.

They’re loosely held together by the gravitational pull of the Sun and the massive planet, creating a bit of delicate dance. Because there’s so much to learn from each cluster, scientists wanted to pick asteroids that represented three major types of bodies known as C-, P-, and D- types.

Since these asteroids are in various locations, they can reveal different exciting discoveries,  like how collisions worked billions of years ago, what kinds of life-forming materials the asteroids may be made of, and how our planets formed. Although Lucy won’t be landing on any of the asteroids, the craft will be mapping their surface geology, color, composition, densities, AND will even be keeping a look out for surprising mini satellites or rings that the asteroids could be pulling in.

How will it do this? Well of course a spacecraft wouldn’t be anything without its sweet suite of instruments. Lucy may be over 13 meters long, but all its remote-sensing instruments will actually be kept in the body of the craft which is less than a meter in length.

The first is L’Ralph which is a multispectral visible imaging camera and infrared spectrometer. This instrument will be determining how active the asteroids are by looking at the unique composition of silicates, ices, and other organics.

Next up is  L’TES, the thermal emission spectrometer. This instrument is similar to what’s on OSIRIS-REx, and it will help Lucy understand how heat interacts with the asteroids: what's their thermal inertia like, how do they retain heat, and what does all of that mean about their composition.

And then there’s L'LORRI, which is the Long Range Reconnaissance imager. It’s basically a high-def camera that will be taking detailed pictures of the asteroids. And finally Lucy’s High-Gain antenna that will help it determine the mass of each asteroid.

Launching in October 2021, Lucy will need two gravity-assists from Earth, meaning it will use our planet to gain momentum on the first leg of its journey.

Lucy will meet its first asteroid from the main asteroid belt in 2025. Here Lucy will be able to do a bit of a test run with its instruments. And from there, the craft will make its way over to the outer part of our solar system towards the first Trojan asteroid cluster. There it will meet four other asteroids, and then loop around Earth once, meeting a binary asteroid pair in the second cluster. After 12 years, and 8 asteroids, Lucy will be all wrapped up.

With a meticulous course like this, timing is pretty vital. So unlike other NASA projects, like the James Webb telescope that can be postponed without too much mission compromise, LUCY only has a 20-day window to get off the ground in October 2021. With this latest construction  approval, the team is on track for their highly anticipated launch.

Lucy’s discoveries could unlock the mysteries and answer the questions we have about the solar system, Earth, and even ourselves. I guess we just have to wait and see. Fun fact: Lucy got its name from the fossilized human ancestor that helped us understand human evolution. So the NASA and the Southwest research institute team hope that this craft can do the same for our understanding of solar system evolution. I'm excited to see what it finds!

This NASA Spacecraft Could Unveil the Origins of Life