The top 10 memes of the past decade 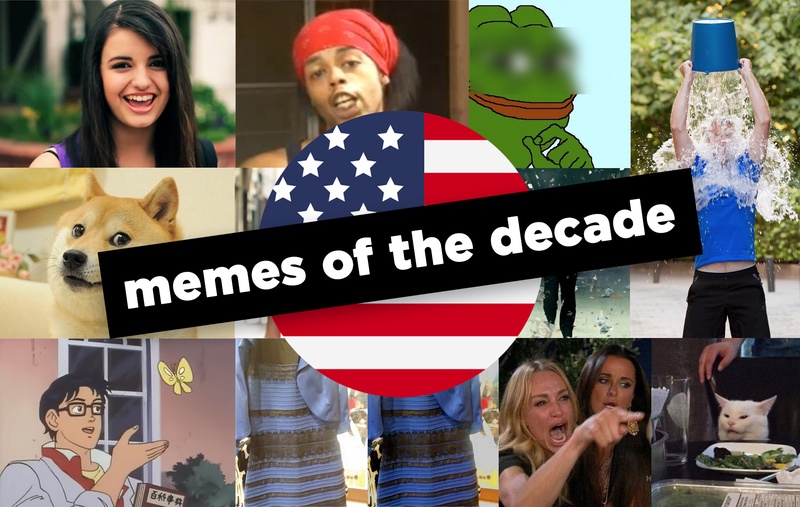 Yes, memes have become so popular on the Internet (they are exchanged by people of all ages), some companies even appeared a position for people who understand the meme and used them to advance in social networks and other media platforms.

Bed Intruder Song — auto-tune Remix of the interview, which got 145 million views and became the most popular video on Youtube in 2010, hit the Billboard charts and spawned imitators who started to make videos in an attempt to achieve the same success.

Friday (Rebecca Black) song with a stupid text that was seen by the Internet, stolen quotes and memes, has become the most disliked video 2011 (at the time more than a million dislikes allowed) that spawned a few covers in an entertaining evening show and even managed to get into the top 100 on ITunes.

Gangnam Style became the most viewed video on YouTube by the end of 2012. Screenshots and GIFs from the dance instantly became a meme, in almost all countries movie and pop stars and politicians have imitated this dance. The movie that proved to the world that the language barrier is not a barrier.

Dog memes with Shiba inu, speaking in broken English, took over the world in 2013. She was so pleased to users that it started to release the merch in her honor created the cryptocurrency in the world has increased interest in the breed Shiba inu, and memes with it continues to create to this day.

Ice Bucket Challenge — the first online challenge, which drew attention to the problem of amyotrophic lateral sclerosis and has brought more than $220 million to Fund the fight against this disease. The participants had to pour cold water and pass the challenge on, and who did not run, he should make a donation to a charity. It was attended by many, from ordinary users of the Internet to Bill Gates and George Bush.

The Dress — the photo of the dress that divided the world in half: someone saw a white and gold colors, and some blue and black. The main topic of conversation at the water cooler in offices and dispute on the Internet, even among celebrities, in 2015. The sites had to take a vote, and users analyzed the photo in photoshop, trying to figure out the real color of the dress.

Pepe the Frog, that familiar to Internet users since the mid-zero, found a second life when it became a symbol of far-right groups and anti-defamation League. The US has registered it as a symbol of hate. Also, Pepe was offered as an option to replace the New Zealand flag, in his honor created a joke religion Kek, the Internet was flooded by his image, and in 2019 it became a symbol of resistance against Hong Kong of China.

Distracted Boyfriend — a stock photo with a guy looking at another girl, has received hundreds of thousands of likes, reposts and retweets, has become so popular that its name up until now.

Is this a pigeon? Frame from the anime Brave Fighter of Sun Fighbird, in which the alien is a humanoid confuses a butterfly with a pigeon, has become one of the most popular memes 2018, after the Netflix account on Twitter posted a version of this meme about the actors in the series about a high school. Users immediately began to attribute to him the signature, wishful thinking, and created a huge amount of content.

Is this a pigeon? mems

Woman Yelling at a cat: two separate images — a screenshot from the reality show The Real Housewives of Beverly Hills and a disgruntled cat in the restaurant — were merged into one on Twitter and got retweeted more than 780000, which led to creating the best meme of 2019. It got hundreds of variations, video remixes, comics and became part of other mems.

Woman Yelling at a Cat mems