Vaping: The Good, the Bad, and the Ugly 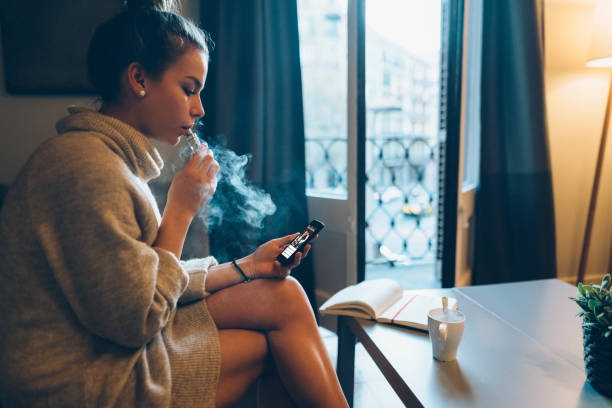 Vaping has become increasingly popular over the past decade. It's marketed as an alternative to smoking traditional cigarettes and can even help people quit smoking. But what are the pros and cons of vaping? In this blog post, we'll be looking at the good, the bad, and the ugly of vaping so that you can make an informed decision on whether it's right for you. Read on to find out more!

Vaping is a relatively new phenomenon that has grown in popularity over the past few years. In simple terms, vaping involves inhaling vaporized liquid through an electronic device. This vapor typically contains nicotine and/or other chemicals, such as propylene glycol, glycerin, and flavorings. Although the act of vaping has been around for some time, it has only recently become popular in the mainstream. Vaping is widely seen as a healthier alternative to smoking traditional cigarettes, as the vapor does not contain the same toxins and carcinogens found in cigarette smoke. The effects of vaping are still being studied, and there is some debate about its safety. Some studies have linked long-term vaping to respiratory issues and other health problems, while others have concluded that it is less harmful than smoking. Ultimately, more research is needed to understand the potential health risks associated with vaping. Overall, it is important to understand that vaping is not risk-free and that you should always be aware of any potential health risks before you start vaping.

Vaping has become increasingly popular over the past few years, and it’s not hard to see why. People enjoy vaping for a variety of reasons, including the fact that it’s less harmful than smoking cigarettes, the fact that it’s more cost-effective than smoking, and the fact that it comes in a variety of delicious flavors. For those who are just starting out with vaping, there are many benefits to it. It’s much less damaging to your health than cigarettes, as it contains fewer toxic chemicals and carcinogens. Additionally, it’s often much cheaper than cigarettes, with starter kits and e-juices costing much less than the average pack of cigarettes. Finally, many people find vaping to be enjoyable due to the variety of flavors available. From fruits to desserts and everything in between, there’s something for everyone when it comes to vaping.

Way to get your nicotine fix without having to deal with the risks associated with traditional cigarettes. It’s much less damaging to your health, often more cost-effective, and available in a variety of tasty flavors. For those just getting started with vape, there are many great benefits that come along with it.

Vaping has become increasingly popular in recent years, but its use has also come with certain health risks. It's important to understand these risks before using any vaping device. When it comes to vaping, the bad involves the chemicals found in e-cigarettes and other vaping devices. Many of these products contain nicotine, a highly addictive drug that can have serious health effects. Nicotine is known to raise blood pressure, reduce oxygen flow to the brain, and can cause damage to the lungs, liver, and reproductive system. In addition, many e-cigarettes contain flavorings, such as diacetyl, which have been linked to lung disease. Another concern is the presence of ultrafine particles from aerosolized liquids in vape smoke, which have been linked to an increased risk of stroke, heart attack, and other cardiovascular issues. The nicotine in vape smoke can also make the heart beat faster and harder, which can put strain on the body and increase the risk of heart-related issues. Finally, there is evidence that secondhand vapor can be dangerous, even if it doesn't contain nicotine. These particles can settle into surfaces and be breathed in, causing respiratory issues. While the extent of this risk is not fully understood yet, it’s still important to be aware of the potential harm vaping can cause to those around you.

Vaping has many benefits,

But understanding the potential health risks associated with it is essential. If you choose to vape, take the necessary precautions to ensure your own safety and that of those around you.

The ugly: cases of people getting sick from vaping

Vaping has recently come under fire for a number of cases in which people have become seriously ill due to vaping. In 2019, it was reported that there were over 2,500 cases of lung illness related to vaping. The Centers for Disease Control and Prevention (CDC) has identified vitamin E acetate as the likely cause of these cases. Vitamin E acetate is an additive found in many vape products, particularly black-market vape cartridges. It has been linked to a number of cases of severe lung damage, including a few deaths. While not all cases of vaping-related illness have been linked to vitamin E acetate, it is clear that there are significant risks associated with vaping. The best way to avoid getting sick from vaping is to avoid using products with unknown or potentially hazardous ingredients. Stick to products that you know and trust, and stay away from unregulated, black-markets products. As always, it's important to do your own research before making decisions about what to vape.

Hire an SEO Expert in Lahore!

Is Vaping Bad for You?

Dental Cantilever Bridges: The Good, The Bad, And The Ugly

Questions about the Tugboat disposable vape and vaping