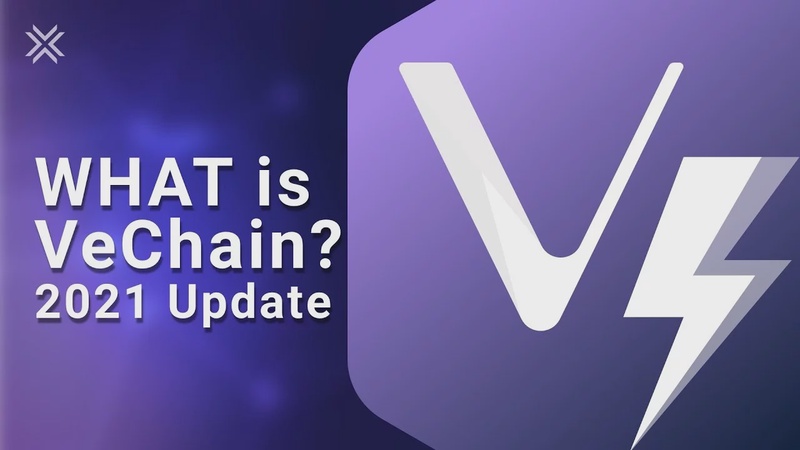 VeChain is one of the oldest and most established  blockchain projects out there, with its VET token   currently ranked near the Top 30 by market  cap.

What is VeChain? VeChain is an enterprise-focused  public blockchain solution with extremely   high-profile partnerships under its belt.  Because of its enterprise focus, VeChain is   not as decentralized as other blockchain projects.  But that is exactly what makes it attractive to   enterprises, who might prefer a centralized  authority that they can hold accountable.

As a trade off to decentralization, VeChain  offers other benefits like central governance,   low transaction fees and regulatory  compliance. From industries like fashion   and agriculture to food supply. And for use  cases like traceability, anti-counterfeit,   food safety and product life-cycle management,  VeChain is working with industry heavyweights   from China, Singapore, Australia and Cyprus  to advance blockchain enterprise adoption.

So, VeChain and VeThor, VET and VTHO.  What’s the difference? Let’s dig in.

Unlike Proof of Work or Proof of Stake, VeChain  uses a Proof of Authority or PoA consensus   mechanism. How this works is that a total of.  Authority Nodes must hold at least 25 million VET.   Although Authority Nodes are known to each other,  the identities of these Authority Nodes remain   hidden to the general public, which have led  some critics to point out the possible risk of   collusion and centralization.

If you are big on VeChain, you can  also become an Economic Node and help   stabilize the network by holding a minimum of 1  million VET and earn some additional perks such   as a higher VTHO generation rate. We’ll explain  more about VET’s unique dual-token system later.

As we speak, VeChain is working on its new PoA  2.0 SURFACE consensus algorithm with several   innovations to allow even faster transaction  confirmations for its enterprise users.

Having been in the space for a while, VeChain is  certainly not short on big-name partners such as   Deloitte, Walmart China and Shanghai  Gas, along with smaller but promising   projects in its ecosystems like  Fresh Supply Co and Real Items.

VeChain’s most prominent partner to date  is the germany risk management company,   DNV GL. It co-developed the blockchain-powered  digital assurance solution called “My Story”   with VeChain. My Story is now  used by Italian wine producers,   among others, to trace and track  the provenance of their wines.

Another big project in the VeChain universe  is the community project and multiplayer game,   VulcanVerse, built on the VeChain Thor blockchain.   The game with its own virtual world  is scheduled to launch in Q1 2021.

What about the VET and VeThor tokens? VeChain  is one of the unique blockchain projects that   features a dual-token system with VET being  the main token used as a store of value,   and VTHO as the “gas” used to pay for  transactions on the Vechain THOR blockchain. This dual-token system gives users and  enterprises flexibility to hold VET   and generate VTHO or to buy VTHO from the open  market without holding any VET. Anyone who holds   VET automatically generates VTHO tokens at the  rate of 0.000432 VTHO per day, per VET. Just by   holding VET in your Exodus wallet allows you to  automatically earn VTHO, even while you sleep.

What VET and VTHO holders are watching out  for, are the daily number of transactions on   VeChain’s mainnet. The higher and more complex  the transactions, the greater the VTHO burn.   Eventually, if VeChain’s mainnet begins to  process multiple millions of transactions a day,   the dual tokenomics will kick in and cause  both the demand and price of VTHO and VET   to increase. Currently, the mainnet is burning  an average of 7 million VTHO a day, with the   biggest smart contracts attributed to Walmart  China, VulcanVerse, DNVGL and Shanghai Gas. Blockchain technology is still in its  early stages, but VeChain’s roadmap is in   full play with 2021 set to be a big year for the  company with greater global enterprise adoption. Does V in VeChain stand for Victory?  What are your thoughts on VeChain for   2021? Let us know your predictions in the  comments below.

What is Polkadot? Polkadot Explained