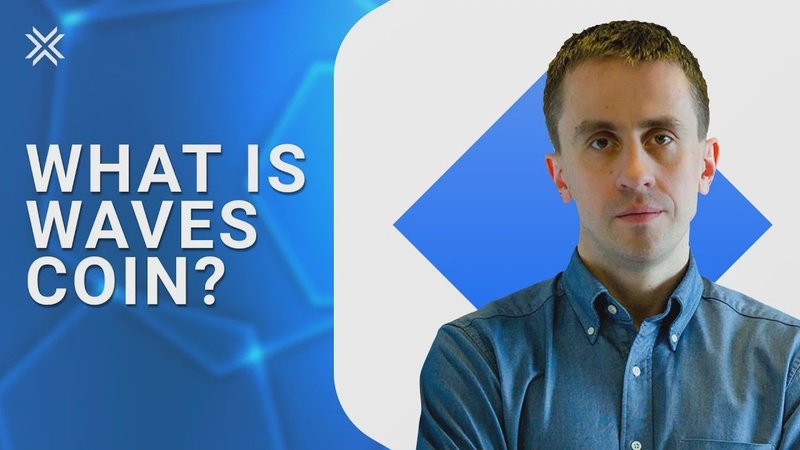 Those of you that have been around  the crypto space for a while will   probably have heard of Waves.  Somewhat of an O.G. blockchain,   it was launched in 2016 in one of the crypto  industries first ‘Initial Coin Offerings’.

Like many new platforms at the time, Waves set  out to be faster and more user-friendly than   other smart contract and DApp platforms. A key  innovation that attracted investors is the ability   to easily create your own blockchain token on the  Waves network, without the need for programming   skills or a huge stack of money. With their own  coin, an individual user or a small business owner   could create a reward token to give to loyal  customers, a fun way to invite friends to a party,   and many other potential uses, all for  the price of one single Waves token.

Another key idea that attracted investors to  Waves was the fact that the team was one of   the proponents of the decentralized exchange,  which is now known as the Waves. Exchange. The   Waves token is also used to pay for transaction  fees and can be staked to earn a passive income. Other products available on  the Waves ecosystem include:  Swop.fi, an automated market  maker that ensures there are   enough assets out there to complete the exchange.

Gravity, a data protocol that connects  blockchain applications with information   from the outside world, and seeks to  be a one-stop-shop for communication   and asset exchange across all blockchains; And finally Neutrino, a platform where you  can create your own stable coins, to sidestep   all of that messy crypto price volatility. This  platform is home to Waves’ very own stable coin,   USDN, which is ‘pegged’ to the US dollar.

The main goal here is to create a decentralized  foreign exchange, or DeFo, for short. In a Medium article, the founder of Waves,  Sasha Ivanov laid out his vision that the   next step for the blockchain industry  is not just ‘banking for crypto’,   but to have the entire suite of traditional  banking products. Like forex and options,   running on smart contracts - decentralized,  transparent, and accessible to everybody. And considering that securities, like  Tesla stock, can also be added to the mix,   the idea of ‘Inter-chain DeFo’  is an exciting one indeed. Waves Exchange, despite being one of  the first DEX solutions in the space,   is still only seeing around 6 million dollars of  trading volume per day.

Although this may sound   like a lot, most established exchanges are trading  well into the billions in every 24 hour period. If the exchange volumes are low, it suggests  that Waves’ custom token creation is low,   along with the use of the platform’s  native stable coin, despite its growth. It remains to be seen however if the developers  at Waves can make this innovation count,   and bring in the one thing that really  matters - crypto users like me and you.

Will waves create a tsunami of new dapps? Let us know your thoughts in the  comments.