What Is a Gallium nitride (GaN) Charger? 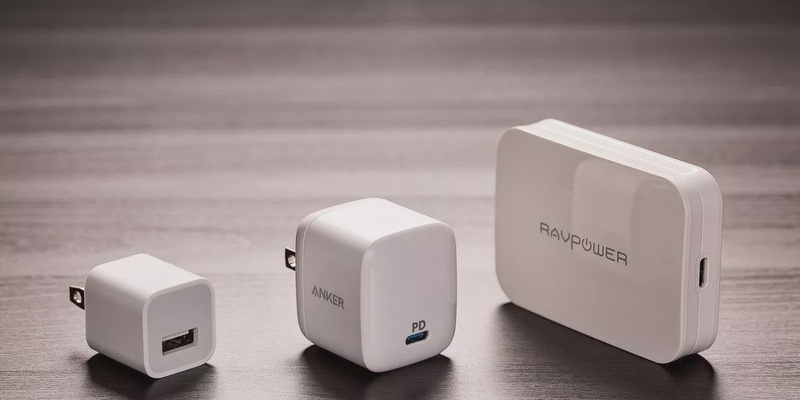 Chances are, you don't think a whole lot about the charger you use to power up your phone, your laptop, or electric toothbrush. You plug it in, it clobbers your gadget with electronics, and a little while later, you got a full charge. Simple, right?

Well, it turns out that the electronics industry is very interested in making a fundamental change to charging technology. To be specific, they're looking at moving away from conventional silicon, and switching to a new material called gallium nitride. But why would they stop using something so tried and true? To answer, we reached out to our friends at Anker, and we'd like to thank them for their insight.

So, like other electronics, chargers contain semiconductors, like silicon, that control current flow. And a semiconductor is a material that allows some electricity to flow, but not tons of it, hence the name.

However, not all semiconductors are the same, and one of the main ways that they differ from each other is in something called a band gap.

Because gallium nitride chargers can use high voltages, they can conduct electrons about 1,000 times more efficiently than silicon chargers can. This efficiency gives them a few distinct advantages that are relevant to you and me.

However, because gallium nitride is so much more efficient, manufacturers won't need as much of it to construct a charger, which will drive costs down to the point that they might be less expensive on average than today's silicon chargers. And it's not like gallium nitride is a completely unknown material that we can't manufacture in large quantities. Indeed, it actually started being used in a large scale in LED lights, way back in the 1990s.

Some current chargers can push as much as 100 watts. So they might be worth it if you often need high capacity charging, but find yourself fighting space limits, like if you're that guy hogging every outlet inside the airport terminal.