What is Blockchain Technology? How does it work?

After all, (What is Blockchain Technology). Recently, Bitcoin has been in the headlines for a long time. There has been a lot of hope among people about bitcoin because the price of bitcoin is increasing day by day.

But do you want to know what is the technology behind Bitcoin? If yes then you will definitely like what this Post Blockchain technology is. Because Bitcoin is related to Blockchain, so you have to know about Blockchain, and how it works.

Now the question arises do you know what is Blockchain Technology? Why is it important to know about it?

Blockchain technology is about to transform our IT industry the way open-source software did a decade ago. And just as Linux has been the core of modern application development for almost a decade, Blockchain is also going to be a great way to share information in the coming times, which will be low cost and very easy to implement. Can be done between open and private networks.

The pace of adoption of Blockchain is indeed very slow, but technology experts believe that this speed is going to increase gradually in the coming time, which is good news for us. In the future, this technology is going to change the whole world.

So today I thought that why not provide complete information about this new Blockchain technology to you people so that you will be able to understand it easily. Then without delay, let’s start and understand what is Blockchain?

What is blockchain technology?

Blockchain is a digital ledger. But do you know what a ledger is? Ledger is a book that maintains such accounts where debits and credit transactions are posted from the book where the original entry is. Or rather say that the entries from the original book are updated in this ledger.

We can say that a blockchain is a digitized, decentralized, public ledger.

Let’s say you have a file of transactions (a “node”) on your computer (a “ledger”). Two government accountants (which we call “miners”) also have the same file in their system (hence they are “distributed”). As soon as you make a transaction, your computer e-mails both of those accountants to inform them.

Every accountant wants to check as soon as possible whether you can afford it or not (and in return, they can get their salary which is “Bitcoins” or not).

Whichever of these two checks first and finally validates it and presses “REPLY ALL”, while with this he also attaches his logic to verify that transaction and it is called “Proof of Work”. is called.

If in the meantime, that second accountant also agrees, then everyone updates their files of transactions….. This whole process or concept is called “Blockchain” technology.

Blockchain technology was invented by Satoshi Nakamoto in 2008 so that he could do it in the cryptocurrency bitcoin, according to his public transaction ledger.

The main objective of Satoshi Nakamoto behind doing all this was that he wanted to create a decentralized Bitcoin ledger — the blockchain — that gives people the ability to control their money so that no third party, or anyone The government, too, could not access or monitor this money.

Satoshi, the creator of Bitcoin, suddenly disappeared in 2011, leaving behind this open-source software that Bitcoin users can use and update and improve.

Many believe that this is not a person named Satoshi Nakamoto, it is just a fictional character. By the way, the correct information is not available to anyone about its veracity.

The invention of the blockchain for bitcoin is the first digital currency that can solve the double spending problem without the help of any trusted central authority or central server. That’s why this Blockchain Technology has also been the inspiration for many other applications.

Why should we know about Blockchain?

There are three main reasons why we should know about Blockchain:

1. There is no need for Blockchain technology to existing publicly. It can also exist privately — where nodes will simply point into a single private network and the Blockchain will act as a distributed ledger.

2. Blockchain technology has more reach than finance. It can be applied in any multi-step transaction where traceability and visibility are required. A supply chain is a notable case where Blockchain can be used to manage leverage and audit signed contracts and product provenance.

Along with this, it can also be used in voting platforms, for titles and deed management. As the digital and physical worlds are converging, the practical applications of Blockchain are also increasing slowly.

3. The exponential and disruptive growth of Blockchain can only come when public and private Blockchains converge together in an ecosystem where firms, customers, and suppliers can collaborate in a secure, auditable, and virtual way.

How Secure is Blockchain?

In this way, nothing on the internet is secure. On the other hand, if we talk about Blockchain technology, then it is “unhackable” to a great extent in comparison to the rest of the technology. To do any transaction in Blockchain, all the nodes of the entire network will have to agree, only then that transaction will be valid. Here no single entity can say whether the transaction has taken place or not.

To hack it, you will not have to hack only one system like a bank, but all the systems located in the whole network will have to be hacked, so hacking is not such an easy thing in this technology.

The computing resources of almost all blockchains are tremendous because there is not a single computer here, but there are many computers connected to the network.

An email was for the Internet like Bitcoin was for Blockchain.

In the 1990s, when internet technology (TCP/IP or HTTP) was in its native stages, email was a very large and first major application then. But later new applications like web browsers came. Websites then became very popular.

People then used a lot of chat software such as Skype. If we consider now, then you can see many different applications running on your mobile, which use the Internet.

Both use many computers (nodes).

Let us know something new about the Internet and Blockchain.

The first generation of the Digital Revolution brought us the Internet of Information. Whereas the second generation — which is powered by blockchain technology — presented us with the Internet of Value: a new platform that will reshape the world of business and make the old order of human affairs even better.

Blockchain is such a vast, global distributed ledger and database which is running continuously on millions of devices and it is open to anyone, here not only information but anything which has some value like money, titles, deeds, identities, even votes — these can be moved, stored and managed securely and privately.

The main technology behind Blockchain is mainly the three technologies given below.

Why do we need blockchain technology?

Blockchain is such a mechanism that helps all of us to reach the highest degree of accountability. Now there will be no more missed transactions, human and machine errors will be reduced, and the consent of any third party or government is not necessary behind all the transactions, but only the trust or secure validation of all the connected nodes matters.

The most critical area where Blockchain helps us and it guarantees the validity of a transaction by recording them, it is not being done in just one main register but in the registers of all the distributed systems connected in the network, in all these registers. Transaction will be called valid only after there is secure validation.

Blockchain technology will have applications in the following areas in the future:

1. Smart contracts — Any industry, if it heavily depends on contracts, such as insurance, financial institutions, real estate, construction, entertainment, and law, all those industries will be benefitted from this technology.

Because with the help of this technology all your contracts can be updated, managed, tracked, and secured without any dispute. Smart contracts, are those that are embedded with if/then statements and do not require the involvement of an intermediary party to execute.

2. Supply chain management — ​​Blockchain is a great option to manage all these processes whenever the value changes or the status of an asset changes.

3. Asset protection — Whether you are a musician who wants to get the royalties of your songs properly or you are a property owner, if you want to protect your assets then blockchain technology can help you a lot in real-time By creating an indisputable record of ownership.

4. Personal Identification — Governments often manage a lot of data such as personal data from birth to death records, marriage certificates, passports and census data, etc. Blockchain technology can easily manage all these data according to the streamlined solution and can store them securely.

6. Crowdfunding — Compared to traditional crowdfunding, a blockchain-powered crowdfunding campaign has a more secure investment from an interested community for a new project. But in such an instance, the funding will be mainly in the form of bitcoin or other cryptocurrencies.

Now you must have understood the basic concept of this technology, so let us now know where they are used in real-life applications.

1. Follow My Vote:- It wants to change the way we vote and become the first open-source online voting solution in the world.

2. Arcade City:- This is a true decentralized ridesharing service that is also known as ‘Uber killer’.

3. ShoCard: — It stores your identity in Bitcoin’s blockchain so that you can be easily verified.

5. Bitnation:- This is a “Governance 2.0” initiative that seeks to establish DoItYourself governance by working with a collaborative platform.

6. ChainLink:- It uses blockchain technology to verify and validate the authenticity and title of real-world items.

What are Public and Private Blockchains and what is the difference between them?

Although there are many varieties of Blockchain, all of them mainly fall into two categories — public or private. Public blockchains allow anyone to view and send transactions as long as they are part of this consensus process.

These are also consortium blockchains, where only certain pre-selected numbers of nodes are authorized to use the ledger. For example, a group of banks and their clearinghouses use blockchain to be a part of trade-clearing, where each node is associated with some step in the verification process.

In private blockchains, in contrast, a distributed ledger puts restrictions in writing on any group of employees who work in that organization. Along with this, there are other restrictions in it.

In addition, the blockchain — due to its self-policing security — eliminates a large amount of existing record keeping, which becomes very confusing when multiple parties are involved in the same transaction.

Blockchain Technology — Its Opportunities and Advantages 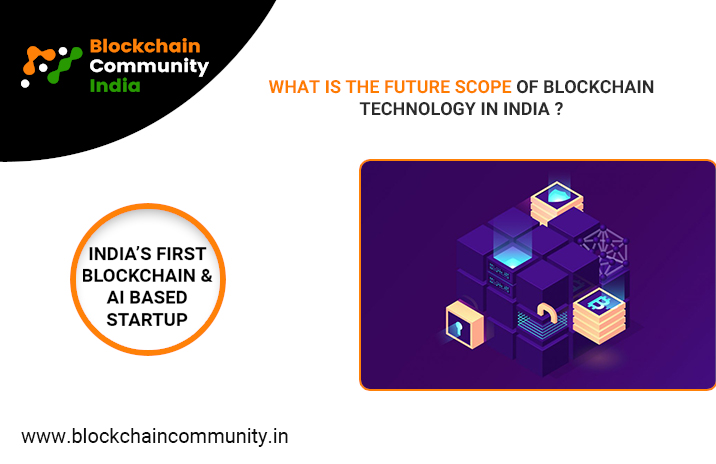 Which is the main reason some organizations are against it because how blockchain organizes information and maintains our records-keeping infrastructure goes to the heart of these things.

It is clear from this that people will not accept Blockchain technology so easily and it is not going to come overnight because it challenges traditional technology at every step.

We had seen a similar case in TCP / IP, which was initially criticized a lot but later it took about 30 years to implement it, but finally, everyone understood its importance. In the same way, the world is still taking time to understand Blockchain, but in a few years, it will be adopted.

I am a professional writer and blogger. I’m researching and writing about innovation, Health, technology, business, and the latest digital marketing trends.

A look into the future of blockchain technology