What is Metal Forming? 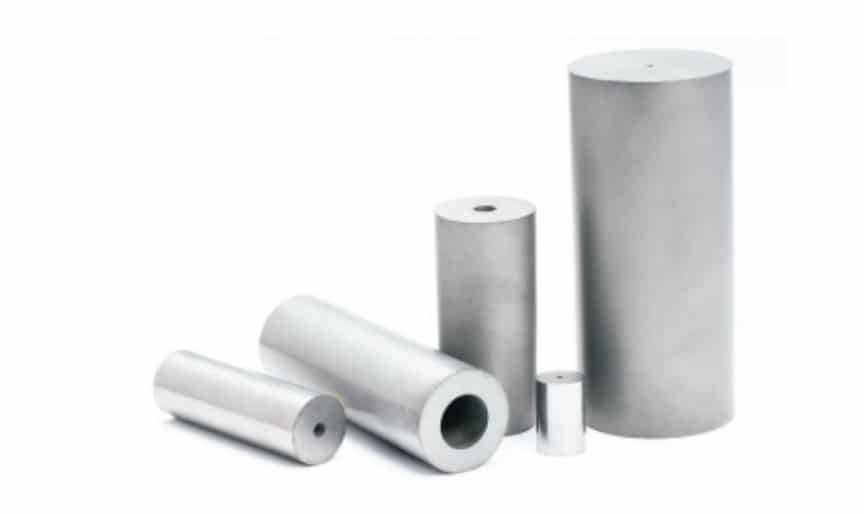 Sheet metal forming may include spinning or milling. The former is commonly performed on a CNC machine, while the latter is performed on a manual lathe. It requires a blank, mandrel, and roller tool. The blank is a disc-shaped sheet metal. The mandrel is the solid internal shape of the part, which is used for complex shapes. Mandrels can be metal, or they can be multi-piece if the part requires complex features. In the case of multi-piece parts, the mandrel does not experience much wear, and can be used in high-volume production.

Sheet metal is available in a variety of shapes, and it can vary in thickness from seven to twenty gauges. It is used in everything from building roofs to airplane bodies, as well as machinery and other equipment. The technique of sheet metal forming is important for manufacturers because it helps them meet tight tolerances.

Another common sheet metal forming process is bending. This is a common technique used in the automotive industry, and it uses a hydraulic press. A hydraulic cylinder forces metal against a die, bending the sheet metal in an exact manner. The sheet metal will not be damaged, as it will not be heated during forming.

Sheet metal bending is one of the most common sheet metal forming operations. It creates a part with an oblong shape. Moreover, it provides stiffness to the part. It also removes sharp edges.

Extrusion in metal forming is a process in which metal is pushed through an orifice. It is similar to the way children push play-doh through a pumper. This technique is typically used to make aluminum bars, tubes, and profiles. It is also used in stamping, though less often.

Extrusion produces continuous radial stretch flanges by forcing a cylindrical billet through a die with the desired cross-sectional profile. This process is best suited for materials with a high stretch capability. This allows the metal to be molded into the desired shape. In addition, extrusion also produces precision measurements and eliminates the need for welding, which requires more manual labor and skills.

Extrusion is a process that offers an unparalleled degree of flexibility and can produce high-quality parts with high production volumes. The process also yields lower tooling costs than other processes.

Cold heading is a manufacturing process that uses high-speed part formers to shape wire into intricate parts. The process involves putting a defined length of wire into a cold heading die that extrudes the wire into the desired shape.The dies are heavier than punches and must be designed to withstand high loads. Cold headers typically use a radial extrusion die to increase the flow pattern of wire through the die. These dies generally require wire that is at least two times larger than the finished shank diameter. The wire is then extruded through the die until it reaches the diameter of the shank, which is upset to the dimensions of the head.

In a deep drawing operation, the material flow of sheet metal is dependent on the shape and material properties of the blank. This manufacturing process results in an uneven thickness of the part wall. This is a result of tensile forces acting on the part wall. The area where the tearing occurs is known as the drawing gap.

The process can produce various shapes. A beverage can is an example, but it can also be used to create rocket tank domes or car engine oil pens. The shapes can also be complex. Using Computer Aided Design (CAD), the designer can create parts that were not previously possible. The computer program can even predict the optimal shape for the blank.

The benefits of deep drawing are numerous, and its application in different industries is diverse. Its most common use is in small component parts and assembly housings. However, the process is suitable for products of any shape. Stainless steel, for example, is very versatile and can withstand high and low temperatures. In addition, it is easy to manufacture and does not rust.

In this process, a metal blank is cut out of a larger sheet. It is then pushed into a cavity containing a die. This tool then begins the deep drawing process, drawing the sheet metal into the desired shape. The process is carried out gradually, so the sheet metal is not over or under-formed. This helps ensure the integrity of the deep drawn component.

Wrinkling is a common phenomenon in deforming processes. It occurs in various regions of the sheet. It is most common in the side-wall and flange areas. It can also occur in the feeding direction of a flat strip under extrusion. In a rotary draw bending process, wrinkling can also occur.

Roll forming is the continuous bending of long strips of sheet metal. It is a common method used to create parts for the aerospace and automotive industries by using tools called carbide rolls. Roll forming is also called roll-forming. This type of metal-forming has several advantages over other metal-forming methods. The continuous bending allows for greater flexibility and reduces the chance of material deformation during production. Typically, it is used for curved parts that need to withstand significant forces.

The first consideration in designing a roll-formed part is its shape. This feature can be defined by a two-dimensional profile or line of uniform thickness. Industrial designers may start by making rough calculations of thickness and material type, which will help them visualize their concepts. The next step is to avoid creating parts that are too deep or narrow. For this reason, a cross-section of the part can be used as a baseline.

Another benefit of roll forming is that it produces massive amounts of finished material at a fast pace. The setup time for each part is relatively high, but the production rate can be as high as 200 feet per minute. This means that roll forming is an excellent option for large quantities of material, where human interaction is minimal.

Roll forming is useful for a variety of applications. Many automotive parts are made with this method, including trims, structural framing members, and other components. The process can be adapted to create the shape of the part that best suits the application.

Metal shearing is an essential process in the metal fabrication industry. This process removes excess material from sheet metal quickly and accurately, without the risk of burning or deforming the work piece. Woodward Fab offers high-quality sheet metal shearing equipment and tools that meet the demands of this industry.

A metal shear consists of two blades that cut the workpiece into smaller sections. The top blade is typically mounted at an angle to the bottom blade. This angle, called a "Rake Angle," allows the blade to touch only a small portion of the workpiece at a time. This allows the machine to separate a sheet of metal up to 10 feet wide.

Metal shearing is an excellent choice for high-volume metal forming operations. It produces minimum kerf and waste, and is cost-effective. However, it is not ideal for thin sections of material, such as tubing. Furthermore, blades can be mounted at an angle to minimize the overall shearing force.

Shearing is a common metal forming process. The process is simple and fast, with the metal being secured between two blades. The top blade then lowers to slice through the sheet metal, while the bottom blade presses the sheet metal into the lower blade. This process is performed repeatedly until a desired thickness is achieved.

Another metal forming process, blanking, uses three forces to cut out a part from a sheet of metal. The result is a part with a smoother edge, minimal burrs, and tight tolerances. It is also ideal for high-volume production.

Makhana SEO writes SEO articles for businesses that want to see their Google search rankings. I have been working with writing challenged clients for over six years. My articles focus on balancing informative with SEO needs. Grow your business with Makhana SEO’s SEO articles.

How Nickel 200 Bolts are Production?

What is metal fabrication?

What is the effect of tungsten carbide sealing ring?

What is cold laminating film?

What are the main advantages of the Tungsten Carbide Wear Ring?