Where Did SOUND CARDS Go? 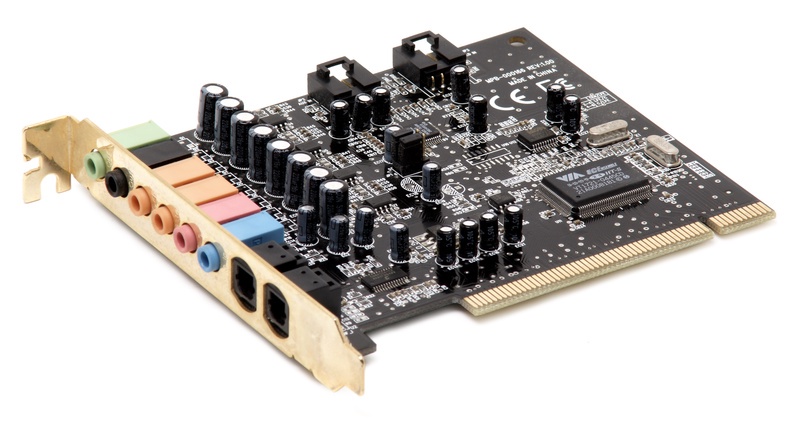 It wasn't too long ago that if you wanted good or even passable sound from your computer you need a dedicated sound card. But nowadays, even though you can still buy them, most PC enthusiasts recommend you skip the sound card entirely and just instead use the audio that's integrated into your motherboard. So how did this happen?

To understand this we need to take a look back at why dedicated sound cards even existed in the first place. You know that little PC speaker that comes with some other boards that beeps at you and let you know that your computer booted ok, or has some kind of issue?

Well, way back during the 1980s when the original IBM PC and compatibles ruled the day a larger version of that little speaker was the only source of sound for many users. This means that you would be limited to just beeps and boop's. Though there were some tricks that programmers used to get the PC speaker to make other sounds.  As you can tell the speaker didn't exactly sound all that great and early PC CPUs also had to more or less drop everything else they were doing while that speaker was trying to chirp at you. So, obviously a better solution was needed.

So the idea was to offload audio processing to a separate sound card so that the system wouldn't have to depend solely on the main CPU and as the years went by sound cards supported more and more features and better and better audio quality. Partly due to their role as hardware accelerators, meaning that the extra Hardware on the sound card could do the heavy lifting of processing all that audio instead of leaving it all to the CPU. Similar actually to the difference between having a discrete graphics card and onboard graphics, except without a dedicated area on the CPU for audio

And while it is true that integrated audio for motherboards became more prevalent in the late 1990s, thanks to intel's AC 97 audio codec that got incorporated into onboard chips, sound cards were still more powerful solutions that delivered noticeably better quality. So folks that care about audio didn't have much reason to ditch sound cards, just yet.

That said sound cards weren't perfect. Because hardware acceleration for audio was implemented differently by different manufacturers you needed a specific driver for your car to work properly. Kind of like how you need a specific AMD or NVIDIA driver these days for your graphics card to function, and these drivers were often notoriously poorly written and unstable. So starting in Windows Vista, Microsoft tried to standardize how audio was handled which also enabled features like per application volume control from the operating system itself, and did it by forcing the system to handle audio in software instead of through a hardware accelerated card. This meant that the CPU was suddenly handling a lot more audio processing and in games and other applications that were built around hardware acceleration in the form of a sound card many users experienced buggy audio and performance issues early on.

However, the good news is that by this point CPUs were already powerful enough to handle audio processing without a big performance hit a far cry from the early PC as we mentioned previously. So as applications started to catch up and support software based standards like Microsoft universal audio architecture it became the case that all you needed for good quality sound was a modern CPU and an audio device that supported you AAA, such as those Realtek HD audio chips that are now ubiquitous on all um other boards.

These chips are much simpler than full-blown sound cards as much of the work that would be done by a sound cards processor can be handled by the main CPU of the system, leaving the Realtek chip to handle simpler tasks like digital to analog conversion.

As quality has improved on the Realtek chips themselves and motherboard manufacturers have taken care in designing their audio circuits, so that they won't be as affected by electrical interference from the rest of the system. Today we're at the point where onboard audio is actually quite good.

Separate sound cards while they can still give slightly better audio quality are often only recommended for enthusiasts, who need the extra processing muscle for a niche applications or for specific ports. But even users who need a bit more power for their high impedance headphones are often advised to get an external DAC/AMP instead of a sound card. As external solutions are often isolated completely from the electrically noisy environment inside PC.

But if you do end up meeting a sound card for some reason, don't think that their development has been totally neglected. I mean, after all you can get them with RGB lights :).