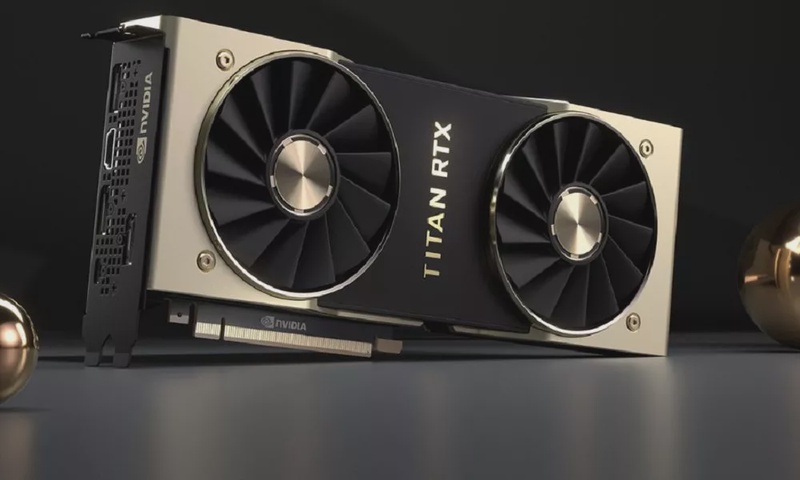 When you hear, "Titan," you might think ancient Greek god, Saturn's largest moon, or a football team from Nashville, but in the tech world, it brings to mind the Nvidia Titan lineup, which has represented Team Green's most expensive GPUs since 2013. And today we're going to take a little trip down memory lane, as we look at the history of the Titan and why exactly it's a separate lineup of cards in the first place.

You see, unlike the numbered G-Force cards that most gamers gravitate toward, the Titan series is aimed at users who need GPU compute, that is, using the GPU for applications other than gaming. GPUs are fundamentally different than regular CPUs, in that they're designed to perform well with parallel workloads, tasks that can be readily split up and worked on by different parts of the processor simultaneously.

Good examples of these workloads are artificial intelligence, machine learning, editing video, professional rendering, large scale data analysis, and scientific research. In fact, if you look at the product page for the latest RTX Titan, you don't see Nvidia even say a word about the card's gaming performance.

Don't get me wrong though; Titan cards are still excellent gaming cards, and when the original GTX Titan came out in 2013, reviewers were gushing over how it was the best single GPU solution out there for gamers, with the Titan often beating out the, then, top-end GTX 680 by around 50% in terms of frame rate, thanks to having over a thousand more stream processors, even though its clock speed was a little lower.

2014 saw us get the Titan Black and Titan Z. Although they were based around the same GK 110 processor as the original Titan, the Black edition had higher clocks, while the Z was an incredibly expensive dual GPU card that came in at around a whopping $3,000.

Although it was insanely powerful, a pair of GTX 780 TIs, featuring the same GPU, could be had for less than half the cost. And remember, this was back when dual graphics cards setups had a lot more appeal than they do today. Adding to the confusion was that gaming was still a big part of how Nvidia was marketing the card, even though the 780 TIs NSLI was a cheaper solution.

The next iteration of the Titan was 2015's Titan X, which was the first Titan not to be based on the Kepler architecture, which was confusingly followed up the next year by a card with the same name with a Pascal GPU instead, which Nvidia pushed as being a VR solution, as virtual reality headsets need to push high frame rates and resolutions to avoid breaking immersion as well as causing motion sickness.

2017 brought the Volta-based Titan V and the Titan XP, which was a slightly more powerful version of the Pascal Titan X. But by this point Nvidia was really getting away from its messaging that built Titan as a good card for PC gamers flush with cash. And as we mentioned earlier, the RTX Titan from 2018 was barely marketed to gamers at all. And it makes sense, since gamers have shied away from the Titan due to its being bad value for the money, but why is it so expensive?

One reason is that Titan cards offer more VRAM than GPUs further down the stack. Sometimes a lot more. For example, the RTX Titan comes with a whopping 24 gigabytes of GDDR-6, more than twice as much as the 1080 TI. And unlike with your main system memory. You can't just add more RAM to a graphics card. And for those working with large data sets for research or for machine learning, having enough VRAM to store all that data the GPU is working on can make a big difference.

There's also the fact that SLI setups have been plagued with problems for years, and folks who can afford two high-end GPUs might be interested in a pricey single GPU solution in order to get bleeding edge performance without dealing with shaky driver or application support. And of course, because the Titan is positioned in the market as a compute card, lots of Titan customers are businesses and other organizations that won't balk at the high price tag. For example, a research university probably wouldn't think twice about spending an extra thousand bucks on a graphics card the same way a home user that's been scrimping and saving would.

The good news, of course, is that, if you're just chasing high frame rates in your favorite games, you're not missing much by skipping the Titan, except knowing that you have more expensive toys than your neighbor.