Why use React native for your Business in 2021?

As React Native is widely adopted by developers, it has become the talk of the town due to its ability to build complex and larger apps seamlessly. You can develop a cross-platform app with React Native that allows you to reuse code and render it on both iOS and Android without sacrificing its UX. React Native offers great features such as Cost-effective, lightweight yet fast, and users are some of the traits that make it a go-to framework for developers to build reasonable apps across the globe.

Why use React Native for your business in 2021?

Generally, a native code written for iOS doesn’t work on Android and requires different data layers. For this react native is one of the best choices where React Native developers use different strategies to cut short the development process.

Redux is a predictable state container including React Native that allows you to track and modify the app’s state. Hence you can create only one shared Data Layer for both iOS and Android platforms. Hire dedicated react native mobile developers who can ensure the stability and performance of a piece of code without actually writing it for different OS. 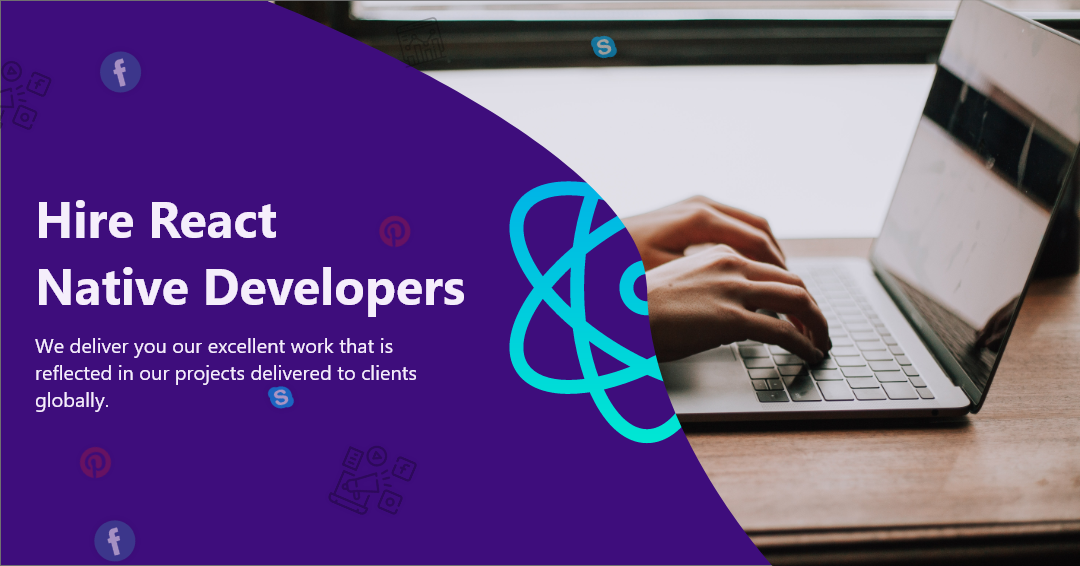 Through React Native you can use the Platform module that detects the platform your app is running and allows you to control its flow as per your project requirement.

When it comes to cross-platform apps, react native is one of the best choices. It provides the best cross-platform development features like platform-specific extensions that allow your team to easily develop mobile apps that work for both iOS & Android.

React Native can create great UI/UX. Every business knows the importance of a good mobile app interface. However, many business owners hesitate that the UI/UX of their app will give a negative impact. But not to worry anymore as React Native provides the best performance while designing an intuitive UI & UX.

The major reason React Native is the talk of the town is that it is able to reuse and recycle components developed before by them and the wide React Native ecosystem.

It’s a one-time learning investment platform, you can build apps for cross-platforms such as Android, Windows, iOS, etc.

With React Native you can arrive on the market much faster to test your MVP, adapt modification as per project requirement without a need for a big investment and get feedback.

React Native never fails to help you with its strong community. Most of the issues may already be fixed somewhere out there. 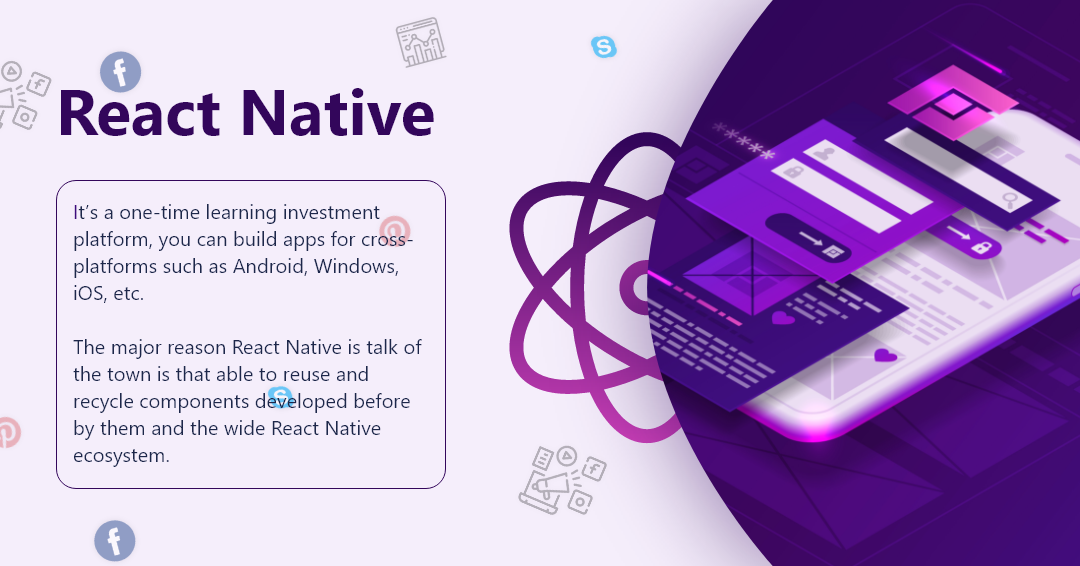 Easy to Work with

React Native is one of the smooth platforms for developers to work with and provides the service of meaningful error messages, time-saving and robust tools make it a premium choice over other platforms.

This is another major benefit, you don’t have to rebuild the apps, again and again, to see changes. It not only saves your time but also makes things quick and efficient. You just have to hit “Command+R” to refresh the application.

Through React Native you can work freely without getting into work in Xcode or Android Studio for iOS or Android apps respectively.

React Native is an open-source library that accelerates your work with native pre-developed components.

Through live reload developers can easily modify files and compile them. Here new files offered to the stimulator will automatically read the file from the beginning.

React Native does not require high memory to process or any specific web view functions. It offers a smoother running and faster loading key features for your mobile app success.

React Native is super flexible and provides consistent web updates for your business.

React Native offers tools for fast development apps with many ready-to-go libraries in the SDK. With the help of Expo, you can easily build a demo mode for a customer without running the app on Google Store. The only thing you require is an Expo App on your mobile device.

Over The Air (OTA) updates

OTA allows pushing quick fixes directly to users without waiting for the App Store or Google play to accept our changes.

The JSI comes Together with a Few improvement

One of the major benefits is the JS bundle is not bound to the JSC anymore, so you are free to use any other JS engine. Whereas JavaScript can hold a reference to C++ Host Objects thanks to using JSI and invoke methods on them. This is because JSI allows for direct control over the native modules.

Finally, I would suggest trying React Native for once, you’ll love every bit of it. At Hire React Native Developers, we deliver you our excellent work that is reflected in our projects delivered to clients globally.