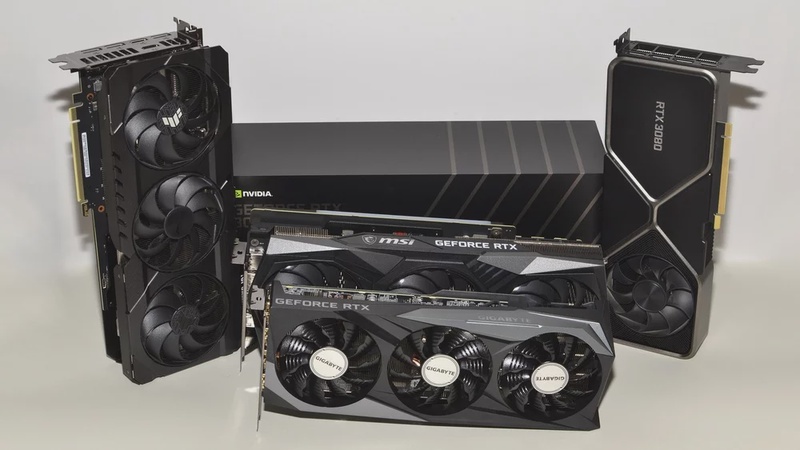 One of my favorite parts of the holiday season is the anticipation for some hot new gadget. But for a lot of folks this year, excitement has quickly turned to frustration as high-profile electronics are harder to find than a copy of Half-Life 3.

The new RTX 3000 GPU series from Nvidia and the competing RX 6000 lineup from AMD are seeing severe stock shortages, as are the newest gen consoles, the Xbox Series X and PlayStation 5. Oh, and as if that weren't enough, AMD's new Zen 3 CPUs are proving to be just as elusive. And frankly, it couldn't come at a worst time, seeing as these products represent significant leaps forward in terms of price to performance. So why can no one seem to get their hands on one?

Let's start with the big annoying elephant in the room: scalper bots snapping up all the available stock. Despite efforts from some of the major online retailers to prevent bots from making purchases, stock drops of high demand products only lasted for a matter of seconds before they sold out. But where are all these bots coming from? The deep web, the future, Dr. Robotnik? One of those. Nope.

It turns out that many of these bots are pre-written and can actually be purchased from certain websites. And though these bots aren't cheap, they're priced reasonably enough that after a piece of gear is flipped at a markup of several hundred dollars or more, the scalper isn't going to care too much about whether they paid for a bot. Throw in the fact that most anti-scalping and anti-price gouging laws are directed at event tickets and essential items, not electronics, and you have a situation where there's not a whole lot you can do other than be patient, wait for supply and demand even out a little bit, and resist the temptation to buy from those nasty scalpers.

But let's dig a little deeper, lest you think we're just lazy going to blame the bots and call it a day. The problems that Intel has had with building their CPUs on ever smaller process nodes might have foreshadowed what we're seeing with the current shortages. Although Intel doesn't make chips for consoles or graphics cards, at least not quite yet anyway, we might be seeing other chipmakers having somewhat similar struggles cranking out more advanced silicon.

You see, all of these platforms, with the exception of the RTX 3000 series, are being built on a seven nanometer process, which is significantly smaller than their predecessors. And even the Ampere cards are based on an eight nanometer process, which is still tiny. The inherent complexity that arises when you try to fit more and more transistors into the same area means that chip yields go down. This means that a smaller process can result in a higher proportion of chips that are defective and have to be discarded as well as higher costs and possibly slower output. It's been well-documented, sometimes even by the chipmakers themselves, that it's harder and costlier to make these more advanced chips.

True, Moore's Law predicted that faster chips would be cheaper, but this was the case only to a point. And although Nvidia claim that they had plenty of supply and the issue was simply that demand was unprecedented, the lack of details surrounding of this year's big ticket electronics might suggest that difficulties in chip manufacturing may be at least partly to blame. And of course we'd be remiss if we didn't mention the pandemic.

With much of the world subject to varying degrees of restriction on traveling or going to public places, people have been turning to gaming as a way to pass the time instead. Gamers rise up. In the U.S. for example, gaming industry sales were up more than a third over the previous year as of September 2020, and even before all these new gadgets dropped, the Nintendo Switch was seeing serious shortages with many consoles going for well over their typical $299 suggested retail price.

The pandemic has also pushed many of these buyers online, making it easier for scalpers to do a great impression of Smaug the dragon, hoarding their treasure.

Well, also disrupting manufacturing and supply chains to various degrees, making it harder for chipmakers to keep up with demand. All in all, it's been a perfect storm of factors that are keeping that GPU or console out of your hands.