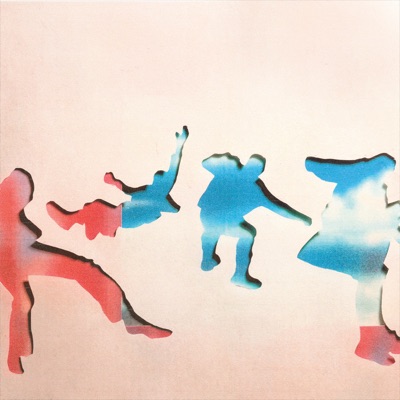 Growth, both literal and musical, has been a major component of the career of 5 Seconds of Summer. The Australian pop-rock band went from YouTubers  covering popular songs during their high school years to major-label stars releasing four studio albums featuring increasing experimentation and widening influences from pop-punk to new wave. Their upcoming fifth album, 5SOS5, set to drop on September 23, continues to show their evolution.

In the newest episode of MTV News documentary series “The Method,” band members Luke Hemmings, Michael Clifford, Calum Hood, and Ashton Irwin discuss developing the majority of the album themselves and how they created its lead single, “Complete Mess.” The band booked a studio for a month with just the four of them sitting in a room, making music. “The album and a lot of the songs on it are more introspective, and [they] look at the bigger picture of stuff,” Clifford says. “I think it was very much in line with what we wanted to create.”

He also mentioned the fraternity that arose making an album this intimately. “In the past whenever, we [had] gone to make music, it was us going in with someone else and letting them drive the ship. But [this time] it was awesome to see each other grow and where we’re all at now musically as musicians, writers, and people. It was a beautiful process.” The development most importantly helped the four connect together as brothers.

But while new wave vibes led their previous albums Calm and Youngblood, “Complete Mess” dives into 2000s alt-rock with a more mature but quite nostalgic sound. “I think on the third and fourth album, a lot of times you would focus on the melody and just fill in the blanks,” Hemmings says. “Whereas ‘Complete Mess,’ for me, was more like stream-of-consciousness. What happened there is what you hear, and the lyrics that [were] just subconsciously sitting there. That was very refreshing for us as a band, as opposed to when you sometimes write a song, you bash your head in the wall for eight hours trying to get it right.”

The growth of 5SOS can even be seen in the accompanying profound music video for “Complete Mess.” Set in a desert, the quartet can be seen lying on their backs on the sand and walking in separate ways throughout the video. However, they join together again at the end and walk towards a blue orb of light, which represents “the place where all the songs, all the love, and everything comes from in this life,” Irwin says. “I guess the metaphorical sense is that the four of us are in this infinite place of creation, and the dessert represents that. “During the video, you’re seeing their reflections and their consideration of ‘who the hell am I?’ and ‘what am I when I’m a part of all this?’”

“As songwriters, you happen to hear your source, your core, your truthful message that comes naturally without bending to your will,” he continues. “That video is a more mature concept for us, which was pretty scary, because I don’t know if our fans are necessarily super into spiritualism or anything like that, but we were trying to show the world we are following an intuitive purpose here and we could sugarcoat it a different way, but this how it feels.”

In the end, 5SOS wants fans to absorb their music as a way to understand the work put in creating the album and single. “I don’t think there’s a singular thing I want the people listening to take away from it,” Hood says. “It’s more just kind of feeling it. We spent a lot of time recreating the place where we first created music, and I think it’s shown in that.”