Napster, Winamp, RealPlayer – Where Are They Now 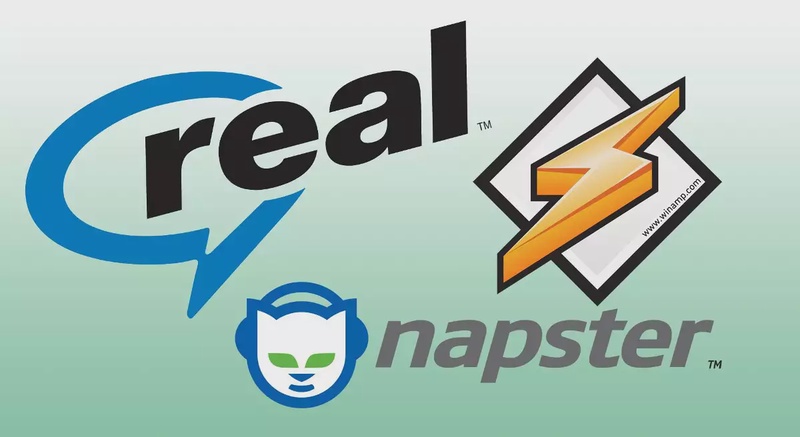 History is littered with examples of dominant forces that later fell by the wayside. The Roman Empire, disco music, Dallas Cowboys and so it is in the tech world. To kick things off we're going to look at some of the ways that we all used to enjoy digital media before Spotify and YouTube came along.

If you grew up in the 90s you probably used Real Player at some point, whether it was to listen to music or watch a video clip, as it was one of the very first streaming applications to gain widespread popularity. In fact the first ever sporting event streamed live online was over Real Audio back in 1995. Of course the real in Real Audio probably oversold the players capabilities. During Real Players Zenith in the late 1990s and early 2000s most people were running painfully slow dial-up connections, which meant that their streams were often fairly low quality, assuming they worked at all, and real player was notorious for being a clunky error-prone program that was jam-packed full of advertising.

But it was still a piece of tech that most people tolerated because few other programs delivered streaming media. That is until Microsoft and Apple started providing their own streaming software in their consumer operating systems and also made streaming software freely available for administrators, who previously had been forced to pay Real Networks to get this functionality on the servers for their websites. And then, as time went on standards like Adobe Flash made the clunky Real Player more and more irrelevant. But, believe it or not Real Player is actually still around today as a general-purpose media player supported by ads and subscription fees. Even if the general consensus is that other media players like VLC accomplished the same tasks in a simpler package. Bottom line I don't see Real Player making a big comeback anytime soon.

WinAmp was a more general-purpose music player than Real Player. Debuting in 1997 it quickly caught on with PC users around the globe and eventually boasted a user base of around 90 million. Right out of the gate people loved its resource light operation, its incredible customizability, guys WinAmp skins were big way before CS:GO ones, and its ease of use. All you had to do to build a playlist was select and drag some mp3s in to WinAmp and you could be your own personal DJ. It was a really cool idea at the time, unsurprisingly when ABS demise was largely the work of bigger companies. AOL bought went up in 1999 and used it as a vehicle for expanding its own internet service by asking users to sing-up for AOL whenever they try to install WinAmp. To fight the fact that AOL's parent company could have just made money by offering their huge music library to WinAmp instead.

Since many WinAmp users were music enthusiasts and power users who cared about audio quality and the overall listening experience, the integrated AOL ads and the fact that their beloved player had been taken over by a company known for a sandboxed internet service was pretty off-putting. Combined with the iPods release in 2001 which required rival program iTunes to function, WinAmp was never able to fully realize its potential. Though its user base actually kept growing until 2007, thanks to its popularity with users outside the US, where it was developed.

WinAmp was eventually sold to a Belgian company and an updated beta appeared in 2016 with another update in 2018. But the many years of neglect, combined with the popularity of modern streaming audio services means that while WinAmp still has about 30 million users worldwide it's unlikely to recapture its past glory.

A file-sharing service that quickly became known as a hotbed for music piracy. The basic idea behind Napster was that it allowed users to directly download music from the computers of other users, suddenly giving the public access to tons of "free music" including hard-to-find tracks. So all you needed to do to be the cool kid in class was to know how to use Napster and have a CD burner. Of course the record companies sued Napster and won, because the courts found that while Napster wasn't providing the music itself, it was aware that copyright infringement was going on its network and had the ability to stop it but failed to do so. This differs from torrent applications like Cubitt torrent which only allow users to connect to any of thousands of servers that provide tracker files, it's a much less centralized approach and a more difficult target.

After the original Napster was forced to shut down the Napster logo and Brent actually lived on. They were purchased and since then changed hands a few times, with each subsequent owner attempting to capitalize on Napster's name recognition to sell licensed music, both on a personal basis and through a subscription model. Napster was eventually bought by Rhapsody and actually still exists today as a streaming music service with a monthly fee similar to Apple Music. So I guess it goes to show you guys, if Napster can go legit anyone can.