5 Facts about The Black Phone: A Horror Movie That Breaks Stereotypes of Ghost Characters

The horror film titled "The Black Phone" will enliven Indonesian cinemas on June 22, 2022. The film produced by Universal Pictures studio not only displays horror scenes that make the audience move from the cinema seats but also brings fresh air in the world of scary films. 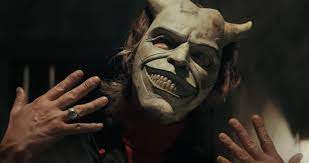 The reason is, the film breaks the stereotype of ghosts who are generally evil characters in horror films. The film presents a new scenario that is not commonly found in cinema, unlike horror films in general.

So, what kind of excitement is presented by the film? Check out the following list of 5 facts about The Black Phone movie.

1. Production is headed by a veteran director

The Black Phone is directed by Scott Derrickson, a veteran director who has worked on a myriad of Hollywood films. Derrickson became a 'subscriber' for various horror story films, for example he had worked on "The Exorcism of Emily Rose", "Sinister", "The Day the Earth Stood Still", and "Deliver Us from Evil".

2. Adaptation of a novel by a famous horror story writer

The story in the film The Black Phone is adapted from the novel collection of horror stories entitled "20th Century Ghosts". Investigate a calibaration, the book was written by the son of Stephen King, namely Joseph Hillström King aka Joe Hill. Joe Hill follows in the footsteps of his father who has written several popular horror novels such as "Carrie", "It, Pet Sematary", and dozens of other horror stories.

3. Ethan Hawke is a villain

This film stars one of the familiar faces in Hollywood, namely Ethan Hawke who plays the character "The Grabber." The character is described as a masked criminal who often kidnaps children due to childhood trauma.

Hawke revealed his experience when playing the character The Grabber. He feels more free when wearing a mask that is identical to the character.

He is also very satisfied playing the character because the background of the villain has a satisfying revenge story.

This film tells the story of the rampant kidnapping of children in Colorado in 1978. The perpetrator of the kidnapping is none other than the aforementioned The Grabber.

The main character, Finney, becomes one of the potential victims who are preyed upon by The Grabber. So, he must find a million ways to survive the kidnapper's threat.

This film carries a unique scenario because it depicts ghost characters as helpers. Finney finally gets a mysterious call from the spirits of the victims of The Grabber.

These spirits help Finney's adventures in order to survive the hands of the vile The Grabber. So, what is the fate of Finney and how is The Grabber's vile action and makes the audience move from the theater seats? You can watch The Black Phone in theaters near you starting June 22. Enjoy watching!

the black phone: a horror movie