Authentic Korean BBQ Recipes to Try at Home: From Bulgogi to Galbi and Beyond 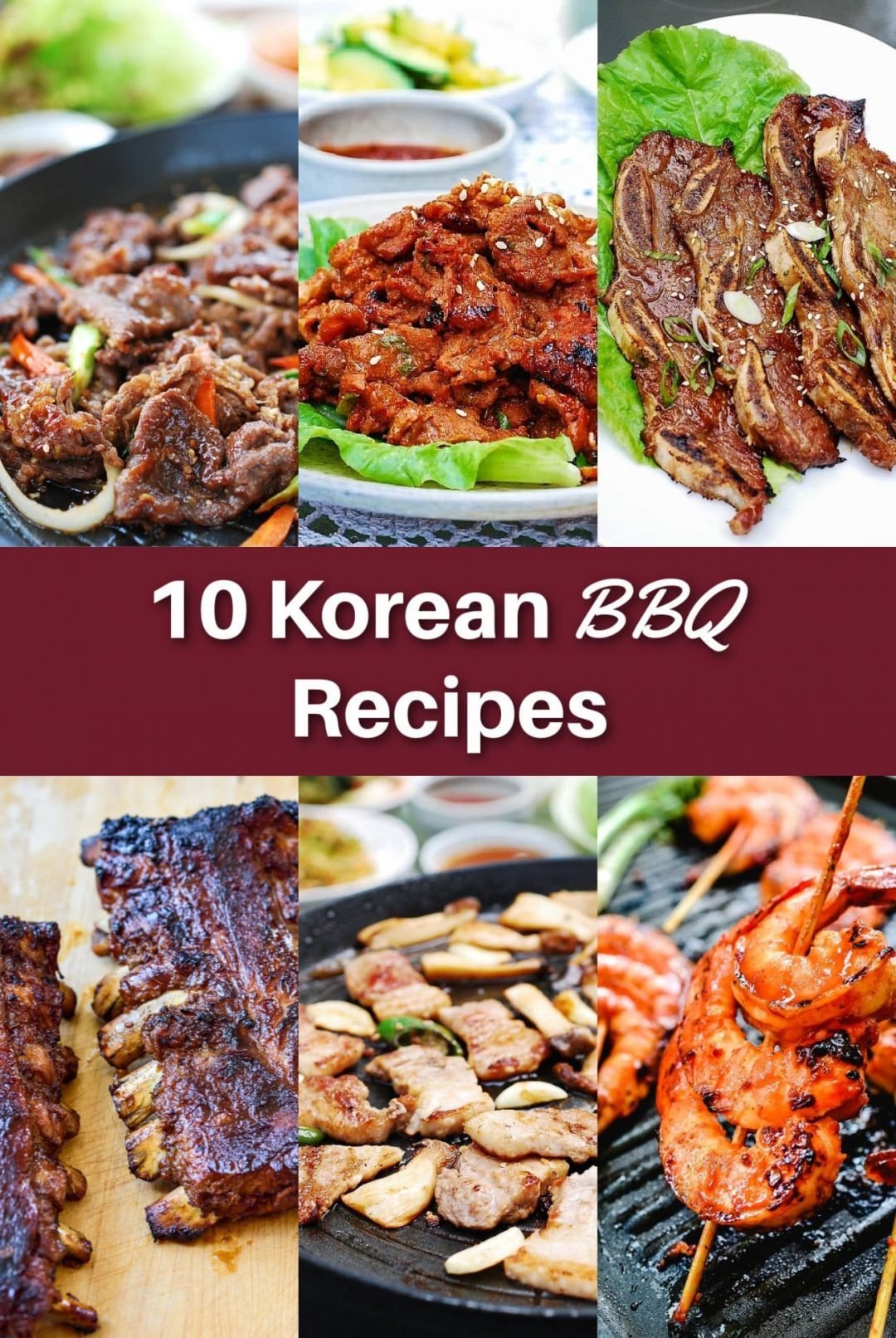 Korean BBQ is a delicious and flavorful type of Korean cuisine that involves grilling a variety of meats, such as beef, pork, and chicken. If you are looking to make Korean BBQ at home, there are many delicious recipes that you can try.

One classic Korean BBQ recipe is bulgogi, which is made with thin slices of marinated beef that are grilled or pan-fried. To make bulgogi, you will need the following ingredients: 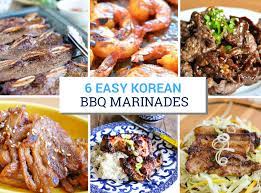 A pinch of black pepper
To make the marinade, combine the soy sauce, brown sugar, sesame oil, garlic, green onion, pear or apple, and black pepper in a bowl. Place the thinly sliced beef in a separate bowl, and add the marinade. Cover the bowl and refrigerate for at least 1 hour, or up to 24 hours.

When you are ready to cook the bulgogi, heat a grill or griddle pan over high heat. Place the marinated beef slices on the grill or griddle, and cook for 2-3 minutes on each side, or until the beef is cooked to your desired level of doneness. 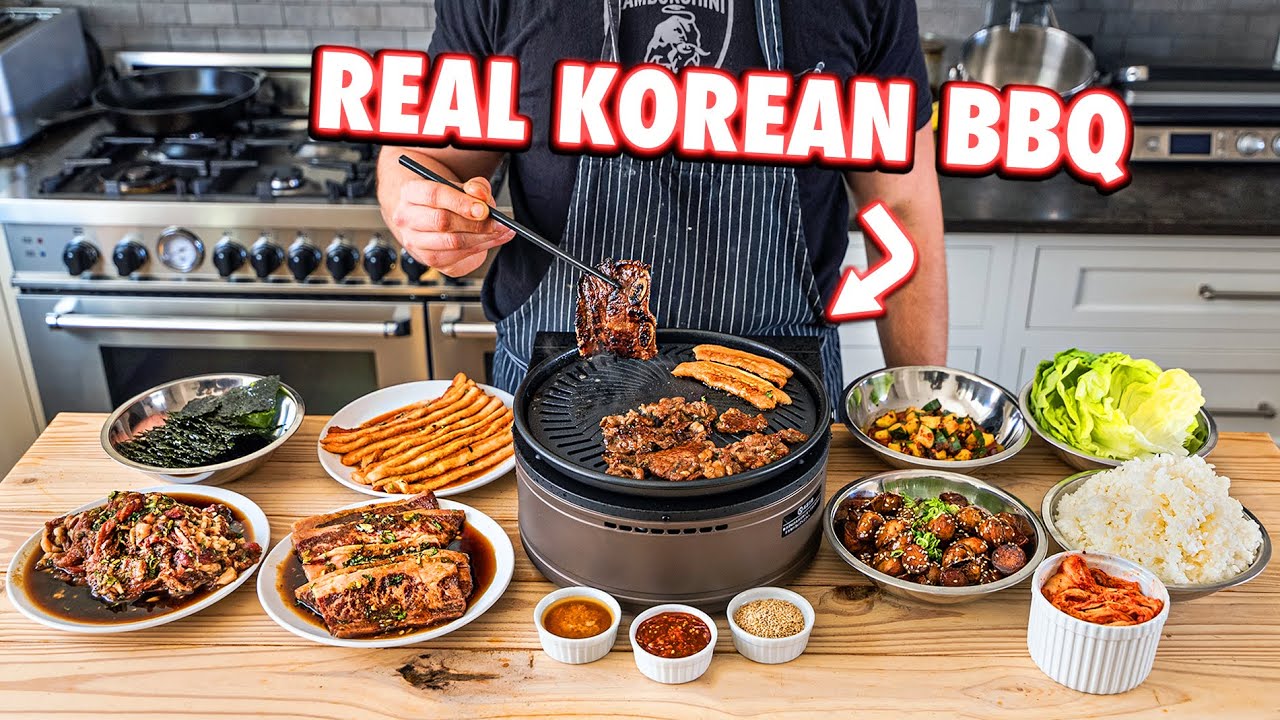 Other popular Korean BBQ recipes to try include galbi (marinated short ribs) and samgyeopsal (thick slices of pork belly). With a little bit of preparation and some bold and flavorful ingredients, you can easily enjoy the delicious taste of Korean BBQ at home.

Korean BBQ, also known as gogigui, is a popular and delicious type of Korean cuisine that involves grilling various meats, such as beef, pork, and chicken, at the table. Korean BBQ restaurants typically offer a variety of meats that are marinated in a variety of sauces and spices, and they are served with a variety of side dishes, or banchan, such as kimchi, pickled vegetables, and rice.

One of the unique features of Korean BBQ is the way the meat is cooked. Many Korean BBQ restaurants have grills built into the tables, allowing diners to cook their own meats to their desired level of doneness. This interactive and social aspect of Korean BBQ makes it a popular dining experience for groups of friends or family. 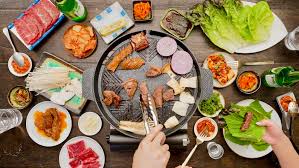 In addition to the meats, Korean BBQ restaurants also often offer a variety of other dishes, such as soups, stews, and rice bowls. Some popular dishes to try include bulgogi (marinated beef), galbi (marinated short ribs), and samgyeopsal (thick slices of pork belly).

When dining at a Korean BBQ restaurant, it is common to wrap the cooked meats in lettuce or other vegetables, along with a variety of sauces and seasonings, to create a flavorful and satisfying bite. This wrapping technique, known as ssam, allows diners to customize their own meals and create a variety of flavors and textures.

In addition to the main dishes, Korean BBQ restaurants also usually offer a variety of side dishes, or banchan, that are served alongside the main meal. These side dishes may include kimchi, pickled vegetables, bean sprouts, and other fermented or pickled foods.

Overall, Korean BBQ is a delicious and interactive dining experience that is perfect for sharing with friends and family. If you are a fan of grilled meats and bold flavors, Korean BBQ is definitely worth trying.

The nutritional content of Korean BBQ will depend on the specific ingredients and cooking methods used. Some common ingredients in Korean BBQ dishes include:

Meats: Korean BBQ typically involves grilling a variety of meats, such as beef, pork, and chicken. These meats are good sources of protein, iron, and other essential nutrients. However, they can also be high in saturated fat and cholesterol, depending on the type of meat and the amount of fat present.

Vegetables: Korean BBQ dishes may also include a variety of vegetables, such as lettuce, onions, and peppers, which are good sources of fiber, vitamins, and minerals.

Sauces and seasonings: Korean BBQ dishes are often flavored with a variety of sauces and seasonings, such as soy sauce, sesame oil, garlic, and green onions. These ingredients can add flavor and nutrition to the dish, but they may also contribute to the sodium and fat content.

Overall, Korean BBQ can be a delicious and nutritious meal when enjoyed in moderation. However, it is important to pay attention to portion sizes and to choose lean cuts of meat and a variety of vegetables to help balance out the nutrition of the dish. 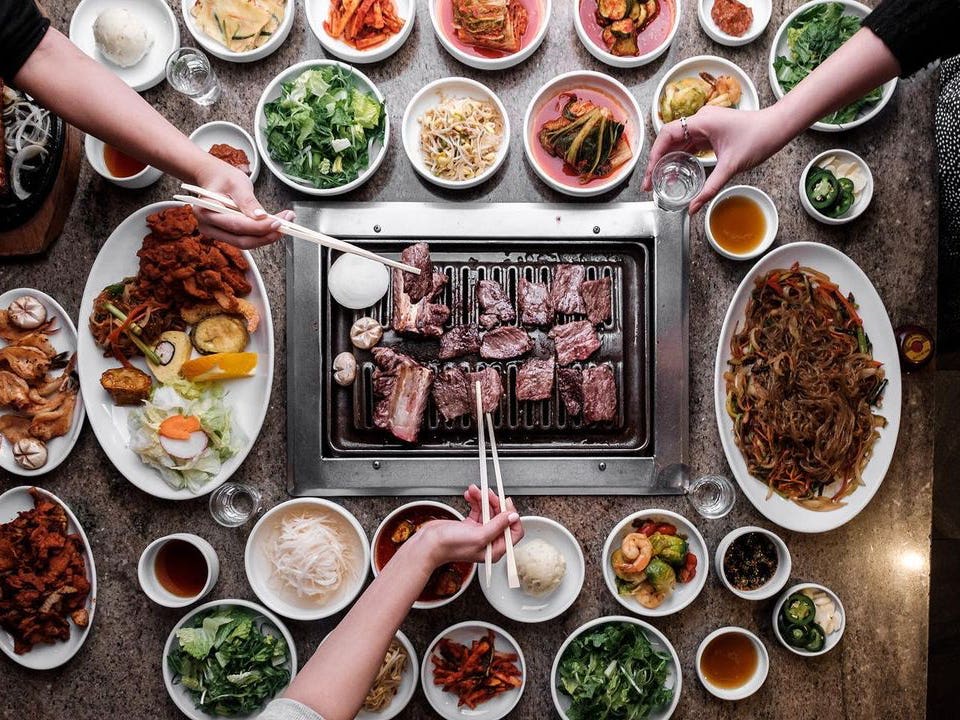 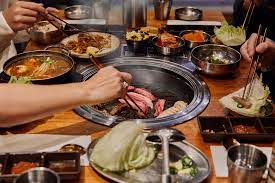 Korean BBQ at Home: Delicious Recipes for Grilled Meats and Side Dishes to Enjoy Anytime

Master the Art of Korean BBQ: Delicious Recipes and Tips for Grilling at Home