What is an electronic cigarette

Smokers are nowadays often uncomfortable, and many have switched from paper cigarettes to "heated cigarettes" such as "Icos," "Glow," and "Plumtec" in order to avoid inconveniencing others. At the very least, the problem of secondhand smoke is considerably reduced, and for the smokers themselves, the amount of tar, which is considered a factor in lung cancer, is also reduced, so if you are thinking about reducing or quitting smoking, you are one step ahead. However, the term "vape" is often heard these days. It seems to be an electronic cigarette, and switching to a "vape" is said to be a way to virtually quit smoking, but how is it different from a "heated cigarette"? 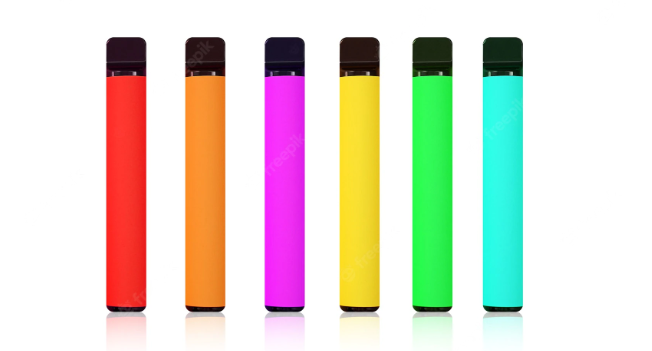 First of all, "heated cigarettes (tobacco vapers)" such as "Icos," "Glow," and "Plumtec" are taxable "cigarettes" and are different from "e-cigarettes" (vape).

The feature of heated cigarettes is that tobacco leaves containing glycerin are heated at high heat without being burned to produce nicotine-containing vapor, which is then inhaled. Plumtec is unique in that it generates glycerin vapor and the nicotine-containing vapor is inhaled through a "tobacco capsule" made of finely chopped tobacco leaves. The vapor is cooler than that of "Icos" and "Glow," so it produces almost no odor.

The mechanism of the PlumTec is actually very similar to that of a vape. The structure is the same up to the point before the last cigarette capsule is passed through, and a "VAPE" replaces the "cigarette capsule" with a flavoring to enjoy the aroma. In other words, what is commonly called an "e-cigarette" is not exactly a "cigarette" because it does not contain nicotine in Japan. This is precisely the reason why switching to a "vape" = quitting smoking.

Are non-nicotine "vapes" more like "aromatherapy devices" than cigarettes?

In Europe and the United States, nicotine-containing liquids are sold, which are indeed cigarettes (called "e-cigarettes" or other similar products) themselves. However, the sale of nicotine-containing liquids is prohibited in Japan, so the "electronic cigarettes" or "vapes" distributed in Japan are non-nicotine and not "cigarettes. Rather, they can be called "aromatic devices" if they are used for inhaling vapor of various flavors.

What are the health effects of vaping?

The main ingredient of the liquid used in a "vape" is mostly a mixture of propylene glycol (PG), which is used as a food additive or drug base, and vegetable glycerin (VG). When heated, it emits white vapor. The vapor from "Icos" and other heated cigarettes is made of the same ingredients, as is the smoke that is burned at concerts and other events. Flavoring is added to the vapor and sold as liquid for e-cigarettes.

Since all of these ingredients are at the food level, it is currently believed that they are not harmful to the human body unless ingested in large quantities. However, since the history of e-cigarettes themselves is still young and devices are evolving day by day, research results are not yet available. So, you need to decide whether or not to enjoy them at your own risk.

Buy through trusted channels! Where can I buy a "vape?"

There are a myriad of types of "vapes," ranging from reasonably priced ones to explosive-smoking types. Most are made overseas, and there are so many products in the world that it is impossible to know the total number of vapes in circulation. Many products are made in China vape factory, but it is safer to get an authentic product from a reliable manufacturer. There is little risk of getting a counterfeit product from a well-known e-cigarette specialty store such as "vape studio," e-cigarette sales outlets such as Don Quijote, or online shopping sites such as Amazon and Rakuten.

The face-to-face sales at "vape studio" stores are a strong point, as they offer consultation on how to choose and use e-cigarettes, as well as the opportunity to try out liquid cigarettes. The price is rather expensive, but beginners can consider it as a price including the support fee. On the other hand, online vape shops, where you can get vapes at low prices, sometimes sell counterfeit products, so you need to protect yourself by checking reviews and getting vapes from a reliable store.

What Makes Vaping Better Than Cigarettes?

WHY CHOOSE THE ELECTRONIC CIGARETTE?

What Are the Health Risks of Smoking Cigarettes?

Vaping in New Zealand: The Best E-Cigarettes for Kiwis