Over-the-air digital video recorders are devices that are capable of recording your favorite shows aired on televisions. Whether it is from cable subscriptions or an antenna connection, over-the-air DVRs can record and stream live TV. This device has been popular for a few years now, allowing viewers to watch their desired shows without having to pay for cable. In this video, we’re going to look at the top five best over-the-air DVRs currently available on the market. We made this list based on our own opinion, research, and customer reviews. We’ve considered their quality, features, and values when narrowing down the best choices possible. For cord-cutters, there’s nothing on the market quite like AirTV. Although it’s not the only networked TV tuner and over-the-air DVR combo you can buy, it’s the only one that ties into Sling TV, letting you watch local broadcasts and streaming cable channels through a single app. AirTV now has a new version of the tuner that’s smaller and more attractive, with Wi-Fi 5 for streaming over either a 2.4- or 5-GigaHertz network. AirTV 2 itself is not a streaming video player, and it does not connect directly to your television. Instead, it hooks up to an over-the-air antenna and streams live TV to other devices, including phones, tablets, most streaming players, and some smart TVs.

That way you can set up a single antenna wherever you get the best reception and watch on any TV throughout the house. You can also plug an external USB hard drive into the AirTV 2 and record local channels, effectively turning the device into a whole-home DVR for your antenna. The Sling TV application is available on both iOS and Android systems. AirTV 2 can be used solely as a live TV tuner while also featuring compatibility with external drives for you to record shows. It is an excellent cheap alternative to home entertainment. You can record 2 live streaming shows at the same time with AirTV 2 as it has 2 available tuners built-in for your LAN. It supports a minimum of 50 gigabytes and a maximum of 2 terabytes of USB 2.0 Storage.

However, its cons are: It does not allow ad-skipping and Its over-the-air integration still doesn’t work on all versions of the Sling TV app. You can access local channels through Sling TV on Roku, Amazon Fire TV, iOS, and Android mobile, but not on Apple TV, game consoles, web browsers, or smart TVs from Samsung, LG, or Vizio. AirTV 2 is perfect for viewers who want an affordable DVR that can provide basic streaming features. The NVIDIA Shield Android TV Pro is kind of an odd unit on our list. It’s a device that is designed to bring a new form of home entertainment on your TV. The Shield is considerably a gaming console that brings more than just gaming to the table. In terms of DVR functionality, you can download different apps that will do the job for you. You can either opt for paid services such as Sling TV and PlayStation Vue or use free apps such as Plex with its live TV capabilities. There is more to expect from the Shield and that includes the ability to download apps from the Google Play store. With all that in mind, NVIDIA Shield is considerably a gaming DVR in this case. A packed full of entertainment in a box.

To make things even more interesting, the Shield is also compatible with voice assistants such as Google Assistant, Alexa, and others. Its video features are capable of handling resolutions such as 4K, Dolby Vision, Dolby Vision HDR, and HDR10. This top-notch device offers 16 gigabytes of storage, which can be expanded by USBs and hard drives. The NVIDIA Tegra X1+ processor powers the Shield. It is compatible with voice command systems like Google Assistant and Alexa. It comes with a shield remote that features motion-activated backlit buttons, Bluetooth connectivity, and a locator. It provides excellent connectivity as it runs via Gigabit Ethernet, HDMI 2.0b with HDCP 2.2 and CEC support, and Two USB 3.0 Ports.

However, the CONs are: There is no HDR for Youtube and It is a bit expensive. The NVIDIA Shield Android TV Pro is perfect for those who seek more than just a DVR. It is capable of being a gaming console, streaming shows, and even serving as a smart home hub with its voice command system. Amazon is a well-known company in the e-commerce industry. So it is no surprise that they ventured into the DVR market. One of the company's latest offerings is the Amazon Fire TV Recast, a DVR that lets you watch and record over the air TV at home with Fire TV or Echo Show or on the go compatible devices. Furthermore, this DVR provides incredible entertainment and leisure experience. The Fire TV Recast is a 2.9-by-7.2-by-7.2-inch HWD black plastic box, designed to fit your entertainment segment at your home. It runs on a Fire TV media streamer that can be controlled via the Fire TV app. Its software features a smart display and user-friendly navigation to access streaming applications all over the internet quickly. The Amazon Fire TV Recast is compatible with Alexa, a voice-enabled command system. It offers free subscription streaming. It can record up to 4 shows at a time, depends on the model, and store up to 150 hours of high definition quality recordings. It is available in 2 variations: the 2-tuner with a 500-gigabyte 75-hour set, and the 4-tuner with 1-Terabyte 150-hour set. It offers a quality channel scanner and a signal quality measurement feature.

However, you need to have a Fire TV to use this DVR. If you are an Amazon member and an avid Fire TV streamer, then the Amazon Fire TV Recast is a highly recommended DVR that can cater to your needs. The Tablo Quad is a 4-tuner USB-compatible DVR that features fast streaming on your television. This device connects you directly to your internet router for fast recording, browsing, and streaming of your favorite movies and shows. The Tablo features internal storage for downloading files that you want to watch on your television. It can play or record four broadcast TV channels at a time, for your full enjoyment and leisure. The Tablo Quad offers ideal connectivity as it allows you to see what else is on while watching live TV on Roku, Fire TV, Apple TV, and Android TV. It allows the pre-recording of live shows for replays and re-runs. It also offers an advertisement skipping feature. This device does not require HDMI connection, you only need to connect it to a router and you’re good to go. The basic live TV recording and playback functions aren’t charged with a subscription as well. It offers a dual-band AC Wi-Fi, for precise positioning to look for better receptions.

However, although basic recording and playback are free, a subscription is required for its full features. If you’re looking for a DVR that can handle the demands of streaming in a large household, then the Nuvyyo Tablo Quad is just the device for that. 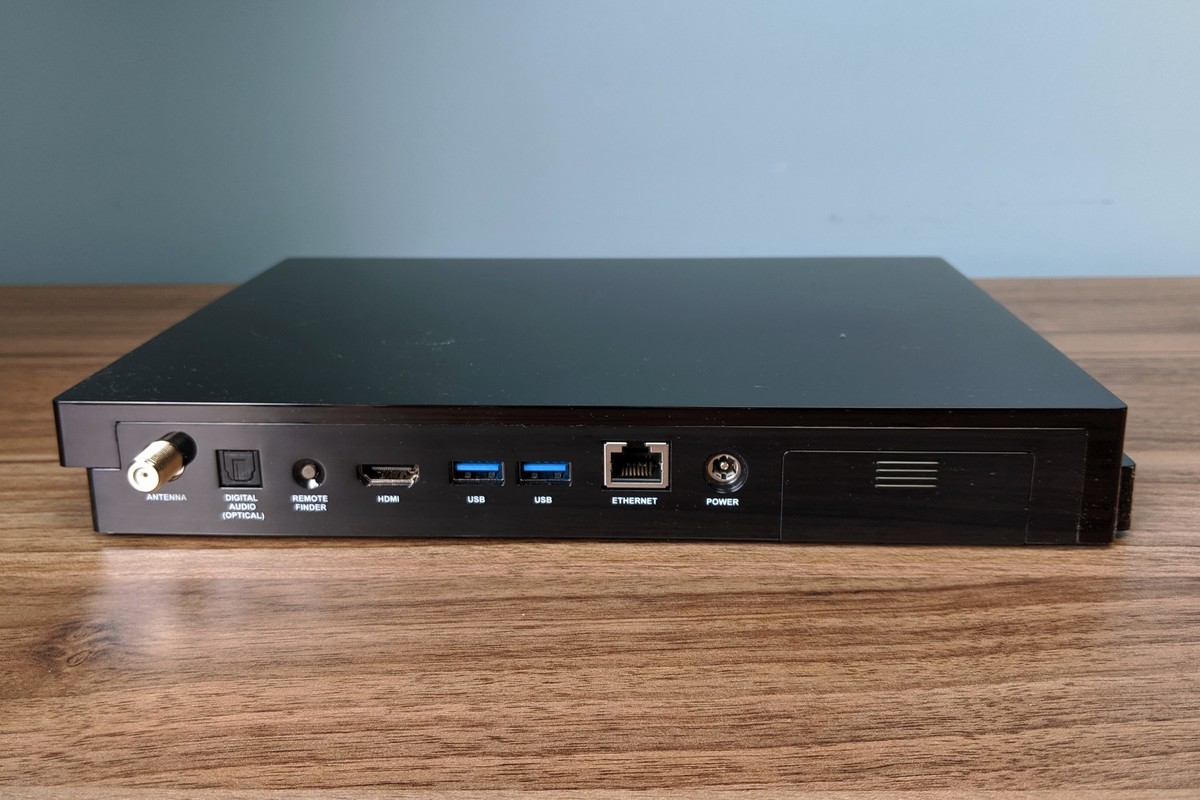 The best thing about TiVo has always been its fundamentals. No other DVR gives you as much control over which programs to record and how to record them, and no other DVR makes live TV viewing so convenient. TiVo Edge puts over-the-air TV, recordings, and top streaming apps such as Netflix, Prime Video, Hulu, and HBO Go all in one easy-to-find place. It has 2 terabytes of storage and can play or record up to four broadcast channels at the same time. Compared to its predecessor, the TiVo Edge has a faster processor and more memory with 4 gigabytes instead of 3. The TiVo Edge supports Dolby Vision HDR and Dolby Atmos. You can schedule and record up to 4 shows at once with this DVR, and it stores up to 300 HD hours. You can watch it on your tablet or phone using the TiVo app. It also comes with the TiVo Lux remote that allows you to search all TV channels, recordings, and streaming apps simultaneously.

However, the cons are: Recordings are getting pre-roll video ads and  Whole-home DVR requires expensive add-on boxes. If you want a DVR that includes all your needs for your viewing, then the TiVo Edge is the perfect top-performing overall DVR for you. And that is all for our top five over-the-air DVRs on the market.