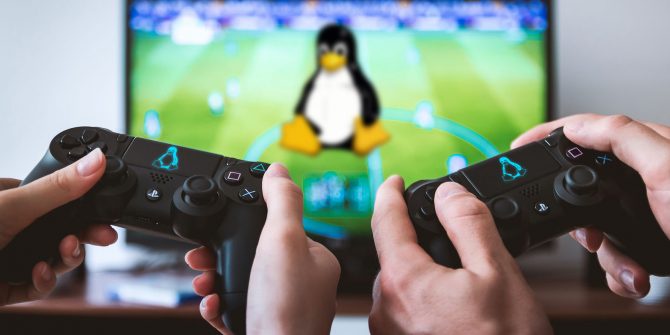 Okay, you don't need to be a hacker to use Linux. In fact, all you really need is a spare flash drive, live USB software like Rufus or balenaEtcher, and a little bit of patience.

But why would you ever use Linux? For me, it can be summed up in two words: Windows 10. From the system bloat, to the start menu advertisements, to forced automatic "security" updates, Windows 10 has been a nearly endless source of frustration for me. The final straw came in fall 2018 when my hard drive got nuked by an update and I lost all of my work in progress videos. So, I was left with two choices: go back to Windows 7 or learn how to use Linux. And since I wanted nothing more to do with Microsoft, I chose the latter. So if you're a fellow victim of Windows 10, or if you're interested in the current state of Linux Gaming, you've come to the right place.

Elaborating on the earlier point of "why Linux?", I think it's important to examine the pragmatic and philosophical reasons involved. Regarding the former, arguably the strongest case for using Linux is that it is completely free. There are no hidden fees, advertisements, or spyware uploading your private data back to the corporate mothership. And considering that a legitimate Windows 10 license key can cost up to 200 US dollars, that's quite a bit of money you can save towards games or better computer hardware.

Another compelling reason to use Linux is that leaves you alone. Cortana doesn't annoy you while setting up your desktop, and the operating system doesn't restart to update in the middle of an important task. Additionally, I think it's important to discuss the underlying moral principle behind Linux: freedom. With Windows, Microsoft controls what you can and cannot do with your computer. You cannot disable their telemetry. You cannot disable automatic updates. At any time, they can push out an update that changes your computer as they see fit while you helplessly watch.

Meanwhile, there is no central authority that dominates Linux. Any person can change the desktop experience to suit their needs since the source code is easily accessible and freely distributed. That's why there are so many flavors of Linux around, since they all achieve different visions. Ubuntu seeks to offer a stable and user-friendly experience. Arch offers bleeding edge software. Gentoo maximizes system performance by having you compile everything from scratch. And if the maintainer of your current distribution changes it in a way you don't like, you have dozens of alternatives to switch to.

Now, with those benefits in mind, Linux does have its fair share of limitations, especially regarding gaming. Since most PC developers target Windows for their titles, Linux support is threadbare at best. Most native games come from indie developers or from a few porting studios like Aspyr and Feral Interactive. As a result, we only see a small subset of titles that Windows users get. Also, given the variance in our setups, some native games can have weird issues running on specific distros. For instance, I had to symbolically link some SSL libraries to get Borderlands 2 to run. And I still haven't been able to get Company of Heroes 2 working despite trying a myriad of workarounds.

That said, these examples tend to be edge cases, since the majority of games I've tried have had no problems running. Despite there being thousands of Linux titles on Steam, even more can be played unofficially. Enter WINE, a compatibility layer that lets you run Windows applications. Now, it's not perfect, as some applications refuse to launch and others have significant performance or stability issues.

Furthermore, WINE has historically been a bit tricky to setup for the average user, as certain applications had dependencies on Windows-specific fonts and dll files. Thankfully, Valve has streamlined a lot of this process by directly integrating WINE and related projects like DXVK and D9VK into the Steam client. For officially-whitelisted titles like Dark Souls 3 and DOOM 2016, no extra configuration is needed. All you need to do is install them, perform first time setup, and play.

Once you're inside these games, the experience is nearly identical to that of Windows, with there generally being a mild 5-10% performance impact due to Wine's or DXVK's overhead. Unfortunately, the whitelist isn't very large right now, as only a couple dozen titles have been officially greenlit. Additions to the list also have rather infrequent since Proton's launch last year. However, if you're willing to experiment, you can enable Steam play for any game in your library. With certain titles like Sekiro: Shadows Die Twice or Risk of Rain 2, that's all you need to do, and they run with near parity to Windows.

However, in the many less than ideal cases that require terminal configuration, I've encountered sound cutting out, frequent crashes, hefty framerate drops, graphical glitches, and so on. And there's the case where a game will flat-out refuse to run, generally due to the included DRM or anti-cheat software. Valve is working with these developers to address this issue, but in the meantime, keep in mind that many popular competitive multiplayer titles like PUBG and Rainbow Six Siege won't work on Linux. To assist you in this trial and error process, I'd highly recommend checking out protondb, a community-curated database that lists the status of over 9000 steam games. It's been an invaluable tool for figuring out crash workarounds and methods to improve performance. It's also highly useful for quickly determining if a game is borked or not.

Okay, Steam is great, but what happens when you want to play a game that's on a different platform like GOG or battle.net? Well, there are many community-made solutions to this problem such as PlayOnLinux or Lutris. I only have experience with the latter, but it does an excellent job of automating a lot of the configuration needed for WINE thanks to user-made scripts. Again, some games will not run due to anti-cheat or DRM. So, what does the future hold for Linux gaming? Well, Google Stadia is releasing soon and is based on Debian-Linux and utilizes Vulkan for the graphics API. Even if these ports don't make their way to Steam, Vulkan support will make WINE's job a lot easier, improving compatibility and performance in these titles. If this video's gotten you interested in trying out Linux for yourself, then I'd like to make two specific recommendations. For a standard-release operating system like Windows XP to Vista to 7, I'd recommend checking out POP OS by System 76. It's based on Ubuntu, which is the distribution officially supported by Valve and most game developers.

Another nice touch is that if you have Nvidia hardware, then System 76 will include the latest drivers in an alternate download, removing the need to manually install them.For a continuously-updated experience similar to Windows 10, I'd recommend checking out the rolling release distro Solus. It's built from the ground up to offer a modern and intuitive desktop without intruisive automatic update. Important gaming software like Discord, Steam, and Lutris are included in the software center by default. Regardless of which option you take, there is an insane amount of visual customization and fine-tuning you can do.

I'd recommend checking out the unixporn sub-reddit to see some of the amazing community-made examples if the defaults don't cut it for you. For those of you that aren't ready to give up Windows but still want to check out Linux, then you can easily create a separate partition that exists in parallel to your current install. That way, you can easily have the best of both worlds by dual-booting, being able to enjoy all of your existing multiplayer games on Windows, while being able to switch to Linux for productivity.