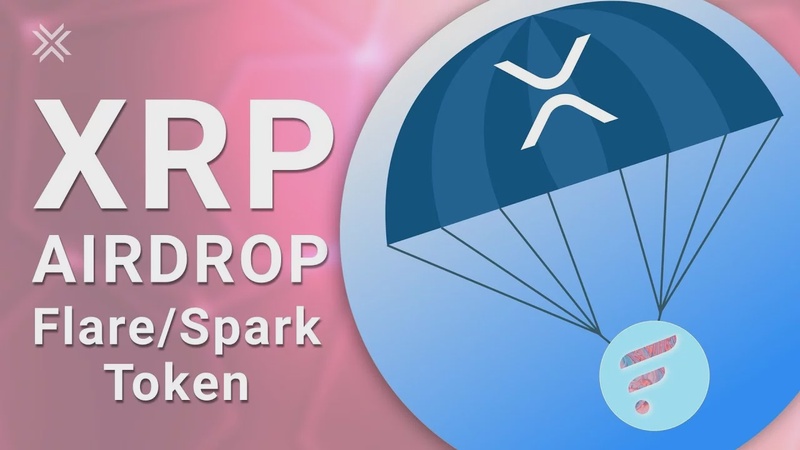 Well, we’re going to dig in and answer the question: What is the Flare XRP airdrop? The Flare XRP airdrop is a way to distribute tokens and incentivize network usage without doing an ICO. Anyone that was holding XRP at the time of the snapshot in December, are eligible to receive the airdrop. It’s quite similar to what uniswap did in November, when they airdropped uni tokens to every Ethereum address that had ever used the Uniswap exchange.

When it comes to claiming Spark token, it will depend on if you held XRP tokens on the 12th of December 2020 and if you’ve registered your XRP address with the Flare network by June 11th, 2021. You can also click the link above to the Exodus blog for more specific details on the airdrop on how to claim Spark token.

We’ll cover the basics of the airdrop, flare network, and use cases of Spark token here. There’s a maximum supply of 100 billion Flare Spark tokens. Of these, 45 billion tokens will be given to XRP holders. The distribution will be a simple 1-to-1, with 1 spark token being awarded to an investor for every 1 XRP they own. So say they own 10 XRP they will receive 10 spark.

The first distribution is set to take place once the Flare mainnet goes live, which should be around the spring of 2021. Initially, only 15% of the tokens will be distributed, and the remaining 85% will be given out over the next couple of years. Presumably, this is being done to reduce selling pressure. In other words, to avoid the recipients selling their Spark tokens all at once.

Now you’ve probably heard of XRP but maybe not the Spark token, so let’s delve in. Spark is the native token on the Flare network and somewhat counterintuitively, the ticker symbol for the Spark token is FLR.

One of Spark’s primary use cases is preventing spam transactions from clogging the Flare network. It will also be used as collateral in various decentralized applications, a bit like how ETH is used as collateral in MakerDAO. Also, Spark can be used for protocol governance, similar to UNI for Uniswap. And of course Spark is the native crypto used to transact on the Flare network. Also, there is something called the FXRP token. So this is a tokenized version of XRP that exists on the flare network.

Right now this tokenized service is only available for XRP, but flare will eventually make other cryptos available, most likely bitcoin next!

Number one, through scaling. Flare’s consensus mechanism allows it to scale in a way that Ethereum can’t. It’s too early to tell exactly how fast Flare is going to be, but it might be significantly faster than Ethereum.

And number two, using Wrapped Cryptocurrencies - So Flare’s main selling point is that it wants to be the platform with the most tokenized assets. We’ve already seen the explosion of wrapped Bitcoin on the Ethereum network. Flare wants to do something similar on their network, just not with Bitcoin.

It’s too early to tell what the future holds for Flare but when we know, you’ll know Are you an XRP holder? Are you waiting to receive your airdrop? How do you think this will affect the price? Let us know your thoughts in the comments.