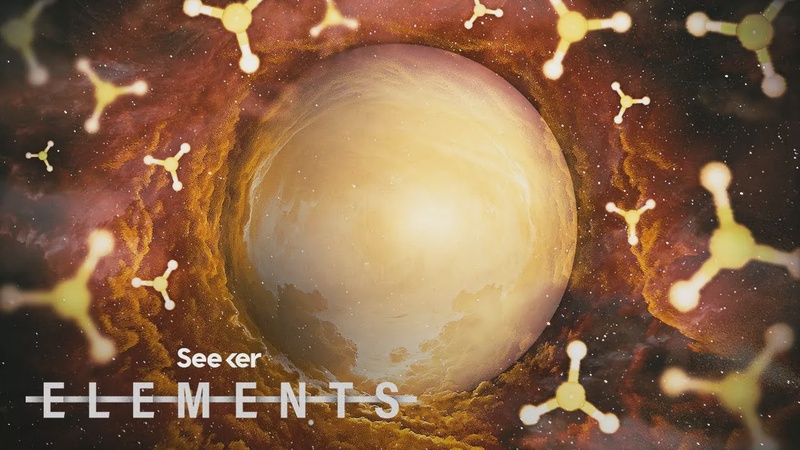 After earning a bad reputation as Earth’s “evil twin”, Venus is finally getting some good press.

Recently, a team of international astronomers announced the discovery of a rare gas called phosphine in the planet’s atmosphere, leaving some to believe it may be a sign of potential life on the hellish planet.

Venus is not a place you’d consider settling down. Despite its proximity to Earth and similarity in size, Venus has surface temperatures hot enough to melt lead, crushing air pressure, and ultra-dense clouds made up mostly of corrosive sulfuric acid.

It’s no wonder that the search for life has been focused on Mars. Yet in June 2017, astronomers made a surprising find while examining data captured by the James Clerk Maxwell Telescope in Hawaii.

Radio telescopes like this take advantage of the fact that atoms and molecules absorb and emit specific frequencies, leaving “fingerprints” that can be used to identify chemical compounds over astronomical distances.

A tell-tale dip in the spectrum showed that phosphine, more commonly expected to be found on Earth, was somehow present in the upper clouds of Venus.

Which is weird, because there shouldn’t be any at all! In 2019, the ALMA telescope confirmed the findings, revealing roughly 20 parts per billion of phosphine.

So, what exactly is phosphine? This pyramid-shaped molecule is considered by some scientists as a potential biomarker, meaning that it could hint at the presence of life.

For a molecule associated with living things, it’s shocking how hostile phosphine actually is. It’s incredibly toxic, explosive, and smells absolutely terrible — think garlic or rotten fish. In labs, it’s used to make fumigants and chemical weapons. And yet, some anaerobic microbes, which don’t require oxygen to live, are believed to be particularly good at naturally producing phosphine. Which is why it can be found in oxygen-starved environments like marshlands, penguin poop, and even some animals’ intestines. And theories on whether the elements of life can be found on Venus have been made, too.

Despite the planet having such an hostile environment, Carl Sagan hypothesized that life could potentially exist in a section of Venus’ atmosphere.

Here, cloud layers higher up can have temperatures as low as 30 °C, with air pressure similar to that found on Earth’s surface. But, before we get too excited about microbial life on Venus, here’s a reality check. The evidence we have so far isn’t specimens, or photos. It’s data observed at a distance, and faint signals on bright planets can be very difficult to interpret despite our best efforts.

But this isn’t the first time we’ve come across phosphine on another planet. For example, in 2009, NASA’s Cassini spacecraft found phosphine deep in the atmospheric layers of Jupiter and Saturn

but it was determined that the immense heat and pressure on those gas giants, not life, fused phosphorus and hydrogen atoms together. Those types of conditions don’t exist on rocky planets like Earth and Venus, so it’s currently thought that terrestrial planets can’t produce phosphine without life.

And phosphine takes a decent amount of energy to create, and could be easily broken down by sunlight or sulfuric acid present in Venus’ atmosphere, so it needs to somehow be constantly renewed.

The team modeled Venus’ environment to see if they could rule out non-biological causes like volcanic or tectonic activity, lightning, or even meteorites. But as of yet, these sources account for at most one ten thousandth of the amount of phosphine detected.

However, living microbes COULD emit enough phosphine, and would continually replace the rapidly decaying gas. Of course, any life found on Venus would have to be very different from its cousins on Earth to survive the extreme acidity. And if it isn't life, the phosphine on Venus would likely come from a chemical process we don’t understand yet.

While this discovery is exciting, we still need more data in order to confirm whether or not Venus is a potential candidate for life. The team is planning to do just that — along with the help of future space missions. Like the Indian Space Research Organization or ISRO, that’s planning to send a probe around 2023 and NASA also has two proposed missions in the works.

One of humanity's most profound questions is whether or not we’re alone in the universe. And each new mission could bring us one step closer to the answer.

How Much Space Do You REALLY Have?